Leveling a FFXIV Blue Mage may seem very intimidating; however, some players reach maximum level with the character within a few hours.

The player controls a customized adventurer avatar as they explore the land and are caught up in an invasion by the hostile Garlean Empire and the threat of the Primals, the deities of the land’s Beastmen tribes.

In time, they are involved in a plot by a Garlean Legatus to destroy the Primals by bringing one of the planet’s moons down on Eorzea. The player is able to choose one of the five playable races as their avatar.

The avatar can have their hair and eye colour, skin tone, birthmarks, scars, and facial features can be customized. In addition to the race, the player is also able to choose one of 18 classes, one of which is the Blue Mage.

What is the Blue Mage?

The Blue Mage is designed for solo play and can reach a maximum level of 70. The class is sort of pushed away from everyone else, and is thus incredibly hard to level up by standard routes.

Doing a normal dungeon as a blue mage can be difficult without help, and the mages are expected to fight the basic opponents. That is because Blue Mages learn spells from watching opponents attack, then copying those special moves. 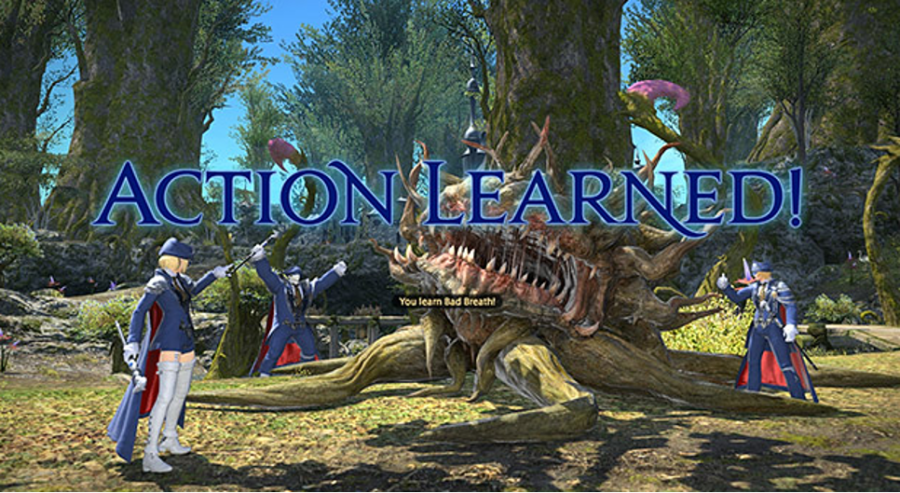 The basic steps for leveling a Blue Mage character stays the same throughout the journey to level 70. It is recommended that players use a standard experience point (XP), increasing items that they already may have, such as the Brand-New Ring, Friendship Circlet and XP food.

Players should use these items for as long as it gives the XP buff. Killing mobs with a higher level than the character can also increase the leveling up journey, as players get a Chain Bonus which yields more XP for kills.

However, this is a varying step, as different players are comfortable with different level enemies. It is recommended that players always have their Chocobo, set in a healer or tank stance, with them.

The player can change the stance to attack once they feel comfortable enough to do so. Players should progress through the Blue Mage quests until they get blocked by a requirement, which would most likely be to learn a specific spell, or progress in Carnivale.

However, players can ignore the Carnivale for now and, instead, go through the open world spells in increasing order of levels. If the player meets the requirements to progress the Blue Mage quests, they can continue to work through them.

While the player is working on getting spells, they should kill mobs in that area within their level to increase their level. Players can upgrade their gear if they feel they are not doing enough damage, or if they are dying too easily. New gear can be bought from a vendor or it can be crafted.

The road to level 50

It is recommended that the character gain 10 spells as quickly as possible, as this will allow the player to learn White Wind from the Blue Mage non-player character (NPC). This skill is the only healing spell players will have access to for a long time.

Players can start off in Lower La Noscea to kill enemies, while they wait for Fate to spawn. This is the earliest a player can obtain the Sticky Tongue skill, however, if it takes to long, players can move on to the next objective.

Players should also fight Cave Bats in order to get the Blood Drain skill. Even though it is not an essential skill, it is nearby and the character should be the right level for it.

Players can work though the spell list in La Noscea until they reach level seven or eight. Then, the player should move on to Central Shroud to learn the Ice Spikes skill, as this will make fights go a bit faster.

Once the character reaches level nine or 10, the player can move on to North Shourd to learn the Acorn Bomb skill. The next spell is Bristle, which can be learned from a level 20 boar in East Shroud.

The player can then move to Western Thanalan to learn the Toad Oil. This skill should always be activated, as it increases the character’s survivability.

The most crucial solo leveling spell is 1 000 Needles. Most players get this skill at level 20; however, some may obtain it sooner. The skill can be learned from Little Ala Mhigo in Southern Thanalan.

This is also a good time to get the Basic Instinct skill from Master Couerl in Upper La Noscea. Even though it is not helpful for leveling in open world, it is useful for farming dungeons.

After reaching level 30, the player can move on to Mor Dhona until the character reaches level 45 and needs to kill higher level enemies. The player can then move on to Sapsa Spawning Grounds until they reach level 50.

Once the character reaches level 50, 1 000 Needles would no longer be useful. At this point, the player should get earlier lower-level skills if they are still missing them.

If the player wants to continue leveling their character, they should get the Flying Sardine, as this will be useful when trying to get spells from lower-level enemies. Another useful spell to have for later is Basic Instinct. 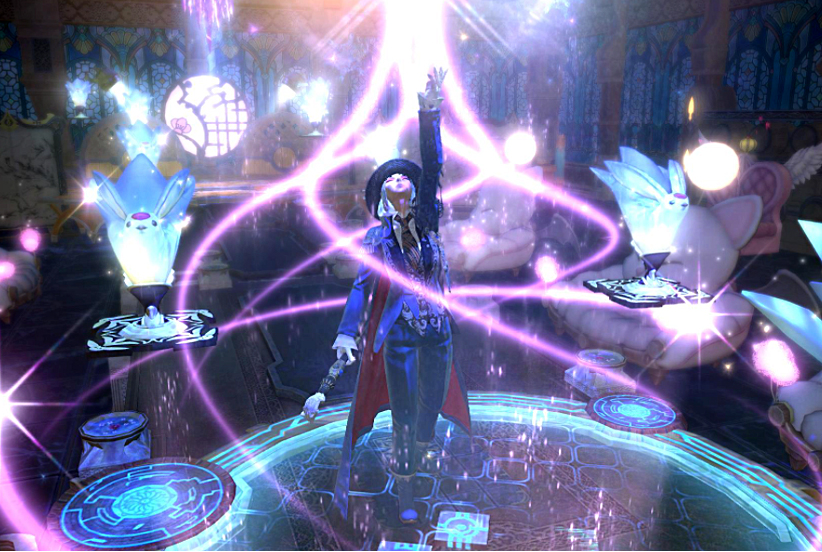 The road to level 60

The first thing the player should do at level 50 is get Augmented Ironworks gear, and it would also be a good point to get Eruption from Ifrit Normal. Next, players should get the two most essential spells for power leveling, Ram’s voice and Choco Meteor. Another optional spell is Missile.

Players now have a choice to either power level or farm relic weapon materials, such as Anima and Crystals. If the player wants to farm relic materials, it is recommended that they do FATEs all the way up to level 60 or 70.

Either way, the player should work their way through the zones, killing enemies and doing FATEs. The player can try to get some essential spells for later, such as ElectroGeneis, Whistle, Sonic Boom and Exuviation.

Once the player reaches level 59, they can move on to Fringes in order to farm level 60 enemies. However, the character may struggle in level 50 gear.

The road to level 70

This is basically a repeat of the level 50 to level 60 step, with an extra red flag. It is recommended that the player get Augmented Shire gear from poetics.

The player then has the option to get Primal spells, do FATEs, or kill enemies while learning spells. FFXIV players can learn new spells such as Tringle and Triple Trident, Ultravibration and Aetherial Spark in the openworld.

The recommended zone order at this point is Peaks, Yanxia and then Lochs. Once the character reaches level 68 or 69, they can move to Stilltide in Kholusia and fight level 70 mobs there.

Afterwards, players can go learn spells that they are still missing and complete the Blue Mage quests and Carnivale.

Even though it seems like a long road to reach the maximum level, some players reach level 70 in a few hours. Another option to level the Blue Mage fast is for players join higher level characters and farm dungeons, FATEs and raids.