You can change your class in FFXIV, once you have reached level 10 and have completed the class quest of the same level.

Final Fantasy XIV (FFXIV) is a very popular video game that features role-playing and multiple player elements. It invites players to discover the fantasy world, in which they can interact with others and the environment.

Additionally, you can participate in a variety of activities that include crafting, questing, joining guilds and fighting bosses among others.

Before you can play the game, you have to create your character., and when it comes to creating your character, you will be able to choose a race, facial features, name, birthday and clan. Additionally, you will have the opportunity to pick a job. It is important to note that each job consists of different classes.

What is the objective of classes?

In Final Fantasy XIV, all players can either become a Disciple of War or a Disciple of Magic when they start first playing the game. However, once you have reached a certain level, you will be able to become either a Disciple of Hand or Disciple of Land.

Each job category consists of different types of classes, which are a crucial part of the game. This is why it is believed that each job has a specific role to fulfil in the game. For example, when doing dungeons or raids, you need to have damage dealers, tanks and healers. 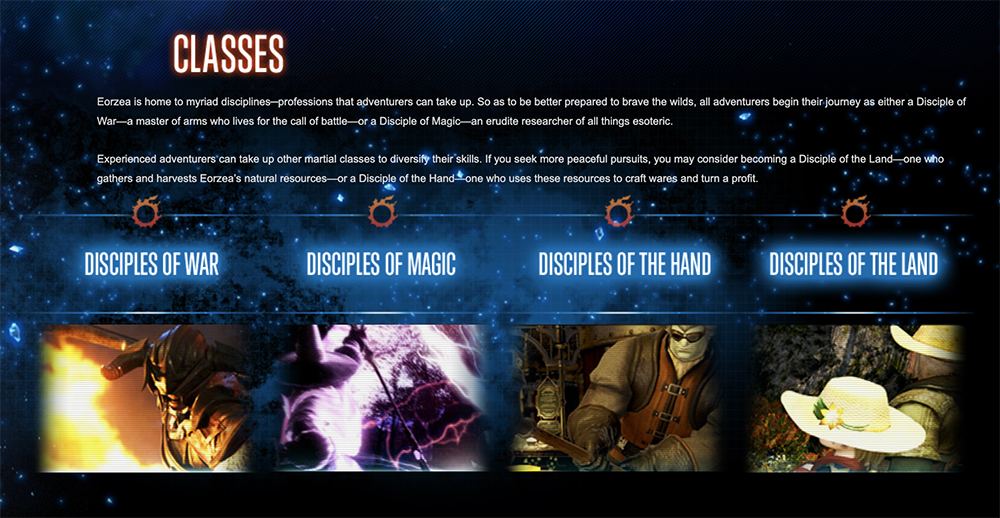 You should remember that each role and class have their own unique skills and traits. However, this does not make 1 class more important than another, as they all have an important role to play.

FFXIV: How to change class

As mentioned above, you are able to take on a job in FFXIV. Subsequently, you will also be able to select a class, and changing classes in the game is very easy, and quite common.

You should remember that you do not have to create a new character in order to play another class. However, changing classes is not possible at the start of the game. This is because you have to reach level 10 with your first combat class. Additionally, you have to complete the class quest.

When you have finished the quest, you can change to any class that you have unlocked. In order to change classes, you can simply equip the primary weapon of the class you want to be.

Changing classes can thus be seen as a very simple and easy process. However, you first have to unlock the class, which may take some time.

How to unlock a class

It is clear that you can easily swap between the different classes in the game, although, you can only swap to the classes that you have unlocked. That being said, there is a way to unlock a new class. All  you will have to do is complete the blue quests that are available in the main cities.

What are the different classes?

By now you know that there are different types of jobs in the game. Additionally, each job consists of different types of classes. Even though it is quite simple to change classes, it is advised that you carefully choose your class.

The following table indicates the jobs, and which classes they consist of:

As mentioned above, each class has a specific role they have to fulfil in battle, and each role features different skills and abilities. The following table indicates the different roles, and their descriptions:

FFXIV is a very popular video game that features role-playing and multiple player elements. It invites players to discover the fantasy world, in which they can interact with others and the environment. Before you can do this, you have to create a character and select a job.

It is important to note that each job consists of different classes. However, you are able to change your class once you have reached level 10. Additionally, you have to complete the class quest of the same level.