One of the most popular builds in ROX is the Knight, due to his attack speed, unique skills, powerful hits and physical strength.

Ragnarok X: Next Generation (ROX) is an adaption of the classic, Ragnarok Online massive multiplayer online role-playing game (MMORPG). ROX gives players the opportunity to relive their days in the land of Midgard, along with their friends.

The game brings back all of the parts of Ragnarok Online that players loved, including the familiar cities, original classes and the exciting monsters. However, it recreates it inch-by-inch with modern graphics along with three dimensional (3D) viewing, which allows players to cherish the world. From Lunatics and Poring’s roaming the fields outside to Prontera, to the zombies of Payon Dungeon, nothing is different, but everything else has changed.

The game offers players multiple quests to complete and numerous activities to do. Players are able to tame a monster to become their pet, participate in various in-game events, complete board missions, join guilds to meet friends, do gardening, go fishing, cook food and participate in the carnival, among others.

Before players can start exploring, they need to create their own digital characters. These characters can be customized by equipping them with various gear, costumes and accessories. It is important to note that the gear and accessories provide the character with additional statistics. Players thus need to equip their characters with the correct gear.

When creating an avatar, players have a choice of six different jobs, such as a Whitesmith, High Priest, Lord Knight, High Wizard, Sniper and Assassin Cross. The following table indicates the job type, as well as a short description of the job:

The Strength statistic affects the melee physical power of the character. Players will be able to deal damage even if no weapons are equipped and if a sufficient amount of STR is invested. It is important to note that the STR value is multiplied to the weapon attack (ATK) to increase damage dealt. 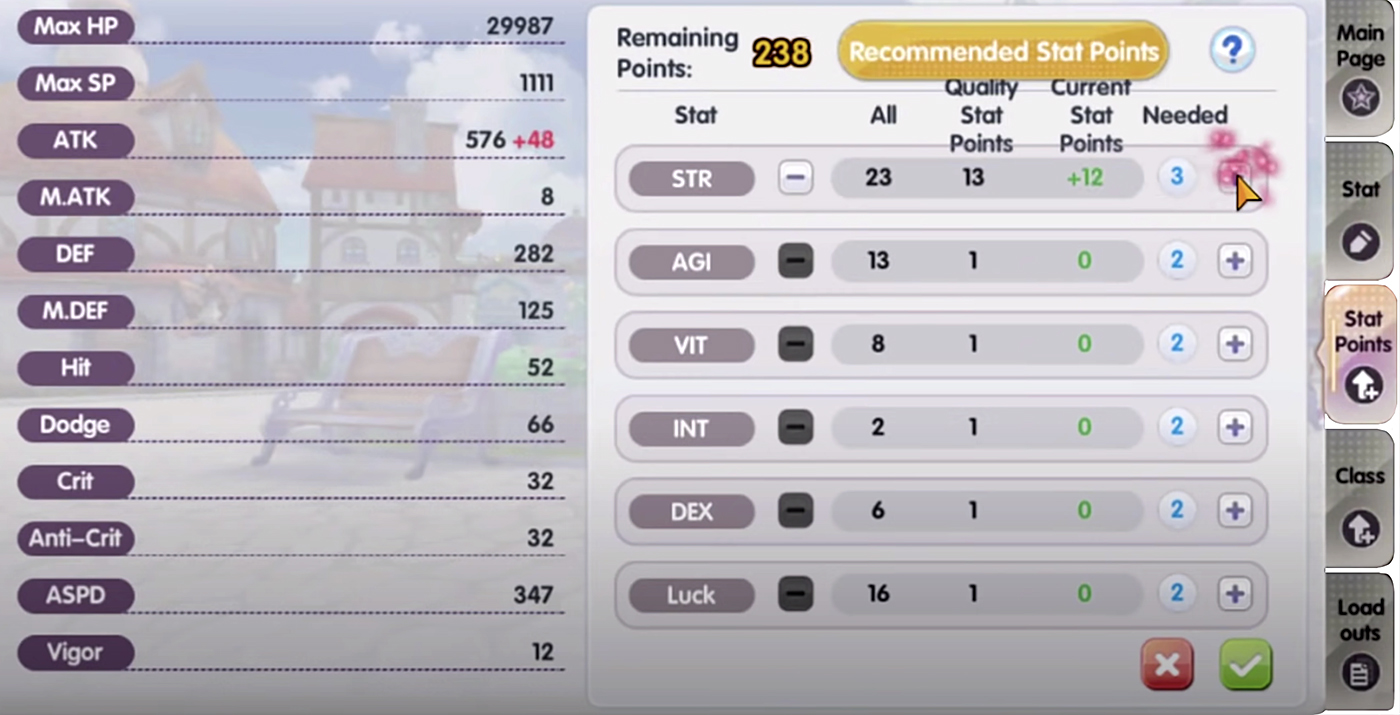 When the player uses melee-type weapons, such as Axes, Books, Daggers, Knuckles and Maces among others, every point of STR has the following effect:

However, if players use ranged-type weapons, such as Bows, Whips, Guns and Instruments, the following applies:

It is advised that players allocate 10 points to the Battle Will passive skill. Additionally, players should increase the Sword Mastery passive skill to the maximum amount. Both these skills will increase the character’s physical attack.

Players can also allocate one point into the Increate Recuperative Power skill. This skill will provide the player with rapid health (HP) regeneration. The Magnum Break skill is recommended for Knights, as it provides a fire enhancement to the character’s weapon. Players can choose to either allocate one or 10 points into the skill. Even though 10 points provide the best statistics, one point is enough. 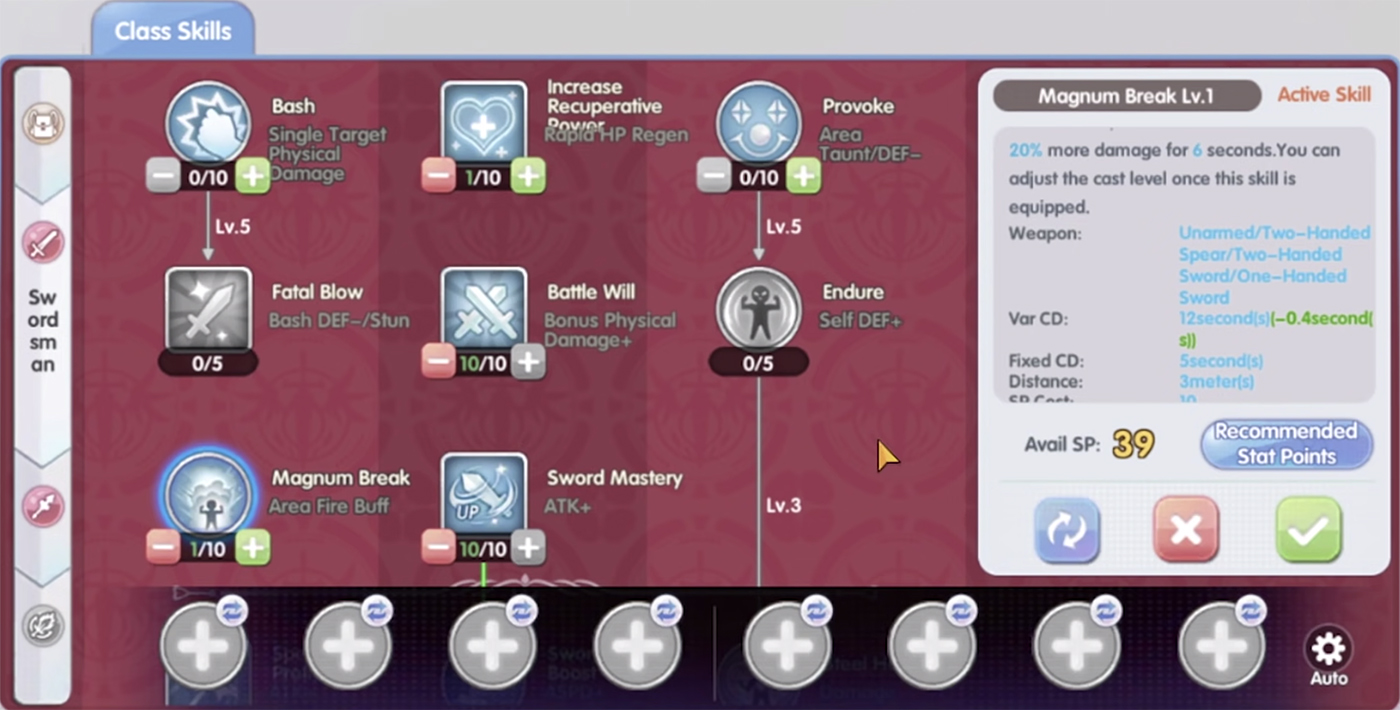 Players should allocate the remaining points into the Magnum Break skill.