In PSO2: NGS, players have to use weapons to defeat enemies, and you can now procure 8-star weapons.

You can create and control a character in a persistent world, but you should keep in mind that you need weapons to defeat enemies. Fortunately, Sega recently introduced 8-star weapons to PSO2: NGS.

Why are weapons important?

When you first start playing PSO2: NGS, your character will be equipped with basic gear and weapons with which to defeat enemies. But as you advance levels, the enemies will become stronger, and therefore, you will need stronger weapons and armour.

Weapons are a vital part of PSO2: NGS, as you cannot defeat enemies without them. There are various weapon series that you can acquire, which have unique effects on your character. That being said, each class in the game specialises in a specific weapon.

Players should therefore acquire the correct weapon for their character’s class.

All the weapons in PSO2: NGS have a star ranking, so the weapon can be ranked from 1-star to 8-star. A 1-star weapon is quite basic, and you should only use it in the early phase of the game as it is not very powerful.

8-Star weapons on the other hand, are considered the best in the game and should be used once you have gained higher levels. 1-star weapons are easier to acquire than weapons with higher star rankings.

PSO2: NGS’ developer, Sega, recently introduced 8-star weapons to the game. In the new region, Stia, you can get several 8-star weapons. Players can acquire the Primm Libra by participating in the Stia Expedition preparation. 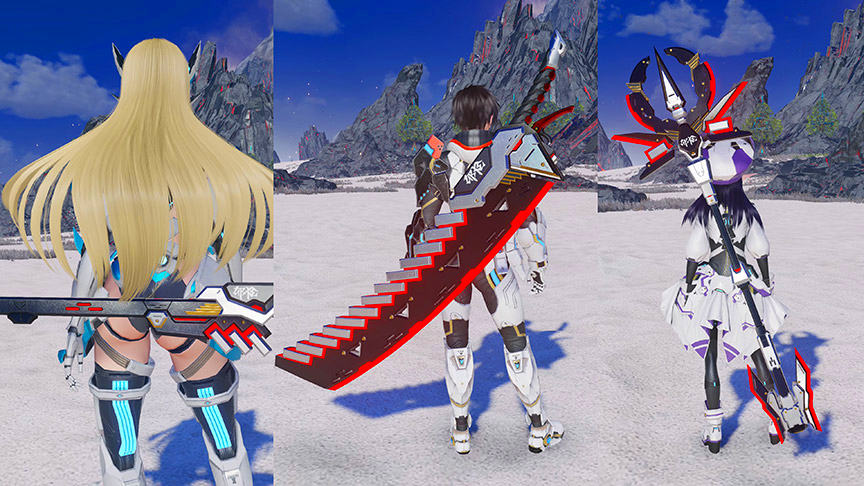 You can also get Effulgent weapons, which are the fire Elemental weapons. These weapons are a rare drop in the Stia region. Moreover, players can procure the Kouklophis weapons by exchanging their Infernium, which is a rare new mineral that can be found in Stia.

The last 8-star weapon series, Gunblaze, is a rare drop from Recon Gigas, which means that you may have to defeat enemies before you can acquire it. However, you can also procure it by completing purple Battledia missions in the Stia region.

All the 8-star weapons have unique effects and statistics, thus, it can be difficult to choose which one to get. If you are a casual gamer, it is recommended that you use the Kouklophis weapons.

However, if you are a serious gamer, you should attempt to get the Gunblaze weapon series.

The Gunblaze weapon series is a Flawless unit with amazing features. Similarly to other weapons in PSO2: NGS, its level can be increased to improve its features. At level 1, its potency is increased by 18 percent, and its Photon Point consumption is decreased by 20 percent.

On 22 December 2022, PSO2: NGS will host a new seasonal event, which ultimately means that players can procure new seasonal weapons.

If you are not interested in one of the 8-star weapons, or you would rather just use a Rugged, Obsidia, or Kaizaar weapon, you should procure the new seasonal weapon.

Currently, on 14 December of 2022, it is unknown what the new weapon’s appearance, statistics, and effects will be. However, players can keep an eye on the official PSO2: NGS website for more information.

How to procure the Kouklophis weapon series

There are numerous methods that you can use to get the new mineral. However, if you are not one for farming, you can purchase the mineral in exchange for food items. But this means that you have to farm Famous Stia Mushrooms, Famous Stia Crabs, and Famous Stia Carambola.

Alternatively, you can purchase Infernium from the Treasure Shop. If you want to farm Infernium, you should note that the node only spawns in Scorching, Inferno, and Pheons weather conditions.

When the area’s heat is increasing, players can go to Mediola Outer Area 1, where they will find a big building. There is an Infernium Node behind that building, though  this node will only give you 1 Infernium, but you can visit it daily to get more.