It is believed that Armiger is one of the best end-game Champions in Raid: Shadow Legends, due to his crowd control abilities.

Raid: Shadow Legends is a popular fantasy-themed, turn-based mobile game set in the fictional world of Teleria. However, the world has recently been colonized by the Dark Lord, Siroth. It is thus up to the players to retake the world.

The game features multiple adventures for players to take part in. However, it is recommended that players familiarize themselves with the Affinity system before they participate in one of the in-game activities.

There are four types of distinct Affinities in the game, and players will need to have knowledge of them to be successful. One Affinity offers no particular disadvantages or advantages over the others, while three of them exist in balance with one another.

Once players understand all the Affinities, they are able to assemble an army of Champions. The players will use their Champions for battles in temples, castles, dungeons and deserts which are defended by enemies.

When players first start playing Raid, they will have to play a tutorial mission to learn the gameplay and mechanics. After the tutorial, players will be able to choose their first Champion.

It is important to note that there are four types of Champions: Support, Health Point, Attack and Defence. Players should thus choose their first Champion wisely.

Players are able to collect more Champions by using Shards, which contain the souls of ancient warriors. Once the players have collected the required Shards, they can summon a warrior at the in-game Summoning Portal.

One of the Champions players can obtain in Raid: Shadow Legends is Armiger. He is an uncommon, Defence Spirit Champion from The Sacred Order faction.

Armiger is one of the best end game Champions for Fire Knight Castle, Faction Wars and Spider’s Den among others. He is famous for his unique skills. 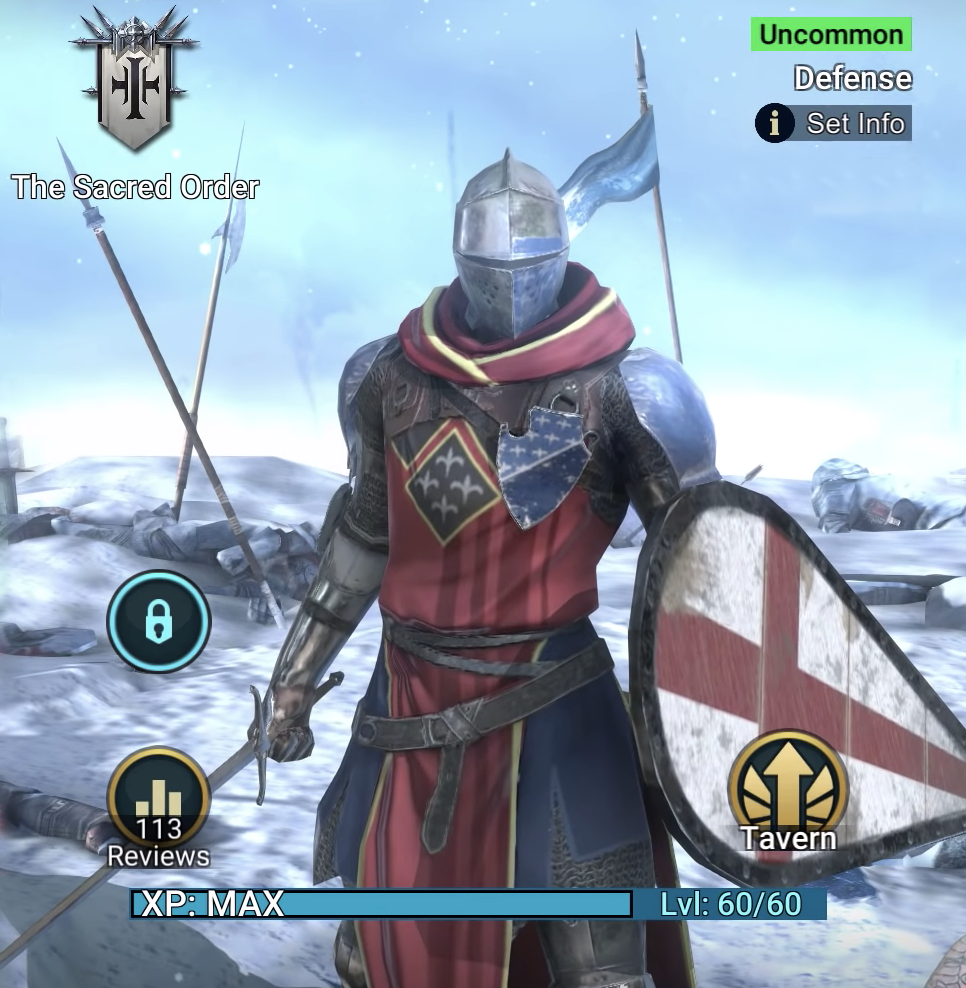 The following table indicates Armiger’s skills and a description of each:

Even though players can allocate skill points according to their personal preference, it is recommended that players use the following Offense points:

While players should use the following Support points:

In Raid: Shadow Legends, players are able to collect multiple Champions, one of which is Armiger. He is a powerful, uncommon Champion in an Epic skin.

Armiger’s true potential can be fully unlocked when he is built with 100 percent critical rating, and sufficient accuracy statistics.