Raid: Shadow Legends is a turn-based, fantasy-themed mobile game. It is set in the fictional world of Teleria, which has been colonized by the Dark Lord, Siroth. The game features different adventures for players to take part in. 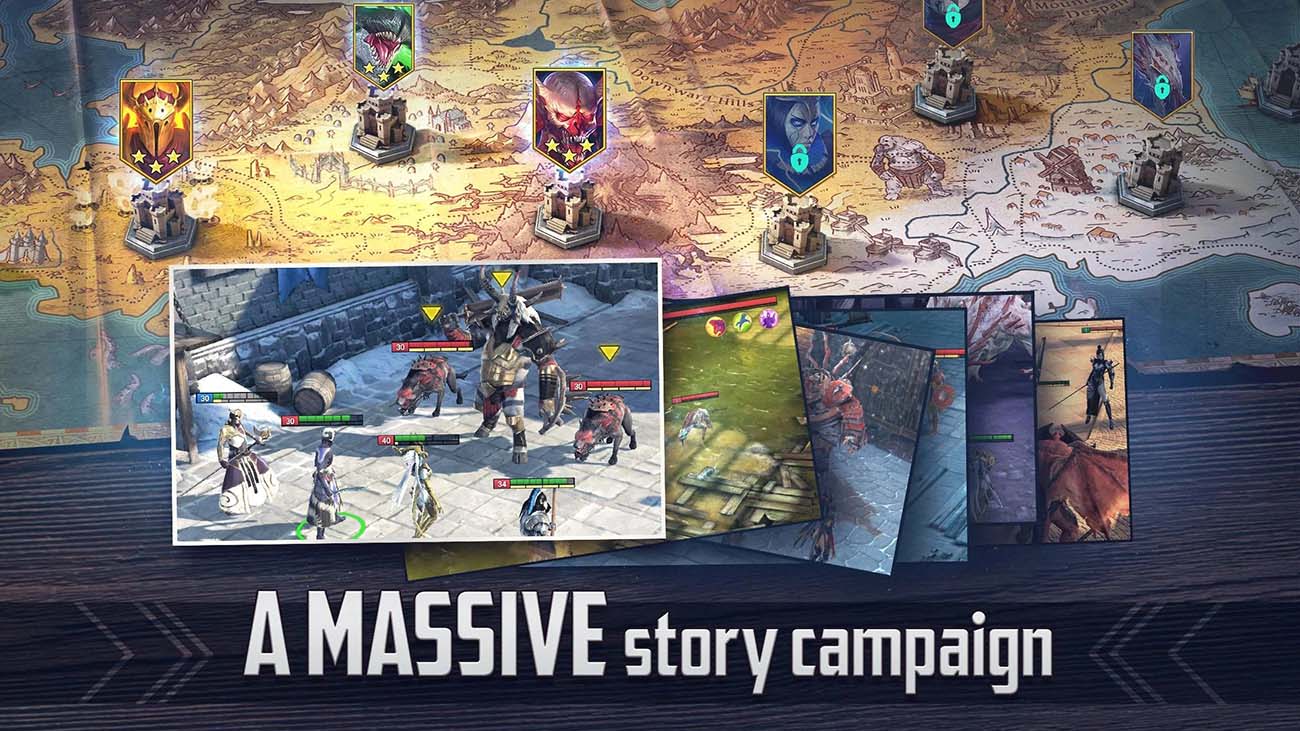 However, it is recommended that players familiarize themselves with the Affinity system before they participate in one of the in-game adventures.

There are currently four types of Affinities in the game, and players will need to understand them all in order to succeed. Three of the Affinities are in balance with one another, while the fourth offers no particular disadvantages or advantages over the others.

Once players know all the Affinities, they are able to create an army of Champions. Players can use their Champions to defeat enemies in castles, temples, dungeons and deserts.

When players first start playing Raid: Shadow Legends, they will be able to play a tutorial mission to learn the gameplay. After the tutorial, players can choose their first Champion.

It is important to note that there are four types of Champions, such as Defence, Health Point (HP), Attack and Support. Each type of Champion has unique skills and abilities. Players are able to collect additional Champions by using Shards, which contain the souls of ancient warriors.

Once the players have obtained Shards, they can summon a warrior at the in-game Portal. It is important to note that there are four different Shards. The following table indicates the different Shards and the rarity of warriors each Shard can summon:

Sacred Shards feature the best summoning rates in Raid: Shadow Legends. It thus comes as no surprise that these Shards are the most valuable in the game. They are also the hardest to collect, especially early on in the game. In early game, players will have to reply on one-time rewards and special reward systems to obtain Sacred Shards. However, when players reach end-game, they are able to collect approximately 13 Sacred Shards a month, if they are dedicated players.

How to obtain Sacred Shards

Players are able to obtain Sacred Shards in 12 different ways, including events, Clan Boss fights, Packs and daily rewards, among others.

Daily login rewards are a series of rewards players can claim every day in-game. It is important to note that once players claim a reward for one day, they will only be able to claim the next reward the following day.

If players do not claim the daily login reward, they will lose that reward. However, it will be claimable the next time players log into the game.

Players can claim Star rewards once they have collected a certain number of stars in either Campaign or in Faction Wards.

These challenges are specific to dungeon-related objectives. Players will receive a Sacred Shard once they complete all the dungeon challenges in their current part.

A Clan Boss fight is a feature that allows players to defeat a boss multiple times a day. However, players need to be part of a clan to participate in this adventure.

If the clan manages to deal enough damage to the boss on either Nightmare or Ultra Nightmare mode, players have a chance to obtain a Sacred Shard.

In addition to the above-mentioned methods, players are also able to collect Sacred Shards in the following:

It is important to note that some of these methods need to be purchased with real-life money. However, it is not mandatory to spend money to obtain Sacred Shards. Players should be aware that collecting Sacred Shards can be a time-consuming activity.