Players can obtain weapons in World Flipper in various ways, however, grinding bosses to obtain silver or gold coins is recommended.

World Flipper is a pin-ball mobile game. Its main story begins when two lost souls caused a shift in the galaxy and the planets revealed themselves in their full glory. A boy, who could not remember his past, and a girl, who could not picture her future, met in a village bygone.

For some time, the girl and boy lived together in friendship and tranquillity. However, fate soon struck like a lightning bolt, bringing with it a power that would change their lives forever.

The power came in the form of Light, who was once a champion in another world. But he is now transformed into a rabbit-like creature.

The champion is being hunted by agents of the Dark Throne. As if to wake the boy and girl to face the evil force, the village shifted and rumbled. Then, the girl stated, “World Flipper activated.”

The game invites players to travel across multiple worlds, each with its own characters to meet and mysteries to solve. They can also team up with their friends and link skill chains together to defeat nightmarish foes and powerful bosses.

World Flipper features various characters, also known as units, for players to obtain. Each unit is beautifully illustrated, with episodic story arcs for players to unlock.

It is important to note that the units are rated in stars; five-star units are very rare, however, it is believed that they are the best in the game, while one-star units are considered below average and very easy to obtain.

The characters are further divided into different tiers, ranging from the F-tier to the S+ tier. The F-tier units are generally not the best, while the S+ tier consists of the most powerful units in the game. It is important to note that each character has unique skills and abilities.

Players can build multiple teams with the units in their collection. They can create a fire team, dark team, wind team and a water team, among others. It is advised that they consider the units in their teams carefully, as some units work better together than others.

The game consists out of different chapters and bosses, which will reward players if they have successfully completed it. They can obtain various items, gear and weapons through this reward system.

However, players can also obtain items by participating in events. Additionally, they can try their luck in the gacha system to collect specific items.

It is important to note that weapons can only be equipped by one character in the same team. Players should also note that the little icon in the bottom right corner indicates the number of duplicates. In the picture below, it shows that the player has one dupe.

For example, if players have two copies of the same weapon, they can not equip it on both Inaho and Cagliostro. This means that they have to use a different weapon.

Players can use their weapon duplicates to limit break the weapon to increase statistics and special effect modifiers. Additionally, the duplicates can provide a weapon soul orb. To do this, players should open their Armaments Box in the menu. 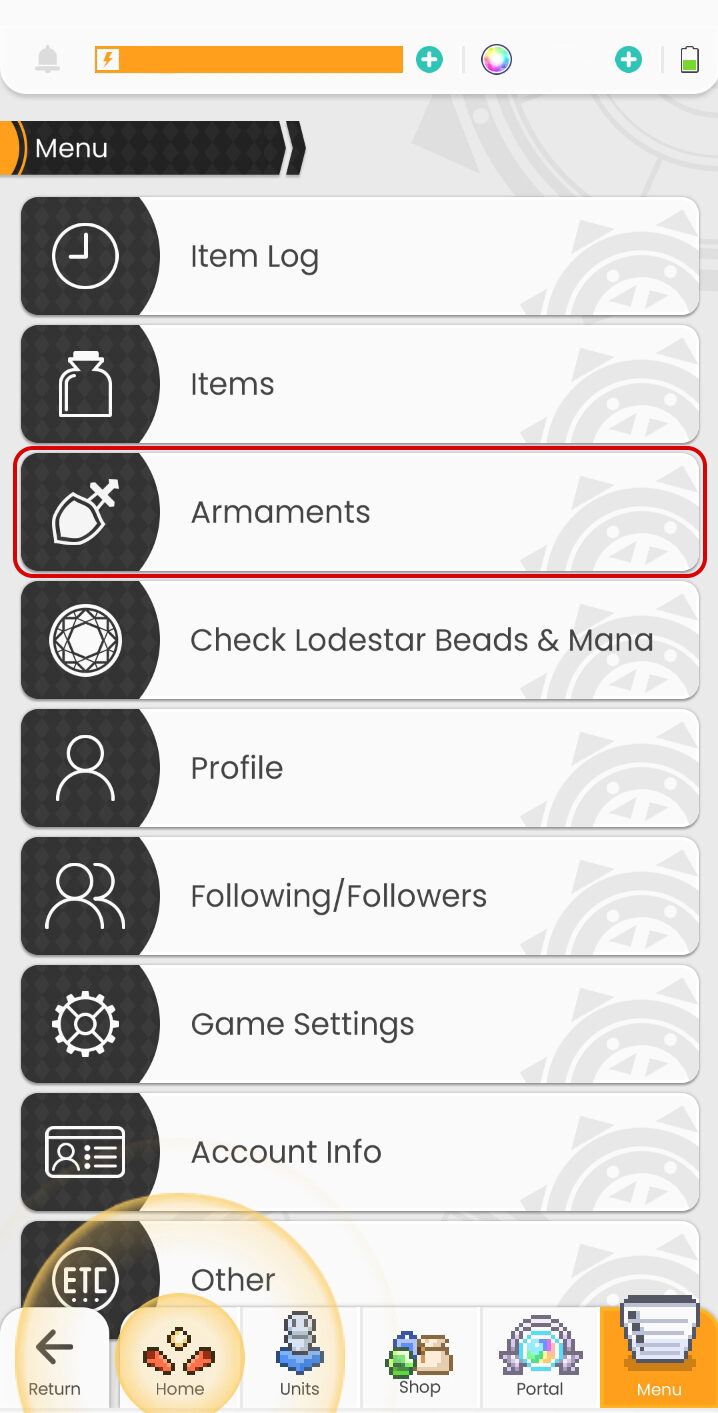 In the Armaments Box, they can select the weapon they want to limit break. This will open up a new dialog, where players can either destroy, or limit break the weapon. It is important to note that they need five of the same weapons to maximum limit break (MLB) it.

The Soul Orbs that come from elemental weapons are elementally locked. This means that it can only be equipped by characters of the same element. Players should remember that the orbs will be consumed if they equip their character with it. These orbs should thus be used with caution.

To equip a Soul Orb, players have to open their character enhancing node’s menu. On this screen, they will find a little black box, which is circled in red on the picture. 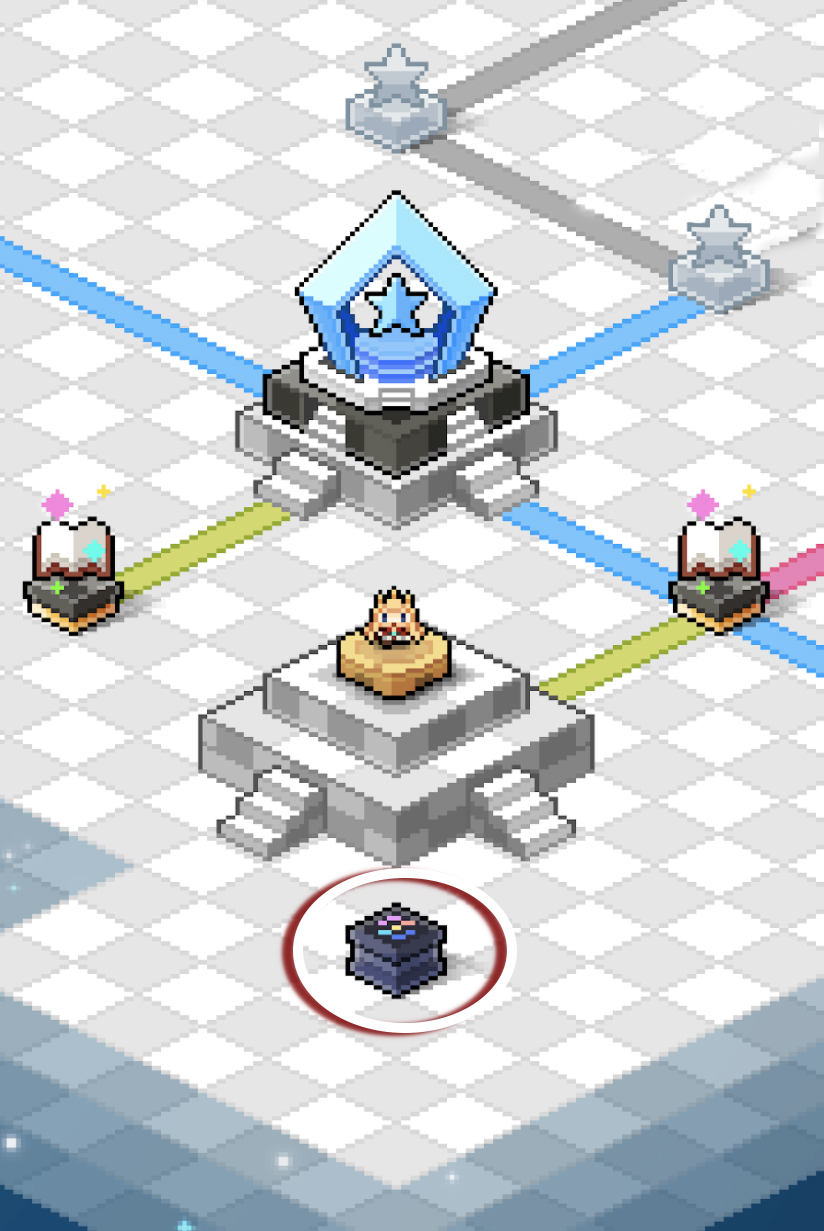 When players select the box, a new menu will open. It is advised that they then click on the yellow button and select the orb that they want to use. It is important to note that if players see the flashed U icon on any skills in this menu, it indicates that the effect of the node does not activate in a Support Slot. 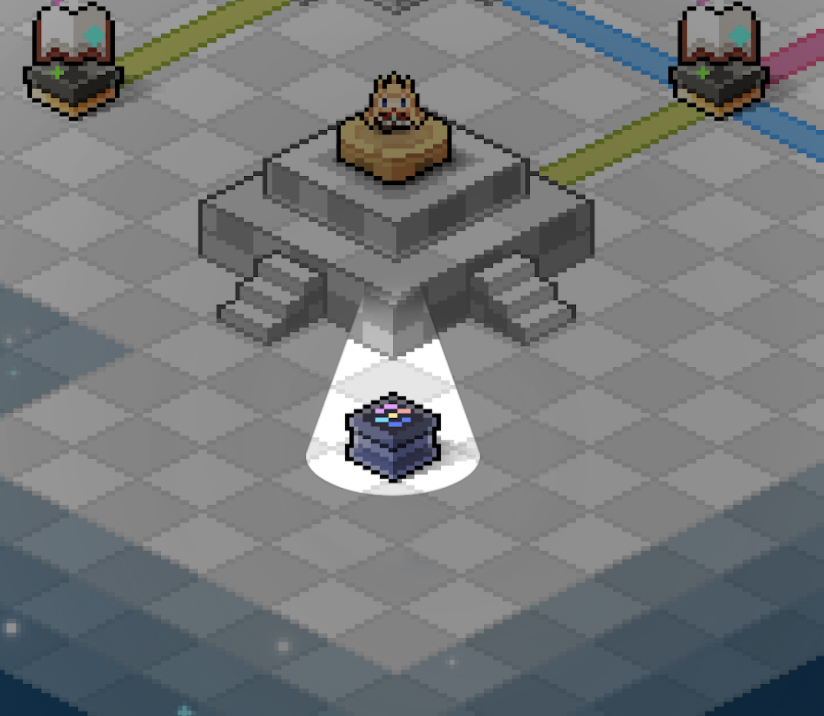 As mentioned above, players can obtain weapons by defeating bosses, completing chapters and by participating in events. However, the best weapons are usually only obtainable by defeating bosses. This is why most players farm world bosses to collect the items. 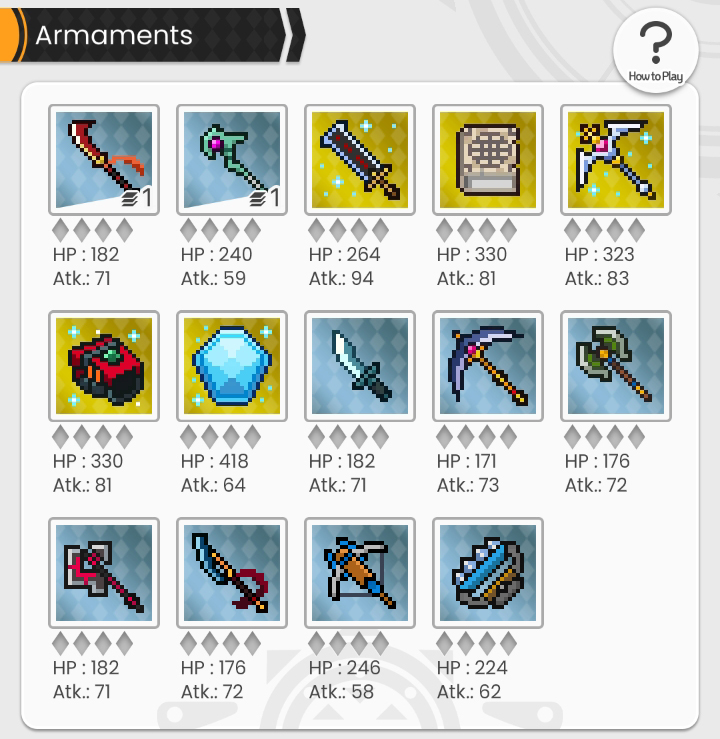 For weapon grinding, it is recommended that they find two other players with mutual followers. They are then able to exchange host with them to grind for boss tokens. A player can farm a boss three times while only spending a stamina point using this method.

Alternatively, they can wait for the bell on the upper left corner to turn blue. Once it is blue, they can click on it to accept distress signals from other players. This method does not decrease stamina points and players can do it in the middle of a solo-run.

It is important to note that each boss has a Normal Mode and a Hard Mode. However, this principle does not apply to Owl. The Normal Mode offers players Silver Coins, while the Hard Mode offers Gold Coins. Players can use these coins to purchase weapons in the Boss Token Shop.

In the shop, each colour represents a different element. For example, Fire is indicated by red, while Wind is indicated by green. Players should ensure that they purchase the element that corresponds to their character’s element.

They can purchase powerful five-star weapons in the Boss Token Shop. However, the shops reset every month. It is thus advised that they purchase the weapons they want as soon as possible.

Weapons that can be traded in from bosses

The following table indicates the name of some of the bosses, which weapons can be traded in and a description of the weapon:

The following table indicates the name and description of some of the weapons that can be obtained through the gacha system:

World Flipper is a popular pin-ball mobile game that allows players to build teams to defeat various bosses and chapters. If they manage to successfully defeat a boss, or complete a chapter, they will receive a reward.

It is important to note that these rewards differ from the content, however, it generally contains gear, items or weapons.

Players can also obtain weapons, gear and items through the in-game gacha system. However, this method may become expensive. Most players thus choose to farm bosses or complete chapters quickly to receive the rewards.

When faming bosses, players will either obtain gold or silver coins, depending on the difficulty. These coins can be traded for five-star weapons at the Boss Token Shop. It is important to note that this shop resets every month. Players should thus purchase the weapon they want as soon as possible.