Although it is yet to be confirmed, the Windwalker Monk, Balance Druid, and Frost Death Knight are the top DPS characters rankings in WoW: Dragonflight.

World of Warcraft (WoW) is a well-renowned massively multiplayer online role-playing video game that is set in the Warcraft fantasy universe.

Like with other MMORGs, you have to control a character within the WoW game world to explore the landscape, fight various monsters, complete quests, and interact with non-player characters.

Blizzard recently revealed the ninth expansion pack for WoW: Dragonflight. Similarly to other expansions, there are some DPS classes in the pack that rank better than others.

Dragonflight is the ninth expansion pack for WoW, and it comes after the Shadowlands expansion. It was announced in April 2022 and is set for release on 28 November 2022.

The Dragon Isles is the main setting of Dragonflight, and it is divided into 5 separate zones. The main zones are the Waking Shores, Ohn’ahran Plains, The Azure Span, and Thaldraszus.

The expansion will increase the maximum level to 70 and it features a revamp of the user interface and talent tree systems.

Players can also enjoy a new playable race, called the Dracthyr, and a new class known as the Evoker. But you should bear in mind that Evokers are exclusive to the Dracthyr, and they are the only class that Dracthyr can play.

There are several damage-per-second (DPS) races in classes in WoW, some of which may get stronger or weaker when a new expansion is released. There have been some predictions about who will come out as the top DPS character when the Dragonflight expansion releases.

The DPS tier list is strictly prediction-based as there has not been enough data collected to understand the true DPS rankings yet. When looking at DPS rankings, it is important to consider raid damage, mythic  damage, utility in a group, difficulty of playing, and how enjoyable it is to play.

Tiers indicate how good a specific class is, and therefore, Tier S is considered the best in the game, whereas Tier D is supposedly below average.

The table below shows the predicament for Dragonflight DPS Rankings:

According to the table, it is predicted that the Windwalker Monks, Balance Druids, and Frost Death Knights will be the best DPS characters in the Dragonflight expansion.

If you do not have one of these characters, do not fret, as you do not need a high damage dealer to complete the new quests.

The Windwalker Monks have been at the top of the DPS rankings since season 4 of the Shadowlands expansion. Hence, it is not a surprise that they are still considered the game’s best damage-dealing characters.

Most of their gameplay remains intact, and even becomes faster with the pre-patch changes to the talent system. These characters mostly excel in area-of-effect situations and therefore, are expected to perform well in Mythic+ content.

It is noteworthy that these characters deal damage with a 2-handed weapon, or duel weapons. They generally wear leather armour and have several abilities, which enables them to reduce damage, heal themselves, and control enemies.

In the new expansion, Balance Druids have received immense buffs and they are currently regarded as one of the most powerful characters. Their burst damage and area-of-effect damage are both game-changing when combining certain talents. 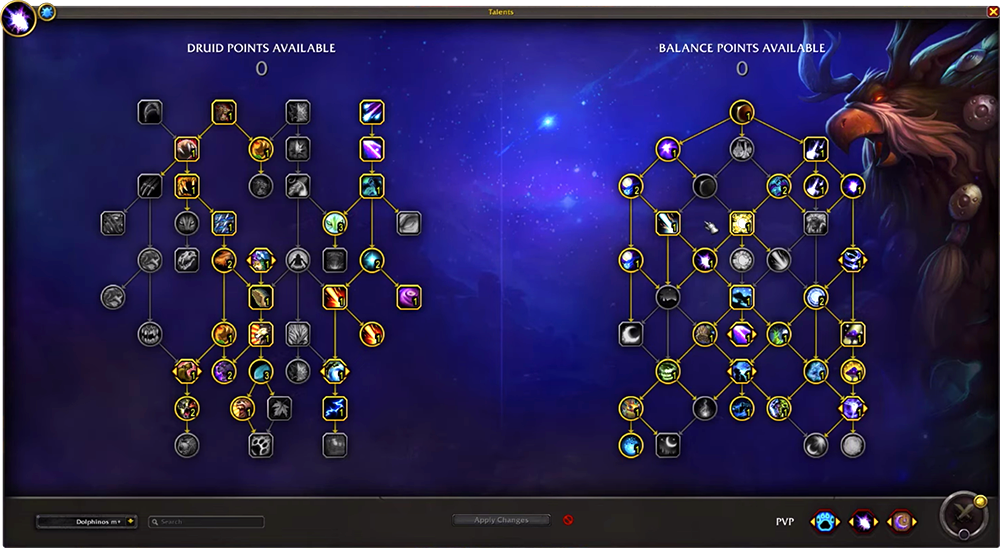 That being said, a Balance Druid requires a fair amount of skill and prep work to excel in raids and Mythic +. Planning out long cooldowns and movement in relation to enemy mechanics and dungeon routes takes practice and information.

It is therefore essential that you know how a Balance Druid functions and how their skills work before taking them into a raid.

Although the Frost Death Knights’ gameplay has not changed in Dragonflight, they have received a new talent system revamp. This means that there are many ways to customise and improve the builds in which you are interested.

That being said, their Breath of Sindragosa synergises with other talents to keep its uptime up longer, which means that you will benefit from more sustained high-damage periods when it is active.