Players may have a hard time obtaining The Black Wolf Knight also known as Rolf, in World Flipper since he is a five-star character.

World Flipper is a newly released pin-ball mobile game. The game’s storyline begins when two lost souls caused a shift in the universe, and the planets revealed themselves in their full splendour. A boy and a girl met in a forgotten village, a speck of dust in a limitless sky. The girl could not picture her future, while he cannot remember his past.

For some time, they lived together in peace and friendship. However, fate struck like a lightning bolt, bringing with it a power that would change their lives forever. The power came in the form of Light, who was once a champion in a faraway world, but is not transformed into a rabbit-like creature. The champion is being hunted by agents of the Dark Throne. As if to wake the boy and girl to defeat the evil force, the village rumbled and shifted. Then, the girl stated, “World Flipper activated.”

The game currently features various characters, also known as units, for players to collect. Each unit is beautifully illustrated, with episodic story arcs for players to unlock. It is important to note that each character has unique skills and abilities. Players should thus carefully consider which characters to use in their team. One of the units that players can obtain is Rolf, more popularly known as The Black Wolf Knight.

The Black Wolf Knight, aka Rolf

The Black Wolf Knight forms part of the Fire Attribute and takes on the role of an attacker. Players may have a difficult time collecting him, as he is a five-star character. He usually uses a sword to fight, and is part Human part Beast. 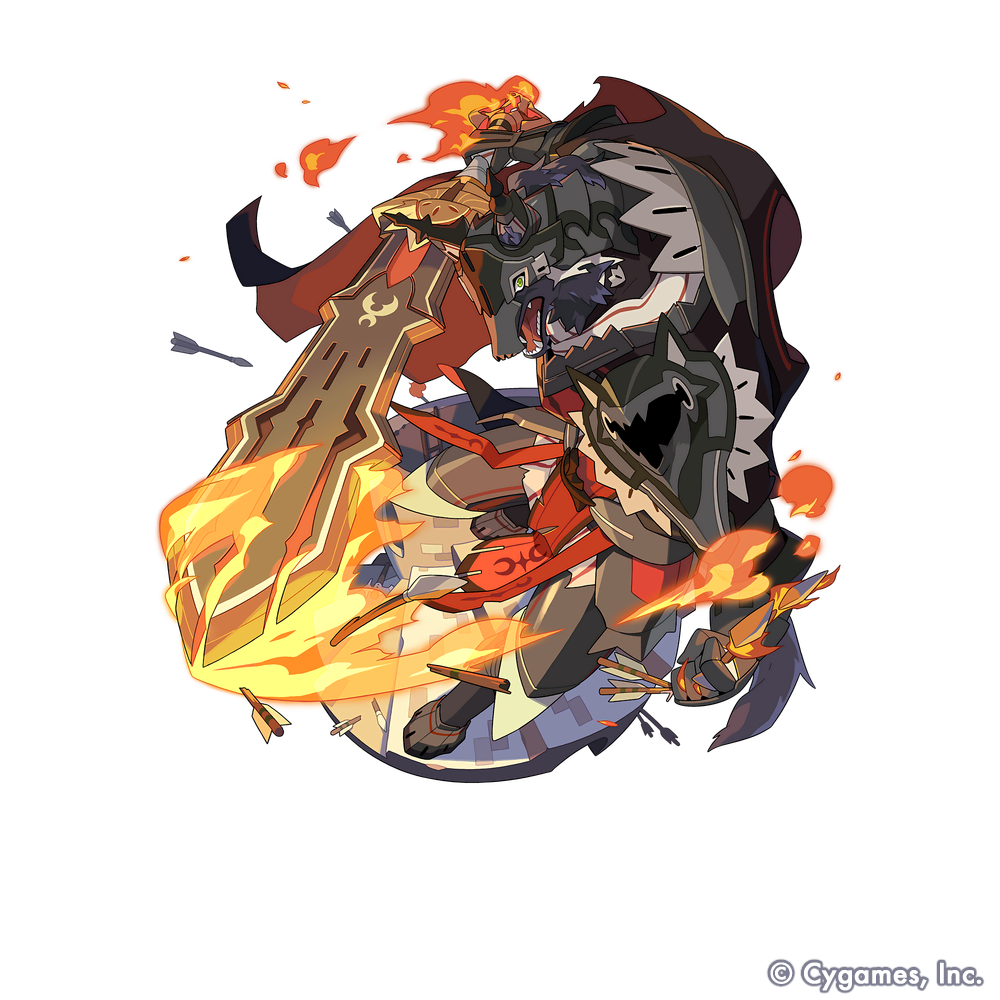 The following table indicates the skills and abilities of the Black Wolf Knight:

In addition to his skills and abilities, The Black Knight features a leader buff, Chivalry of the Loyal. The buff increases all Fire attribute characters’ attack with 60 percent. Additionally, it increases the power flip damage by 100 percent.

The Black Wolf Knight, also known as Rolf is one of the unit’s players are able to collect in World Flipper. However, players may have a difficult time obtaining him, as he is a five-star unit. The Black Wolf Knight forms part of the Fire attribute and takes on the role of an attacker in battle. In combat, he wields a sword while using multiple abilities and a skill to defeat his enemies. It is believed that he is stronger than other units, as he is part Human and part Beast.