World Flipper allows players to obtain various characters, one of which is the five-star Murakumo Swordsman, who can be obtained very easily.

World Flipper is a popular pin-ball mobile game. The main story commenced when two lost souls caused a shift in the universe, and the planets revealed themselves in their full splendour. A girl who could not picture her future, and a boy who could not remember his past, met in a forgotten village, a speck of dust in a limitless sky.

For a while, the boy and girl lived together in friendship and peace. But fate soon struck like a lightning bolt, bringing with it a power that would change their lives forever. The power came in the form of Light, who was once a champion in another world, but is now transformed into a rabbit-like creature. The champion is being hunted by agents of the Dark Throne. As if to wake the boy and girl to defeat the evil force, the village rumbled and shifted. Then, the girl stated, “World Flipper activated.”

The game invites players to travel across multiple worlds, each with its own mysteries to solve and characters to meet. They can also team up with their friends and link skill chains together to defeat nightmarish foes.

World Flipper currently features various characters, also known as units, for players to collect. Each unit is beautifully illustrated, with episodic story arcs for players to unlock. The units are rated in stars; the five-star units are very rare and difficult to collect. A one-star unit is seen as below average and is typically very easy to obtain. 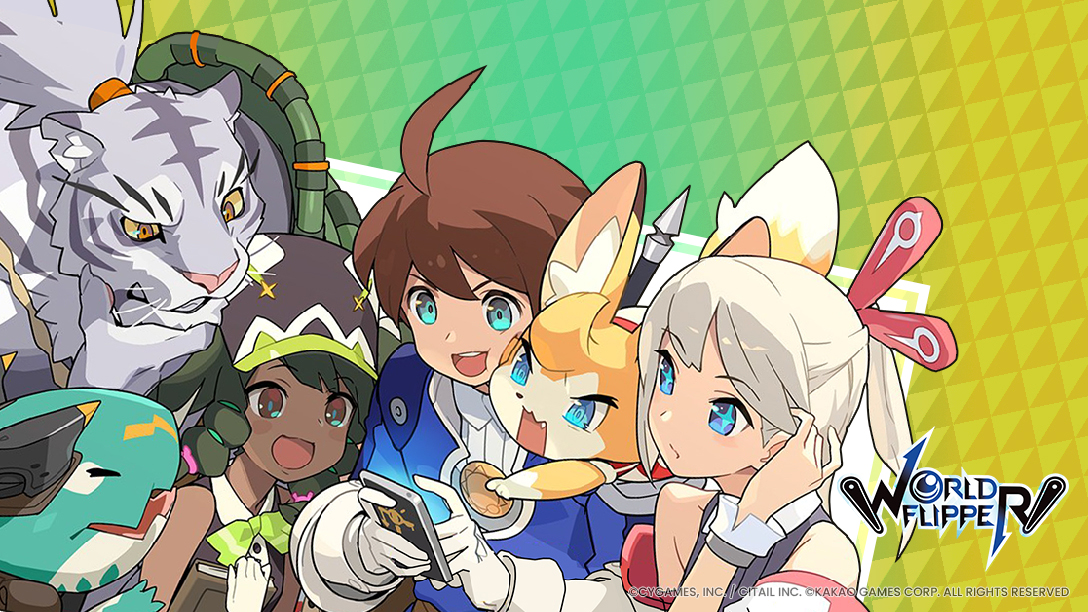 The units are further divided into different tiers, ranging from the F-tier, to the S+ tier. The F-tier units are generally not the best option for teams, while the S+ tier units are the best in the game. It is important to note that each character has unique skills and abilities. Players should thus carefully consider which characters to use in their team.

Players can build multiple teams, such as a fire team, water team, dark team and wind team among others. It is important that players consider the units in their teams carefully, as some units work better together than others.

One of the units that players can collect in World Flipper is Murakumo, a five-star wind unit. It is recommended that players collect him, as he is a strong Swordsman. Luckily, they can obtain him in two different ways.

How to obtain Murakumo

The first way players can add Murakumo to their collection is by purchasing him in the Orochi’s Boss Coin Exchange. It is important to note that he costs approximately 500 Gold Orochi Denarius, which can be obtained by defeating Orochi.

This means that players will have to defeat the boss in order to obtain enough gold to purchase Murakumo. However, they can also obtain the unit if they defeat Orochi. There is a one percent change that the unit will drop as loot.

Some players will be lucky enough to receive Murakumo as loot from defeating the boss, while others have to obtain 500 Gold Orochi Denarius.

The following table indicates Murakumo’s abilities and a short description of each:

In addition to the above-mentioned skills, Murakumo also has a leader skill. Indomitable will increase all wind characters’ attack by 50 percent at the start of a battle. Additionally, it will fill their skill gauge by 50 percent.

Even though players can defeat the boss like they want, it is advised that they follow some tips. Firstly, players need to be 3 500, or higher, team power to take on this boss. However, players who have 4 000 team power will have an easier time.

Players should ensure that the boss does not pass his break phases. They should thus focus on breaking the Orochi every time that they have the opportunity. Additionally, they need to trigger a four-chain ability, as it will make defeating the boss a lot easier.

Regarding the team, it is crucial that players have a powerful healer, preferably a unit that can get rid of negative status effects. It is also recommended that players have piercing in their team. However, levitate is also necessary.

World Flipper is a popular pin-ball game that invites players to obtain various characters to defeat bosses and other enemies. One of the units that players can collect is Murakumo, a five-star wind unit. Luckily, he is very easy to obtain.

Players can either purchase him at the Orochi’s Boss Coin Exchange, or obtain him as loot for defeating Orochi. It is recommended that they obtain Murakumo as he is a powerful unit.