World Flipper invites players to enter battle with various characters, one of which is the powerful Celtie, who makes an excellent team leader.

World Flipper is a popular pin-ball mobile game, where two lost souls caused a shift in the universe and the planets revealed themselves in their full splendour. A boy, who could not remember his past, and a girl, who could not picture her future, met in an abandoned village.

For a while, girl and boy lived together in friendship and peace, but fate soon struck like a lightning bolt, bringing with it a power that would change their lives drastically. The power came in the form of Light, who was once a champion in another world, but is now transformed into a rabbit-like creature. The champion is being hunted by agents of the Dark Throne. As if to wake the girl and boy to defeat the evil force, the village rumbled and shifted. Then, the girl stated, “World Flipper activated.”

The game allows players to travel across multiple worlds, each with its own mysteries to solve and characters to meet. They can also team up with their friends and link skill chains together to defeat nightmarish foes and powerful bosses. 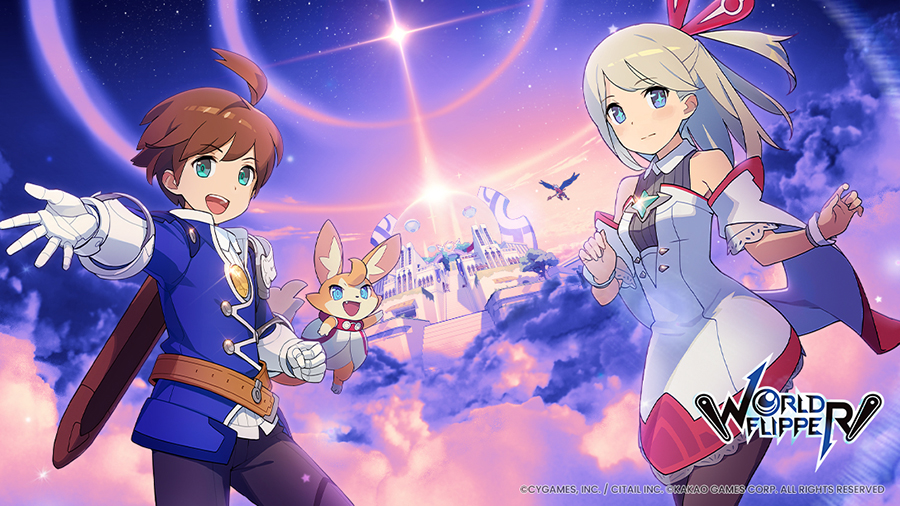 World Flipper currently features various characters, also known as units, for players to collect. Each unit is beautifully illustrated, with episodic story arcs for players to unlock. The units are rated in stars; a one-star unit is seen as below average and is typically very easy to obtain. However, the five-star units are very rare and difficult to collect.

The units are further divided into different tiers, ranging from the F-tier, to the S+ tier. The F-tier units are usually not the best option for teams, while the S+ tier units are considered the best in the game. It is important to note that each character has unique skills and abilities. Players should thus carefully consider which characters to use in their team.

Players can build multiple teams, such as a water team, dark team, wind team and a fire time among others. They should consider the units in their teams carefully, as some units work better together than others.

One of the units that players can collect in the game is Celtie, a five-star Warrior. She is one of the best units in World Flipper, as her skill scales infinitely off combo count. This allows her to do tremendous damage to enemies. It is believed that she is very determined and an expert Sword master.

Celite has cut ties with her family, however, this only makes her more determined to prove that she is the greatest Sword master. She has a bold yet humble personality. Celtie is always looking for a sparring partner to improve herself and her potential.

The following table indicates Celtie’s abilities, skills and a description of each:

It is recommended that players use Celtie as the leader of the party, while placing Alice or Cagliostro as her sub-unit. For the second main unit, players can select Aurore, as his abilities can be crucial in battle. His sub-unit should be Alk. They can place Soushiro in the third main slot, with Lanner as a sub-unit.

World Flipper is a popular pin-ball mobile game that started when two lost souls caused a shift in the universe. The game invites players to obtain various characters to defeat nightmarish foes and powerful bosses.

It is believed that she is one of the best units in World Flipper, as her skill scales infinitely off combination count. This enables her to do a lot of damage to her enemies. It is recommended that players use her as a leader of a party consisting of Aurore and Soushiro.