Ubersreik 5 in Warhammer 2 is a powerful group of highly-skilled warriors that executed numerous against the forces of Clan Fester, the Beastmen, and the Norscan Rotblood Tribe.

In this exhilarating video game, Total War: Warhammer 2, players can enjoy turn-based and real-time battles. The game is part of the classic video game series, Total War, and thus, you will probably encounter similar gameplay and mechanics in the games.

Like its predecessors, Warhammer 2 is set in the Warhammer Fantasy’s fictitious universe, in which you can move armies around the map and control settlements.

There are many activities that you can enjoy in Warhammer 2, but it is advised that you focus on completing the main story quest. By following the story, you will discover the game’s lore, including Ubersreik 5.

One of the most important tasks in creating video games is writing the story of a game. A compelling, well-written narrative can capture players’ attention, and make them feel a range of emotions.

A fulfilling story will generally stay in the memories and even the hearts of those who have experienced it. But there is 1 more element that can push gamers even further in their involvement with the game; the lore.

A video game’s lore is its context and history, which includes all the elements that complement the principal narrative. Lore often adds depth and richness to the world in a video game, which expands its history outside the main plot.

The Ubersreik 5 are a motley band of Old World Heroes, and they contain Men, a Wood Elf, and a Dwarf. They were the only survivors of the Skaven assault on the Imperial town of Ubersreik during the End Times.

It is because of the battle that the Ubersreik 5 is part of Warhammer 2’s lore, as it adds depth to the main story. 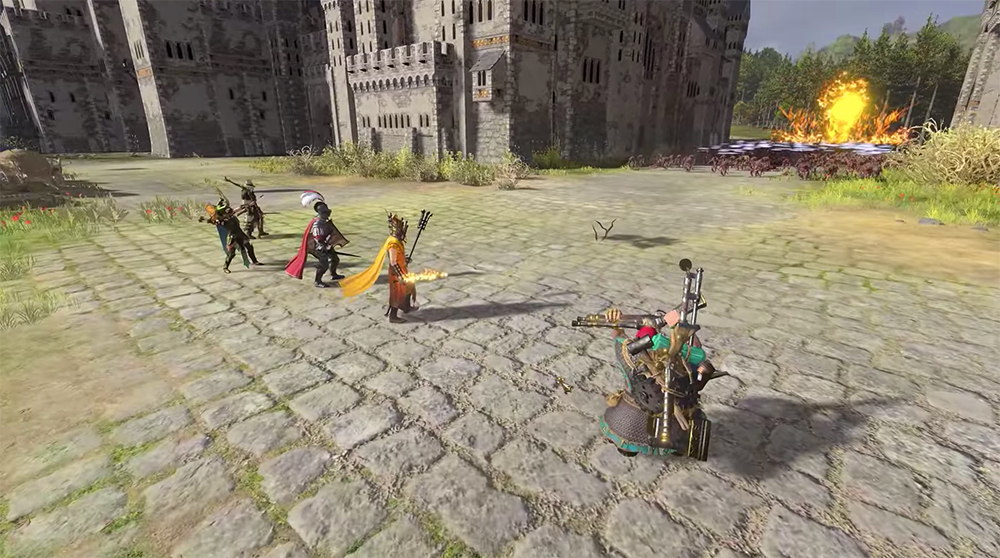 While the group started out as strangers to one another, they steadily built a rapport during their fight battle Clan Fester. Ubersreik 5 quickly became a highly effective assault force in the seven of the forces of Order against the servants of Chaos and the Skaven.

During the many conflicts of the End Times, the group executed dozens of successful tasks against the forces of Clan Fester, the Beastmen, and the Norscan Rotblood Tribe.

Every member of the group was knighted as part of the Ancient order of Bogenhafen in gratitude for their efforts to save the town and the council swore to construct a statue of them.

Ubersreik 5 has completed more than 10 missions together, and therefore, they have formed numerous allies. The table below outlines their allies, with a description of each:

Who are the members of Ubersreik 5?

As the group’s name suggests, Ubersreik 5 comprises 5 powerful heroes. Each member can be described as follows:

Can the Ubersreik 5 be able to defeat any Legendary Lords?

In Warhammer 2, there are various Legendary Lords that you can use in battle. Many players have wondered how the battle between the Ubersreik 5 and a Legendary Lord would go.

Theoretically, the Ubersreik 5 can defeat a few Legendary Lords. Queek, Skarsnik, Alberic, Rakarth, Araessa, and Khazrak are all melee fighters that could lose a 5-versus-1 battle.

How was the Ubersreik 5 formed in Warhammer 2 ?

Ubersreik 5 in Warhammer 2 was originally formed when 5 skilled warriors from an array of backgrounds ended up trapped in the Imperial town of Ubersreik in the Reikland in early 2523. This was during the time of the first Skaen attacks on the Empire early in the End Times.

Kerillian and Bardin were forced to make an alliance against the first scouting parties that entered the town in service of the Skaven. They later met Markus, who was hired by Victor to escort Sienna to her murder trial.

The 5 heroes sought shelter in the Red Moon Inn, where they were conscripted to repulse the Skaven invasion of the town.