The Mortal Empires map for Total War: Warhammer 3 was recently leaked, however, developers claim that it is an old prototype.

Total War: Warhammer 3 is a popular turn-based strategy and real-time tactics video game. As the name suggests, it forms part of the Total War series, which means that players will experience similar elements, gameplay, content, and mechanics. Lits are predecessors, the game is set in Games Workshop’s Warhammer Fantasy fictional universe.

Players are allowed to move armies around the map and control settlements in a turn-based manner. You can also engage in diplomacy or fight against artificial intelligence-controlled factions. The game offers a variety of activities for you to enjoy, such as customised battles, the Mortal Empires campaign, and multiple gaming modes, amongst others.

What is the Mortal Empires campaign?

Keep in mind that it also included downloadable content (DLC), factions, and lords, but players had to own the original game to have access to Mortal Empires in the sequel. It is alleged that Mortal Empires in Warhammer 3 will work in a similar way, but it is unclear whether players will need to own both of the previous games to gain access to it.

The new version of Mortal Empires is expected to be gigantic, as it will contain the entire map of the Warhammer universe. This means that there will be approximately 500 provinces spread across the map, combining a number of old and new continents.

Though the game’s developers, Creative Assembly, tried their best to keep the new map hidden, it was leaked. In response to the map leaking, they stated that it is a very old prototype, but there is a big chance that the map will not change much by the time it launches.

The map for Warhammer II was also leaked before the launch, and the developer said the same thing about it. But when the map was introduced in the game, it was almost identical to the leaked one with only minor differences. 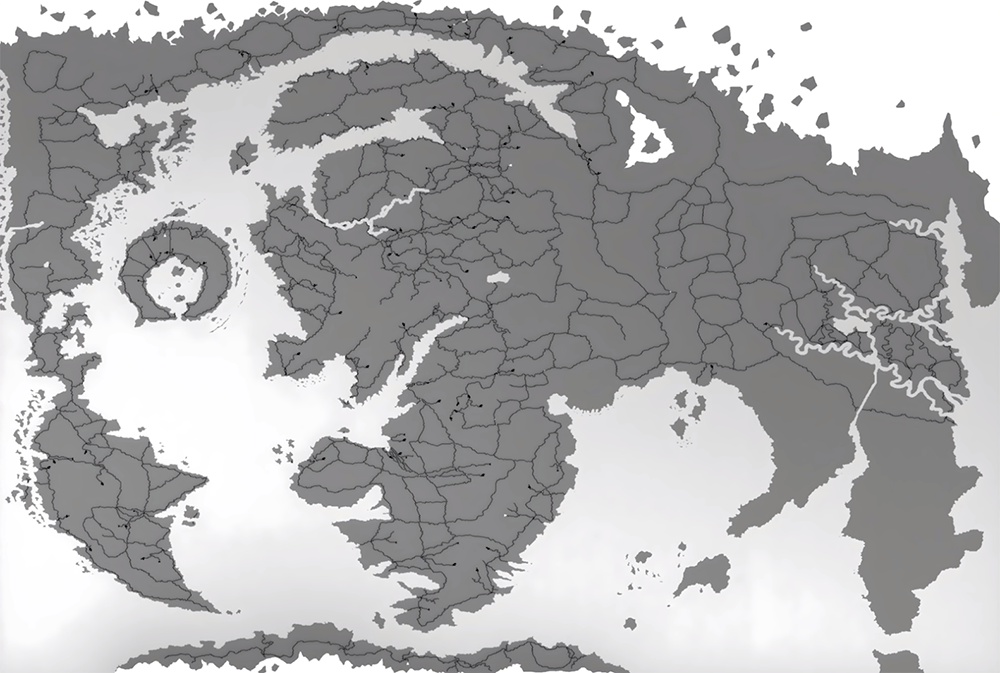 Players can expect to see a map similar to the one above in Total War: Warhammer III, however, there might be some changes made to it prior to the release.

Creative Assembly recently revealed that the Mortal Empires campaign will be known as Immortal Empires in Total War: Warhammer III. It is unclear why they decided to change the name, but apparently, they wanted to create a differentiation from its predecessors.

When will Immortal Empires launch?

Allegedly, players will have to own all three Total War: Warhammer games on the same storefront. This means that you can either own them on Steam or on the Epic Games Store.

What is the main campaign in Total War: Warhammer III?

The Realm of Chaos is the main campaign in Warhammer III. To complete it, players have to defeat all of the Chaos Gods’ 4 champions in order to absorb their souls into the Tome of Fate. Doing this will reveal the passage to the Forge of Souls, where Be’lakor keeps Ursun as a prisoner. Players are then able to take his blood to activate the Tome of Fate. As you progress in the campaign, you will get various rewards and items which can impact your gameplay.

Total War: Warhammer 3 is an exhilarating turn-based strategy and real-time tactical video game. As the name suggests, it is part of the Total War series, which means that you can enjoy similar mechanics, content, elements, and gameplay. Lits are predecessors, the game is set in Games Workshop’s Warhammer Fantasy fictional universe.

The game offers players various activities and campaigns to join, one of which is the Mortal Empires gaming mode. The developers decided to change its name to Immortal Empires for Warhammer III. Even though they tried their best to keep the new map a secret, it was recently leaked. As such, players can expect to see a similar map when it officially launches.