Players can choose between questing and the dungeons to level their character in The Burning Crusade, however, it’s recommended that players combine the methods for the best outcome.

World of Warcraft: The Burning Crusade (TBC) is the first expansion set for the massively multiplayer online role-playing game (MMORPG), World of Warcraft (WoW). The expansion features two new playable races, the Draenei of the Alliance and the Blood Elves of the Horde. The level cap was also raised, making the maximum level 70. In addition, a whole new planet, Outland, was released. The new planet features new quests, raids, dungeons, creatures, cities and zones.

Levelling in The Burning Crusade is not quite as difficult as the level one to level 60 journey in the classic World of Warcraft. However, it is considerably still difficult. The fastest players can reach level 70 in under 24 hours. That being said, most players can expect two or more days of playing time. Even if the player played through the WoW Classic, they could drastically reduce their levelling time for TBC with some strategies. These basic levelling strategies will be discussed in this guide. 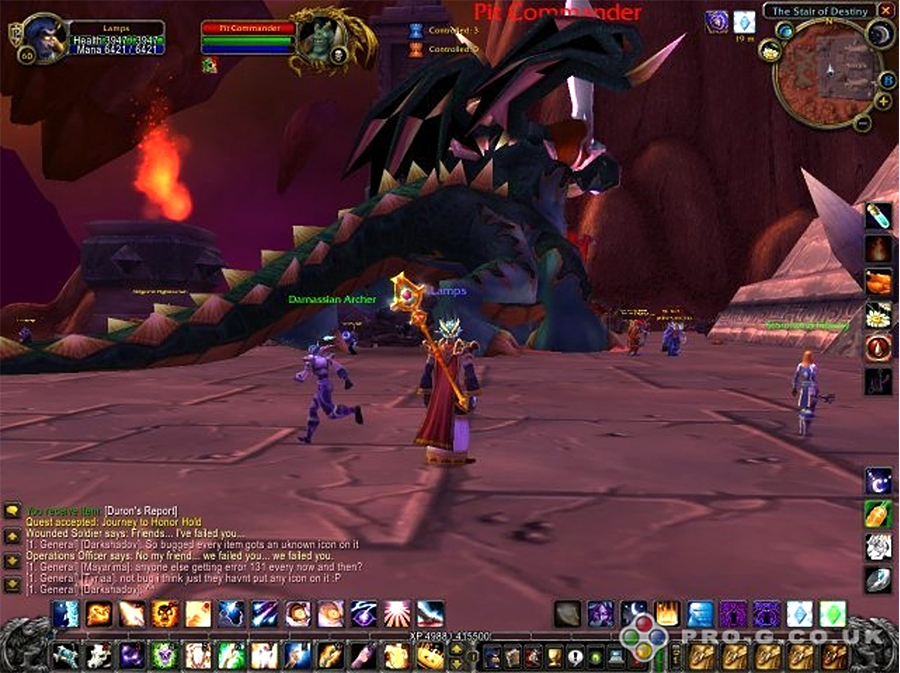 There are two basic levelling methods: dungeons and questing. If the player’s goal is to reach level 70 as fast as possible, dungeons will be faster, especially if the player does not have a lot of experience with the questing process.

However, questing can also be efficient. However, some classes are better than others and it can be very easy to get side-tracked. On the other hand, questing allows the player to participate in other things, such as player versus player (PvP) and Professions. Both can be enjoyable and help set up the player for playing at level 70.

Players should keep in mind that they do not have to stick to one strategy. Mixing questing and dungeons can be a great way to keep things interesting. Players will also pick up dungeon gear, while getting the benefits of questing as well.

This is the default and most common way of levelling. Players can play on their own schedule and there are always things to do. Players are not reliant on anyone else if they are questing solo. If the player does not have a set group for dungeons, this can be more efficient. It will also minimize the player’s downtime.

The time spent while questing can be divided into three parts: combat, recovery and travel time. Combat is the time the player takes to kill enemies. Recovery is the downtime while the player recovers mana or health, while travel is when the player needs to move between zones or quests.

Grouping can also be a great way to quest. Levelling with a friend can be much more enjoyable than playing solo. However, it all comes down to personal preference. Most classes benefit greatly from pairing up into a duo or a group, but some less than others.

For example, Hinters have one of the fastest kill rates in solo game. So, putting them in a duo is only going to slow down their experience points (XP), compared to being solo. On the other hand, Warlocks have an excellent kill rate while solo, but giving them a duo tank or healer partner will allow them to purely focus on damage. This can greatly increase their kill rate, which makes them a great class for duos.

Unlike in WoW classic, grinding is a poor option in TBC for levelling. There are more than enough quests in Outlands to get a player from level 60 to level 70. Grinding is just not worth it when compared to questing in other zones. Players can grind mobs, but it is not recommended. Grinding will earn the player less experience and less gear.

To be more efficient at levelling, players should have a route planned ahead. The more precise the route, the faster levelling will be. In TBC, the player generally will want to go to zones at their level to do the content. Most zones will offer the player one to two levels, with some particular zones offering far more.

A general order to follow is listed below. Both Horde and Alliance can follow the same path. The only difference will be the location of the questing hubs within some of the zones. 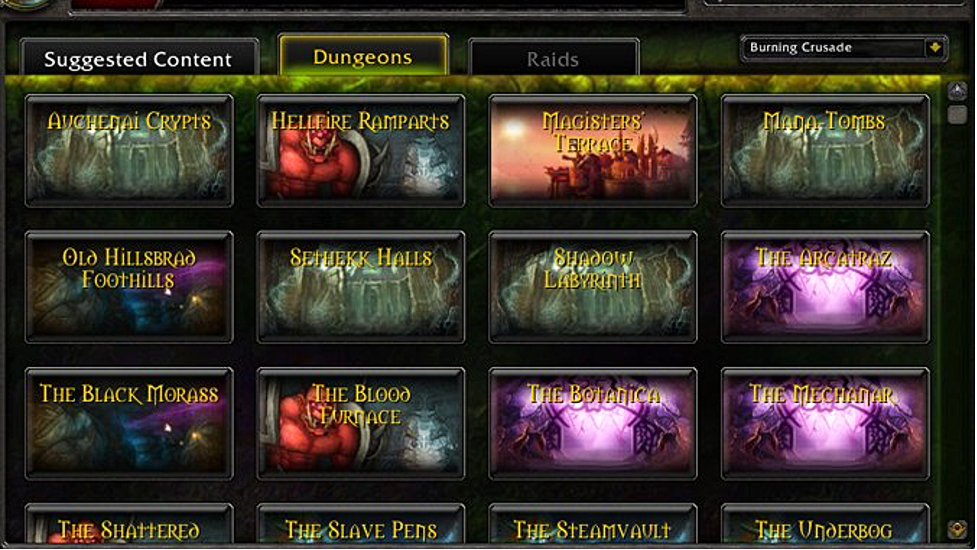 Dungeon grinding can be a very efficient source of experience in TBC. With a group of five, the player will be able to clear instances for a fast and efficient experience, while getting dungeon drops. The experience from dungeon grinding is so good that when done well with a coordinated and geared group, it can be twice as fast than traditional questing. However, this depends on the group’s knowledge, gear, efficiency and skill.

The first type of “meta” dungeon grinding group is known as the Melee Cleave. This group is made possible by Warriors. The Warriors use rage to deal high amounts of Melee damage and gain access to other skills. The sweeping strikes, cleave and whirlwind skills allows them to do very high cleave damage to three targets at a time.

Melee Cleave groups are built around Warriors and are designed to pull small, controlled groups of enemies. This is possible since Warriors using rage do not need to regenerate mana between pulls. This class is also very durable and can tank, while being in their normal damage setup. In a group with multiple Warriors, the Healer can focus on regenerating mana, while doing efficient healing.

This is the most common type of group, since the competitive restrictions are much more lenient. The best version of this competitive is four Warriors, and one Shaman or Paladin. However, one to two Warriors can be exchanged for Hunters or Rogues.

Mana users will not be nearly as good due to the frequent pulling. This means that they will have to spend lots of time drinking potions and not dealing damage. For Healers, Paladins and Shamans are the best due to the powerful buffs they bring for the Warriors. Druids and Priests are also viable, but not as good.

However, this type of group is high risk but reaps high reward. When executed properly, this will give the best experience out of any possible activity in the game. Though to get the experience, the player has to do incredibly large pulls which can be very dangerous. Dying can quickly turn this method into an inefficient strategy.

Players might be tempted to do each new dungeon as soon as they can, but that can be inefficient due to the travel time between dungeons. If the player’s goal is to get the best experience per hour, it is better to stick with fewer dungeons for longer periods of time.

Even though players can choose between questing and dungeons to level their character to level 70, it is recommended that they combine these methods to obtain rewards, gear and the most experience points possible.