ROX has confirmed its first-ever collaboration with anime series, That Time I Got Reincarnated as a Slime, which will feature five guest characters and two new world bosses.

Ragnarok X: Next Generation (ROX) is a mobile massively multiplayer online role-playing game (MMORPG). It forms part of the popular Ragnarok franchise, based on an anime series. Even though ROX has maintained the spirit of the well-loved Ragnarok Online, it introduces new features. Additionally, it offers new gameplay mechanics that players would not find in the classic version.

In ROX, players are able to explore the fantasy world of Midgard. In the main quest line, players discover that an evil presence threatens to tear the world apart. It is thus up to the player to save the world.

Before players can save the world, they should create a digital avatar. These avatars can be customized by equipping them with accessories, gear and costumes. It is important that players upgrade their avatars with better equipment systems throughout the game. This is necessary to make the characters stronger.

The game offers players a variety of activities and missions to do. Players can participate in different events, go fishing, tame a monster to become a pet, complete mission boards, join guilds and join the carnival system.

ROX will commence its first-ever collaboration with the popular anime series, That Time I Got Reincarnated as a Slime, also known as Tensura. The collaboration will bring the world of Tensura into the fantasy world of Midgard. It will feature multiple challenges and rewards for players who dare to join the big adventure.

To celebrate the upcoming event, ROX set up a daily reward event page. The reward page started in August 2021 and concluded on Sunday, 5 September 2021. During this time, players had the opportunity to gain 10 random rewards every day. However, it was based on a first come first serve basis. Players had the chance to win the Slime Avatar, an exclusive mount and a side bar among others. 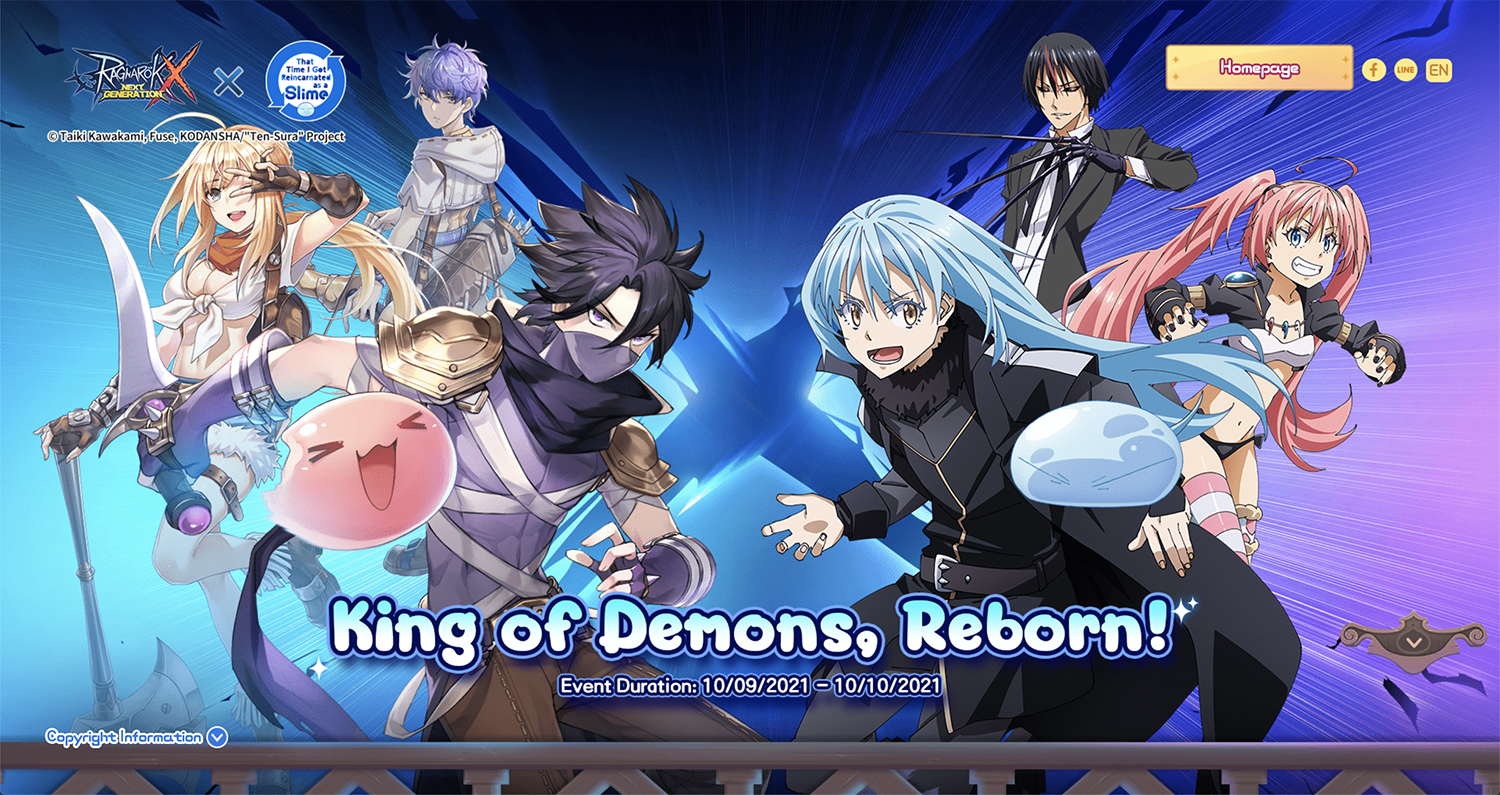 The Slime’s Adventure event will begin on Friday, 10 September 2021. The official website states, “Finally, the character reincarnates have arrived into the world of ROX!” Gold Card Veldora Tempest and Orc Disaster are waiting for you, start your fantasy adventure now!”

In the event, players will be able to defeat two bosses. The first boss is Veldora, the storm dragon. It is believed that Veldora was sealed in by a Hero in the past. However, the dragon met a slime and named it Rimuru. They now share the name Tempest.

After Veldora was released, he chose to reside in the Jura Tempest Federation as its guardian deity. However, the current location of Veldora is unknown. The dragon’s abilities and skills include scorching breath, black storm, storm mastery and multidimensional junction.

The second boss is Orc Disaster. The anime series shows that the Orc Disaster was a result of an Orc Lord and a Demon Lord’s seed. It is believed that when Orc Lord devoured Gelmun, and consumed several powerful races, he evolved into Orc Disaster. Orc Disaster’s location is currently unknown. However, his skills and abilities include chaos eater, chaos magic, starving ones and Orc Disaster Regeneration.

The trailer for Slime’s Adventures revealed five guest characters: Rimuru Tempest, Benimaru, Shuna, Shion and Souei. During the event, players will have the opportunity to obtain the guest characters’ head gear, costumes, pets and mounts. The event will also open up an event exclusive storyline, so players can expect a much bigger world to explore when the event officially begins.

During the event, players will be able to play different mini games to win rewards. The mini games include Slime Pop, Whack the Slime and Poring Matching. More details regarding the mini games will be revealed once the event has officially launched. 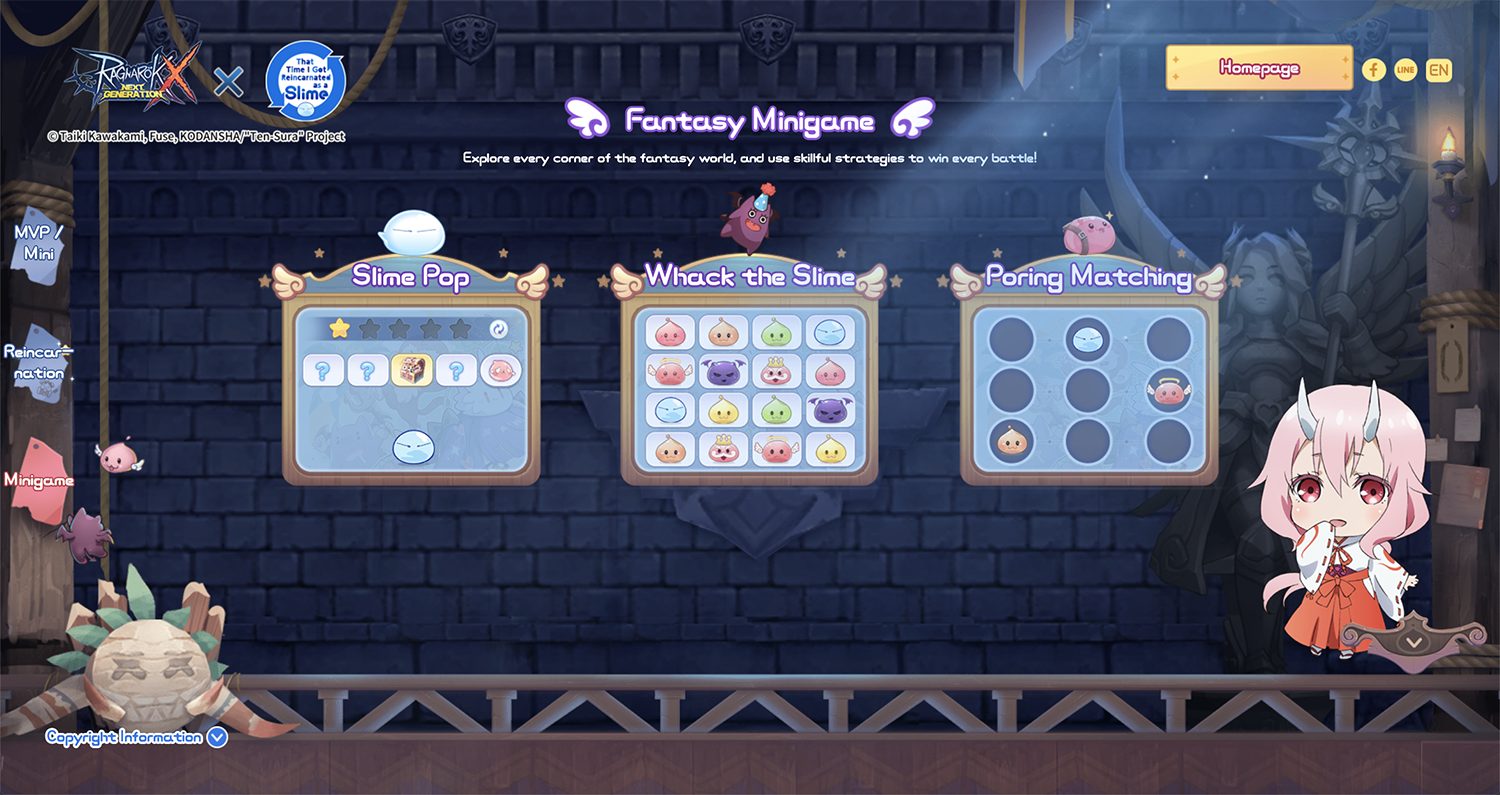 It is alleged that the next Ragnarok X: Next Generations update will feature multiple events. Even though the details of these events are unclear, players have speculated the names of the events. The speculated upcoming events include Otherworld Trial, Maze Relay Point, Fantasy World Gate, Otherworld Rally Pack and Demon Lord Challenge.

It is important to note that the above-mentioned items, monsters, skills, events and characters are subject to change, as they have yet to be confirmed.

Ragnarok X: Next Generation collaborated with the very popular anime series, That Time I Got Reincarnated as a Slime to bring players a brand-new event, titled Slime’s Adventures. Not only does the event feature a brand-new storyline, players will be able to obtain limited-edition headgear, costumes, mounts and pets. 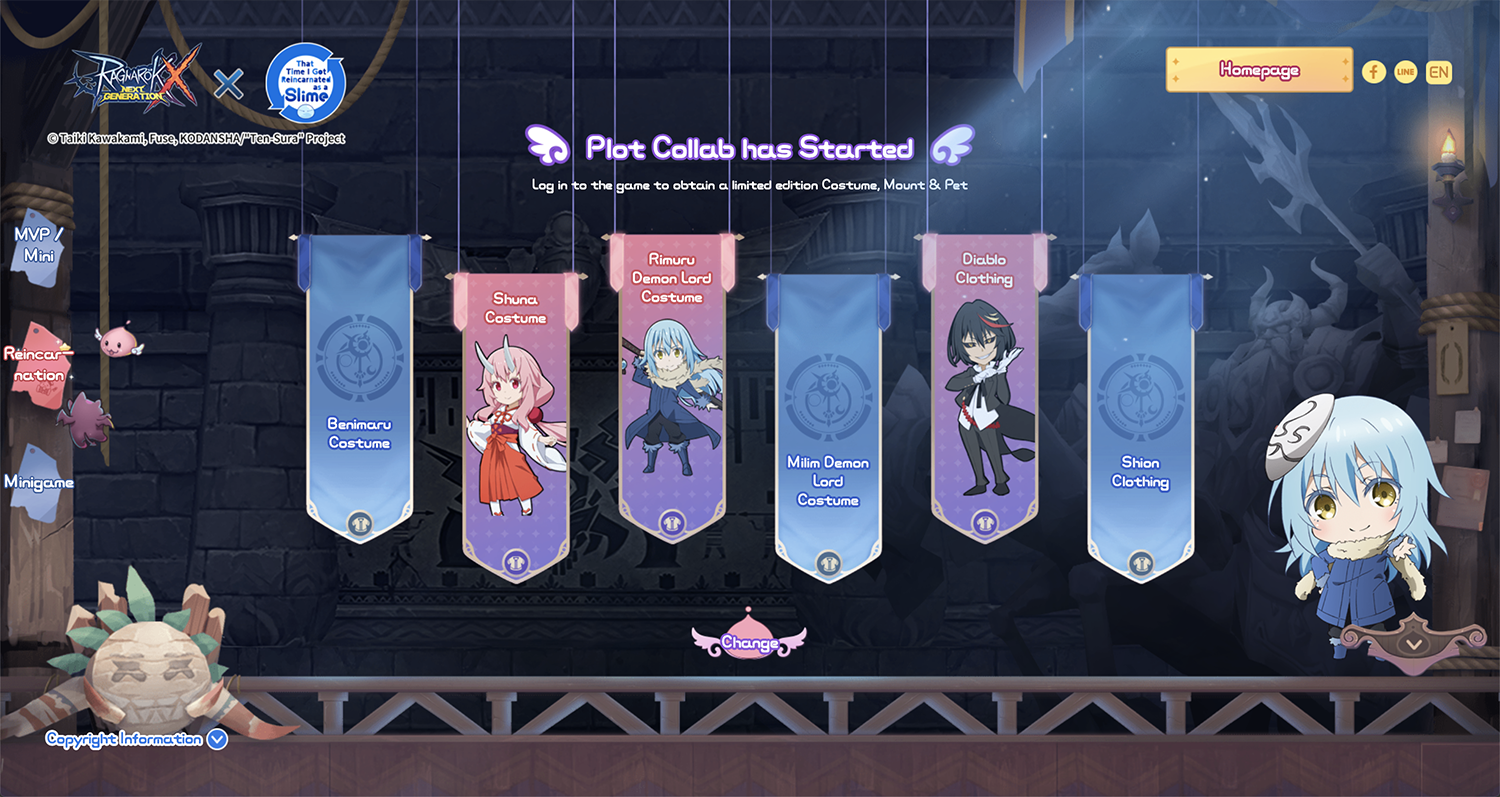