Ragnarok X: Next Generation has collaborated with a popular anime to host an event called Slime’s Adventures, where players will meet the infamous Rimuru Tempest.

Ragnarok X: Next Generation, also known as ROX, is a classic role-playing game which forms part of the Ragnarok franchise. The game has maintained the spirit of the well-loved, classic Ragnarok Online. However, it introduces a lot of fresh features and innovative gameplay mechanics that a player would not find in the classic version.

ROX invites players to Midgard’s fantasy world, to prevent an evil presence from destroying the world. Players are able to get lost in the bright and luxuriant world with the mesmerizing art style, which captures the real charm of the game.

Players will have the opportunity to create their own digital avatars to enter the world. These avatars can be customized by equipping different costumes, gear and accessories. It is important to note that players should constantly upgrade their characters with better equipment, as it will allow them to proceed further in the game.

Ragnarok X: Next Generation has recently collaborated with the popular anime series, That Time I Got Reincarnated as a Slime, to launch an event. The event is titled Slime’s Adventures and will begin on Friday, 10 September 2021. The event will run for a month, before concluding on 10 October 2021.

The collaboration will bring the world of Tensura into the world of Midgard. The event will also feature multiple challenges and rewards for players who dare to join. The official trailer revealed some guest characters that will appear during the event, such as Souei, Shion, Benimaru and Rimuru Tempest.

Players will be able to obtain the guest characters’ costumes, pets, mounts and headgear during the event. Slime’s Adventure will also open up an event exclusive storyline, so players can expect a much bigger world to explore when the event officially begins.

Rimuru Tempest is the main protagonist of the popular anime, That Time I Got Reincarnated as a Slime. However, he is formerly known as Satoru Mikami. Rimuru is the partner and best friend of the true dragon, Veldora Tempest. He is the founder and King of the Jura Tempest Federation, located in the Jura Forest. Tempest is one of the Demon Lords of the Octagram and he currently lives in Rimuru City.

Tempest is able to change form. Even though he is a Slime, he is able to mimic other creatures, including humans.

Rimuru has a quirky personality and a kind heart. Even though he wants to avoid troublesome situations, he works very hard when there is a task needed to be taken care of. Rimuru has the heart of a hardworking salaryman and a beloved senior co-worker. He often has a hard time rejecting someone if they ask him for help.

The official ROX website revealed that the event will introduce two new bosses, Veldora Tempest and Orc Disaster. It is believed that Veldora was sealed in by a Hero in the past. However, the storm dragon came across a Slime called Rimuru. They now share the last name, Tempest. 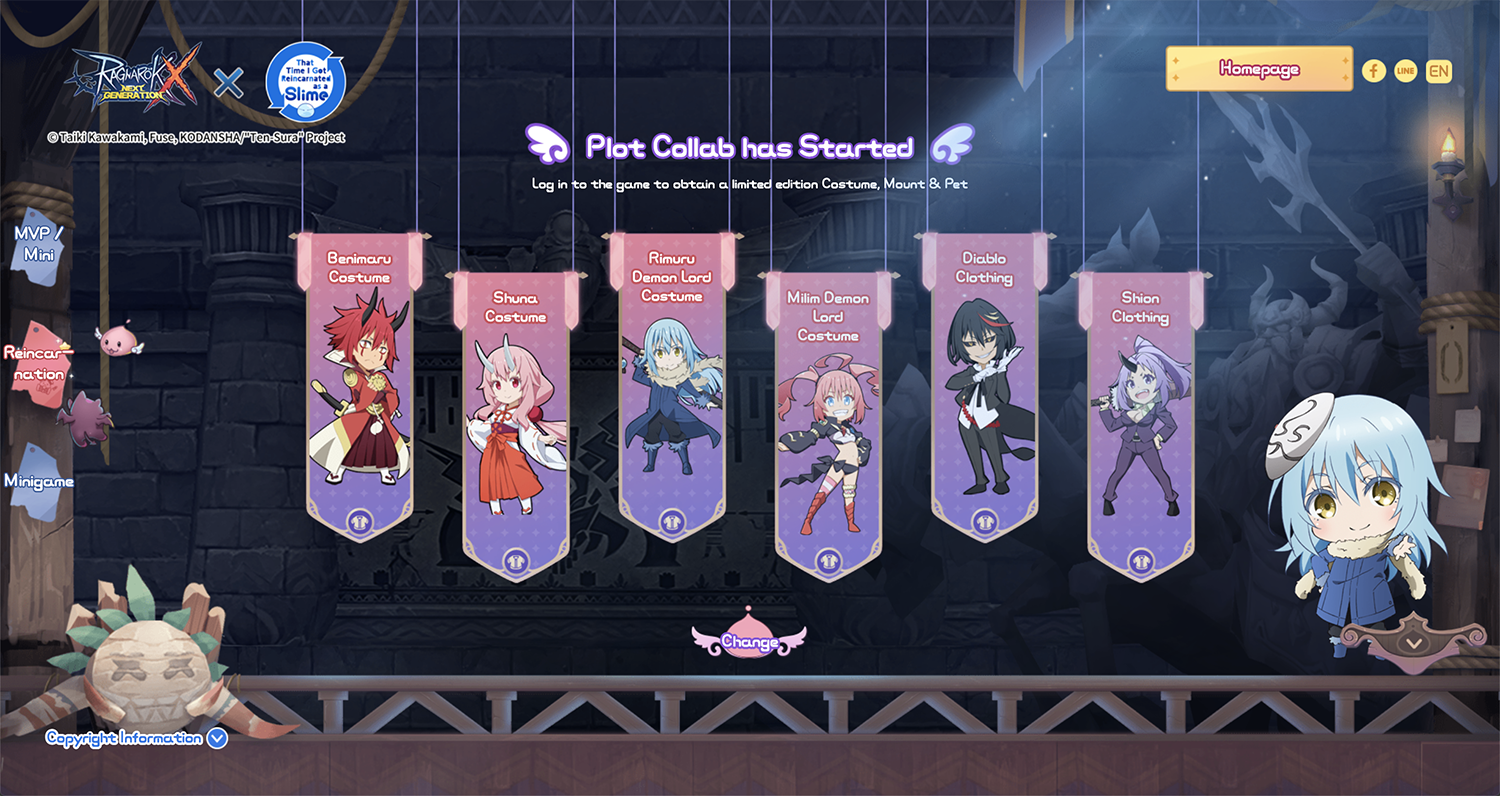