Players who have purchased the Kingdom Pass in ROX can obtain a Halloween-themed headgear and costume and a new mount.

Ragnarok X: Next Generation (ROX) is a popular adaption of the classic, Ragnarok Online. It is a massive multiplayer online role-playing game (MMORPG), developed and published by Gravity. Unlike the classic version, ROX was only released as a mobile game. However, it invites players to relive their days in the land of Midgard, along with their friends.

The game brings back all of the parts of Ragnarok Online that players once loved, including charming monsters, the original classes and familiar cities. However, ROX recreates it inch-by-inch with modern graphics along with three-dimensional (3D) viewing, which allows players to admire the world. From Lunatics and Porings roaming the fields outside to Prontera, to the zombies of Payon Dungeon, nothing is different. However, everything else has changed.

The game offers players a variety of activities to do and multiple quests to complete. Players are able to complete board missions, join guilds, tame monsters, and participate in various in-game events.

Before players can enter the world of Midgard, they need to create their own digital characters. These characters can be customized by equipping them with gear, costumes and accessories. It is important that players constantly upgrade their character’s gear, as the games content will get more difficult as players level up.

The following table indicates the job type, as well as a short description of the job:

In the game, players are rewarded with items when they complete certain tasks and quests. Players who wish to maximize their in-game rewards, can upgrade their account by purchasing the Kingdom Pass. It is important to note that the Kingdom Pass can be purchased with real-life money.

However, players are also able to buy the pass with Diamonds, which players can purchase with crystals. Players can thus farm Crystals to buy the Kingdom Pass without spending real-life money. 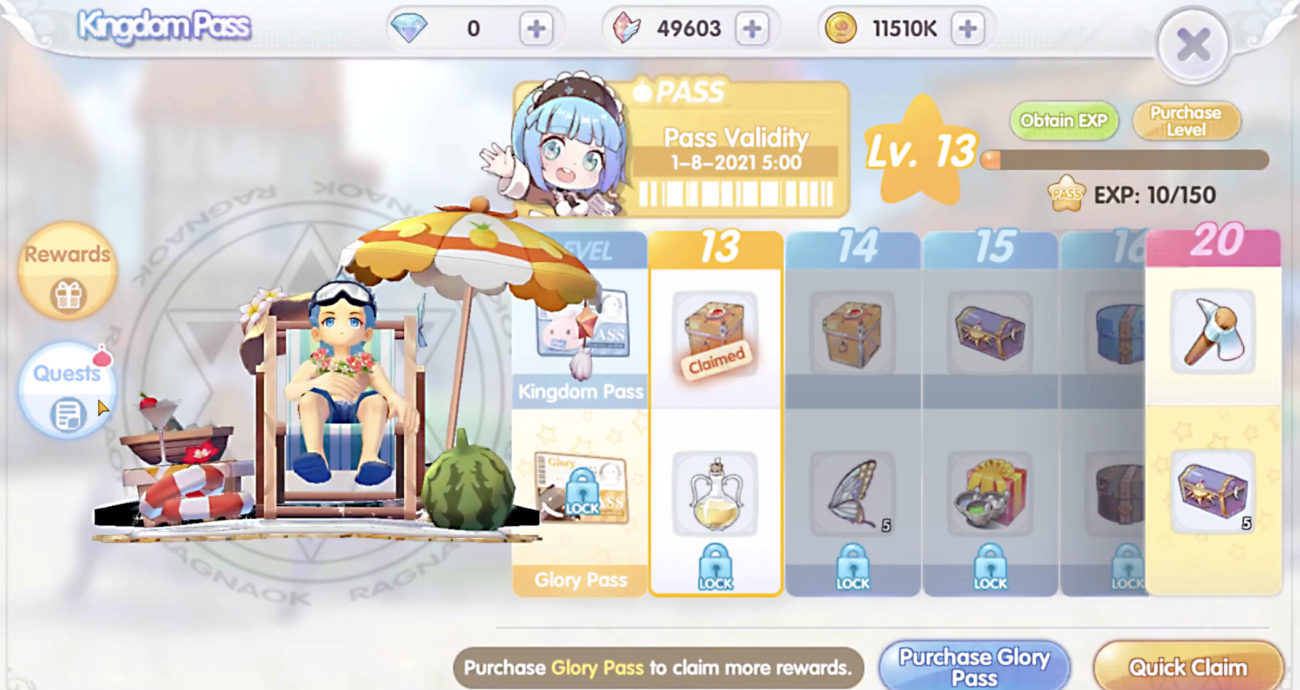 What is the Kingdom Pass system?

The Kingdom Pass system gives players a lot of rare rewards. It is believed that the Kingdom Pass feature makes ROX easier to play as players obtain a lot of Odin’s Blessings from it. This means that players are able to farm and play the game for a longer period of time.

Players who have unlocked the Kingdom Pass will receive various rewards during October 2021. Since Halloween is the end of the month, players can expect the costumes to be Halloween-themed. Players will be able to collect a Witch Hat and a Witch Outfit. To complete the Halloween outfit, players can also collect the Witch Broom back piece.

In addition to the costume, players can obtain a new mount called Moonster. It is important to note that it cannot be used for Cavalry combat. However, all classes will be able to claim it. The mount’s speed is ranked at four, but it can only take one rider. 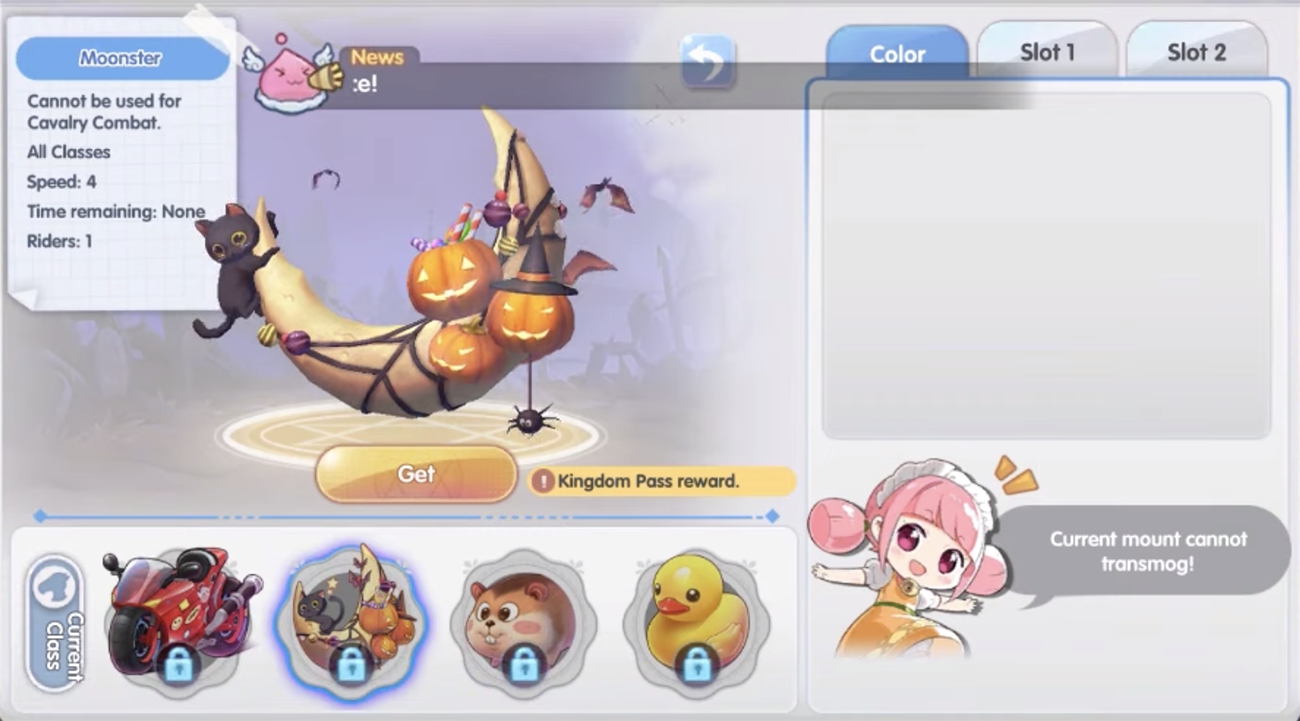 It is important to note that players need to complete all Kingdom Pass missions in order to obtain the abovementioned items. It can thus take some time before players can show off their new costume and mount. Luckily, players have the entire month of October 2021 to collect the rewards.