The latest ROX introduced the Mentorship System, where experienced players have the opportunity to guide students, however, players need to complete quests to become a master.

Ragnarok X: Next Generation (ROX) is a popular adaption of the classic, Ragnarok Online massive multiplayer online role-playing game (MMORPG), developed and published by Gravity. ROX invites players to once again relive their blissful days in the land of Midgard, along with their friends.

The game brings back all of the parts of Ragnarok Online that players loved, including the familiar cities, original classes, and charming monsters. However, it recreates it inch-by-inch with modern graphics along with three dimensional (3D) viewing, which allows players to appreciate the world. From Lunatics and Poring’s roaming the fields outside to Prontera, and to the zombies of Payon Dungeon, nothing is different. However, everything else has changed.

Players are able to create their own digital characters. These characters can be customized by equipping them with accessories, gear and costumes. It is important that players constantly upgrade their character’s gear, as the game’s content will get more difficult.

The game offers players various quests to complete and a variety of activities to do. Players can participate in different events, go fishing, cooking, smelting, tame a monster to become a pet, gardening, complete mission boards, join guilds and participate in the carnival system.

What is the Mentor System?

The ROX Mentor System gives experienced players the opportunity to become a ‘Master’. This means that players will need to teach and help new ROX players, also known as students. Masters may need to teach their students general gameplay, including how to use skills, how to attack monsters, where to find quests, how to buy items in the shop, and how to join guilds. Additionally, students may ask that their Master’s help them to level and upgrade their characters. 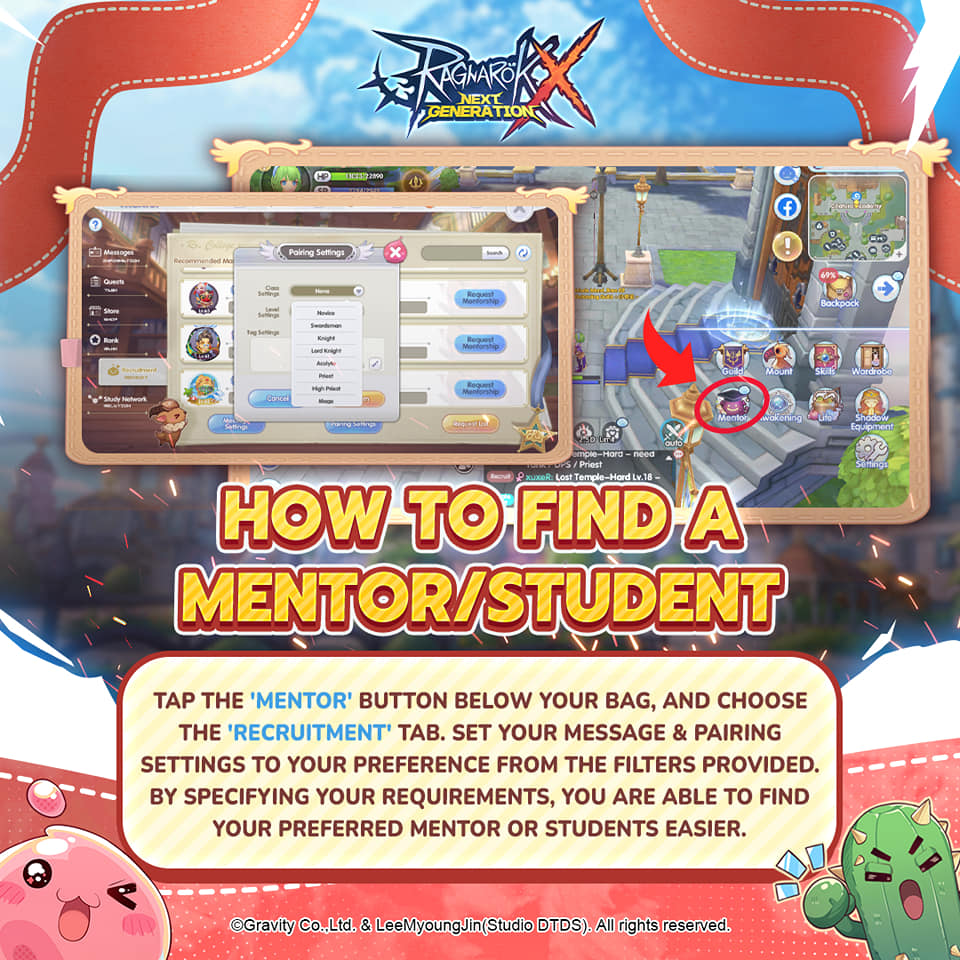 How to become a Master

When players log into the game, they will discover a red quest to either become a student or a Master.  Players will need to travel to the Criatura Academy to begin the questline. After arriving at the academy, Mainz will ask the player to obtain five military badges. Players can obtain these badges by killing soldier skeletons in the Pyramid’s first-floor (1F).

When the player has obtained enough badges, they can head back to Mainz to hand it over. Players should now have unlocked ‘Master’s Examination II.” To complete this mission, players will need to pass a quiz. It is important to note that players can complete the quiz until they have gotten all of the questions correct. However, the following table indicates the questions as well as the answers:

It is important to note that the questions can be asked in any order. After passing the second test, players need to talk to Mainz one last time. Players will then unlock the Master menu. 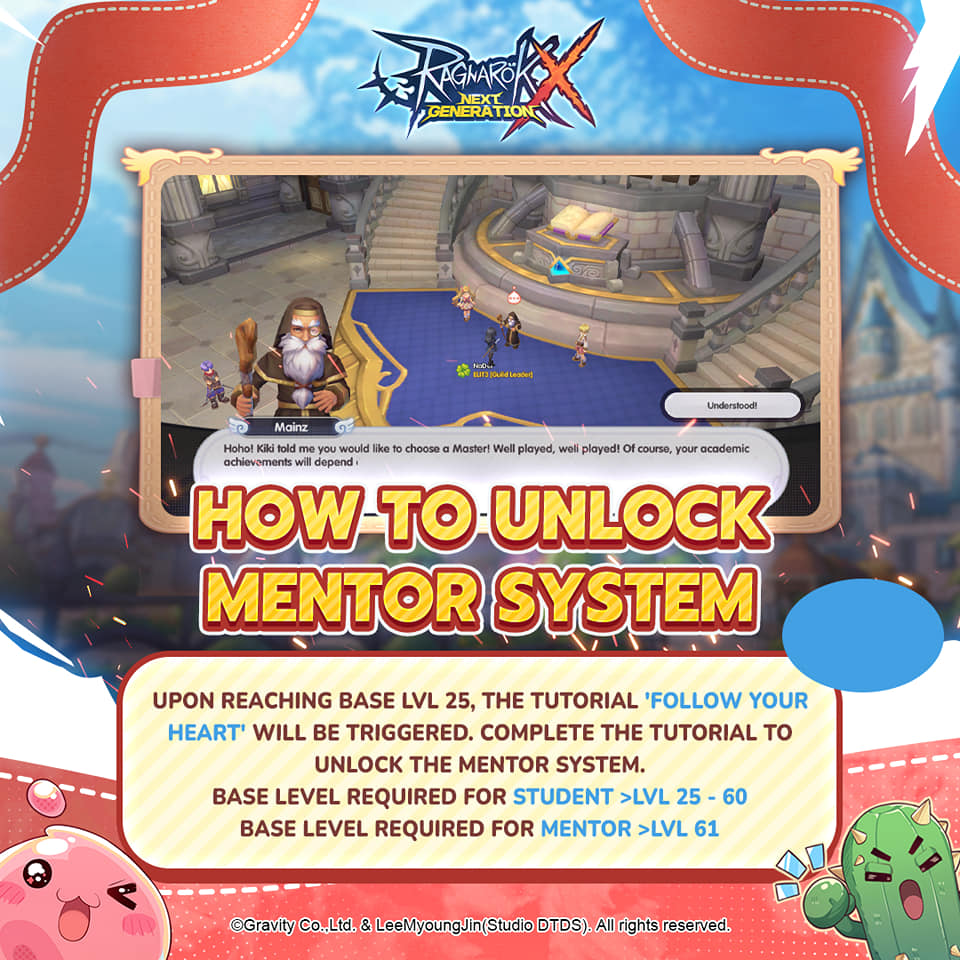 In the Mentor menu, players will be able to see the quests, store, rank, recruitment and study network. Additionally, players can view their recruits and see their Master identification card. To recruit a student, players can simply click on the plus icon. After clicking on the icon, a new menu will pop up with recommended students. Players can select any student and confirm the mentorship by clicking on the ‘Teach’ button.

Players can also click on the ‘Request’ tab to view students who specifically requested them to be their mentor. Initially, players can only mentor two players. However, as the player progresses through the Mentor System, they will unlock a third slot in the Master Menu. This means that players will be able to mentor three players at the same time. 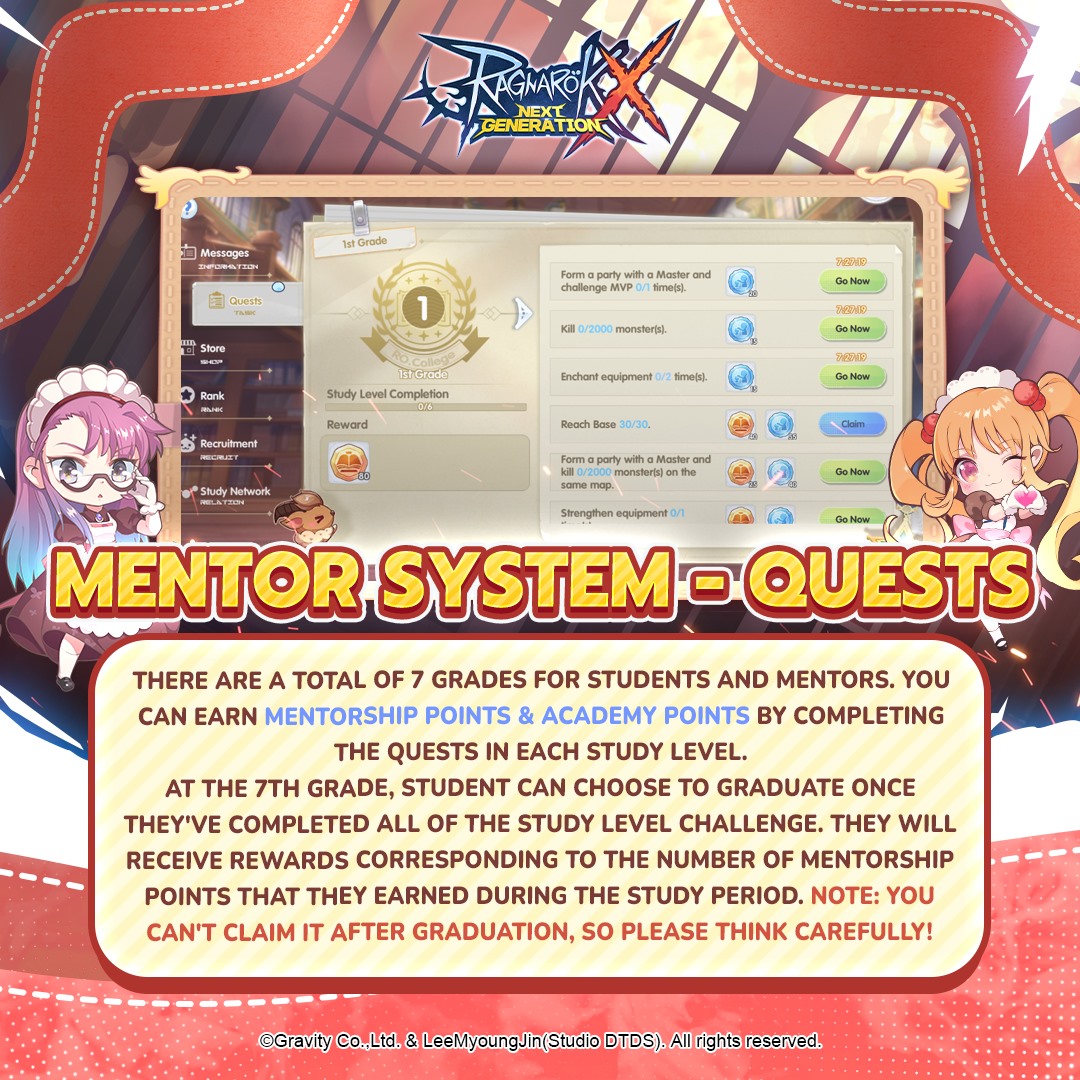 In the Master menu, players can click on the ‘Quests’ tab to discover various quests. For example, Masters need to form a party with a student and kill a thousand monsters. If the Master successfully completes a quest, they will receive a number of Academy Points and Mentorship Points. These points can be used in exchange for other prizes in the store. Masters will also receive multiple rewards for completing all the quests in their rank. 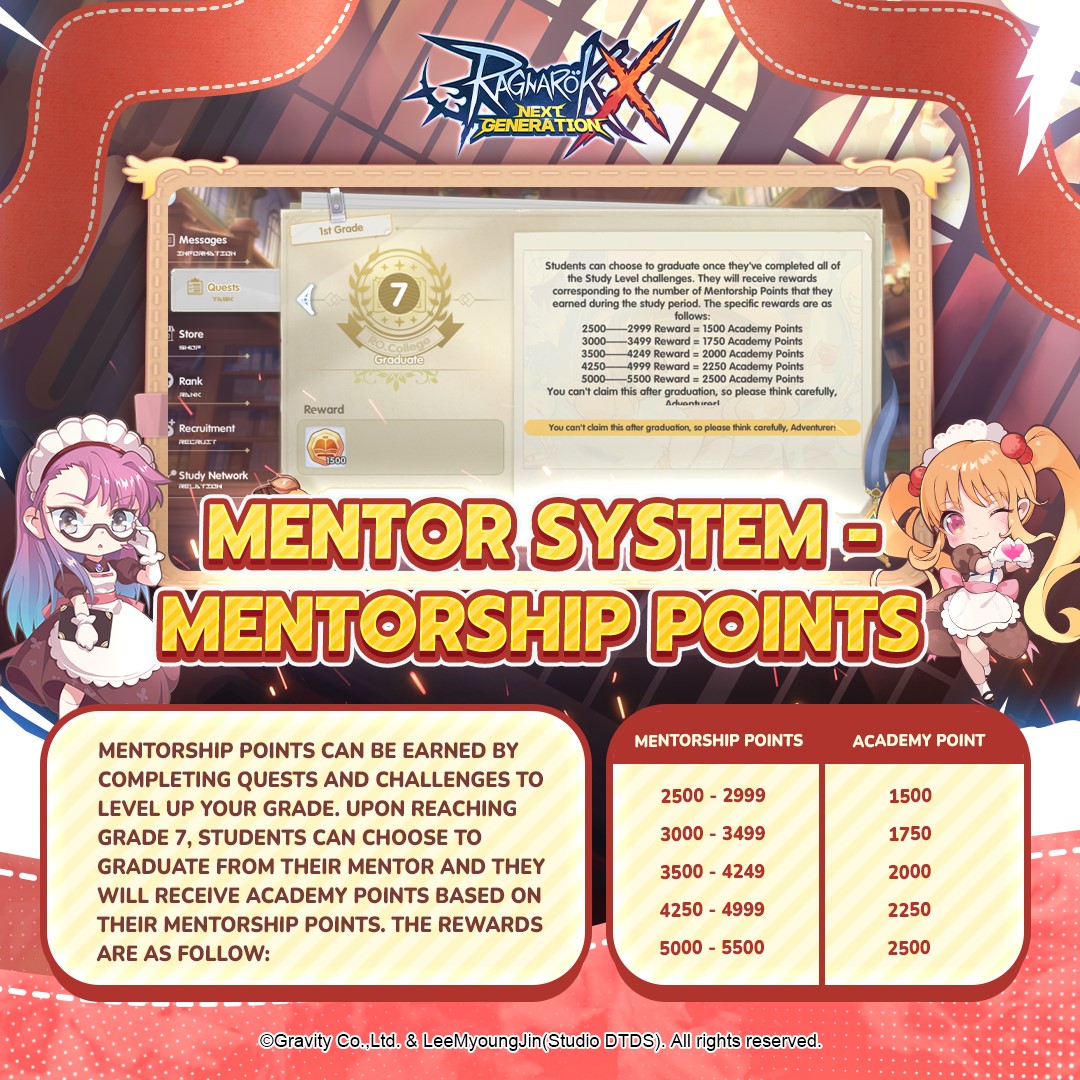