Cards only have a 0.1 percent drop rate in ROX, it is thus important to fight monsters 10 levels higher or lower, to avoid the drop rate penalty.

Ragnarok X: Next Generation (ROX) is a popular mobile massively multiplayer online role-playing game, that forms part of the Ragnarok franchise. It has maintained the spirit of the well-loved, classic Ragnarok Online. However, it introduces multiple new features and innovative gameplay mechanics that players would not find in the classic version.

The game allows players to enter the fantasy world of Midgard. However, an evil presence threatens to destroy the world. It is thus up to the player to save the bright and luxuriant world with the mesmerizing art style.

Players are able to create their own digital avatars to explore and save the world. The player can customize their avatar by equipping it with costumes, accessories and powerful gear. The avatars can also be constantly upgraded with better equipment systems, which will lead the player to proceed further in the game.

To make their characters more powerful, players are able to enhance their gear, accessories and weapons with cards. There are multiple cards available in the game, each of which offers the player a unique enhancement. For example, the Rocker Card is a White Weapon Card that will improve the character’s vitality by 4 800.

Cards are seen as very rare items in ROX, as they have a drop rate of only 0.1 percent. It is thus clear why players sell cards at ridiculous prices when they manage to find one.

What is Odin’s Blessing?

Odin’s Blessing is one of the primary sources of massive experience gains. It allows players to get five times the experience from killing monsters. The blessing can be obtained by standing near Odin’s Statue and by completing board missions. Each board mission completed will reward the player with 140 Odin’s Blessings.

Players can also obtain the blessing through being away from keyboard (AFK) in Prontera for 10 minutes. This method will give the player 600 Odin’s Blessing’s. It is important to note that these resources can only be obtained for one day.

It is believed that Odin’s Blessing does not affect the card drop rate. This means that the card drop is purely random and depends on the player’s luck.

Does a player’s base level affect the card drop rate?

A player’s base level does not have any effect on a card’s drop rate. It can thus be concluded that the drop rate of cards in ROX is random and is based on luck. 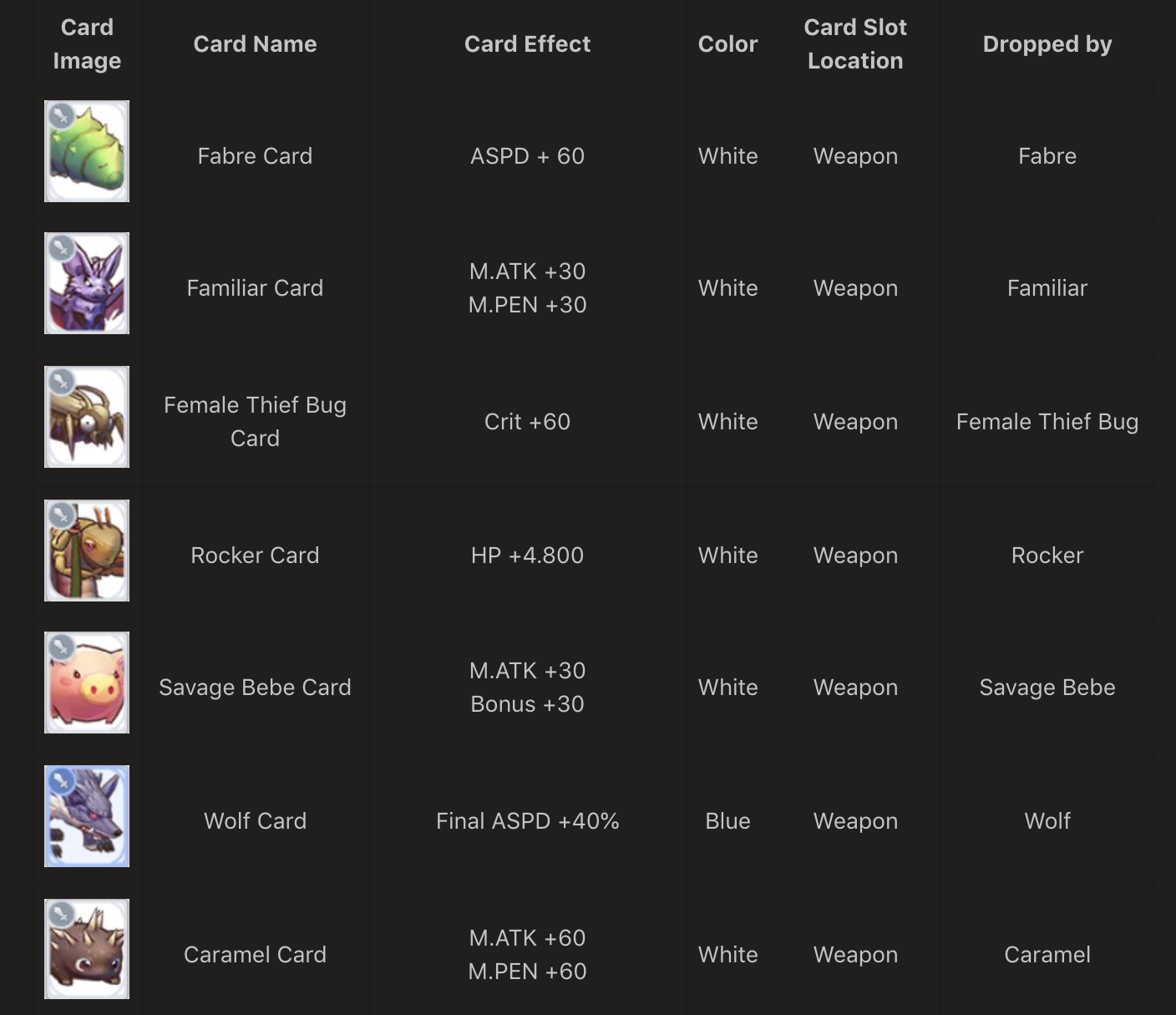 When players are grinding monsters, it is recommended that players always watch out for their target’s levels. If there is a big level gap between the player’s base level and the target’s level, experience and drop rate penalties will apply.

It is important to note that players will get lower experience and drop rates if they are 10 levels higher or lower than their target. For example, if the player is at level 82 and they are farming on Eggyras, level 61, then they have a 21-level gap.

This means that players will only get 40 percent of the experience and drop rates. Instead of Evil Horns dropping at a 23 precent chance, it will drop down to 9.4 percent.

It is thus recommended that players kill monsters with a maximum of 10 level gaps to prevent reductions in experience and drop rates. As cards only have a drop rate of 0.1 percent, players will almost have no chance to obtain a card if they attack a monster with a big level gap.