In Raid: Shadow Legends, players can collect multiple units, one of which is Vergis, who is able to take players to end-game content.

Raid: Shadow Legends is a popular fantasy-themed, turn-based mobile game set in the fictional world of Teleria. However, the world has recently been taken by the Dark Lord, Siroth. It is thus up to the players to save the world.

The game features multiple adventures for players to take part in. However, it is advised that they familiarise themselves with the Affinity system before they participate in one of the in-game activities.

There are four types of distinct Affinities in the game, and players will need to have knowledge of all of them to be successful. One Affinity offers no particular disadvantages or advantages over the others, while the rest of them exist in balance with one another.

Once players understand all the Affinities, they are able to assemble an army of Champions. The players will use their Champions for battles in deserts, castles, temples and dungeons defended by enemies.

It is important to note that there are four types of Champions: Attack, Support, Defence and Health Point (HP). Players should thus choose the Champion wisely. 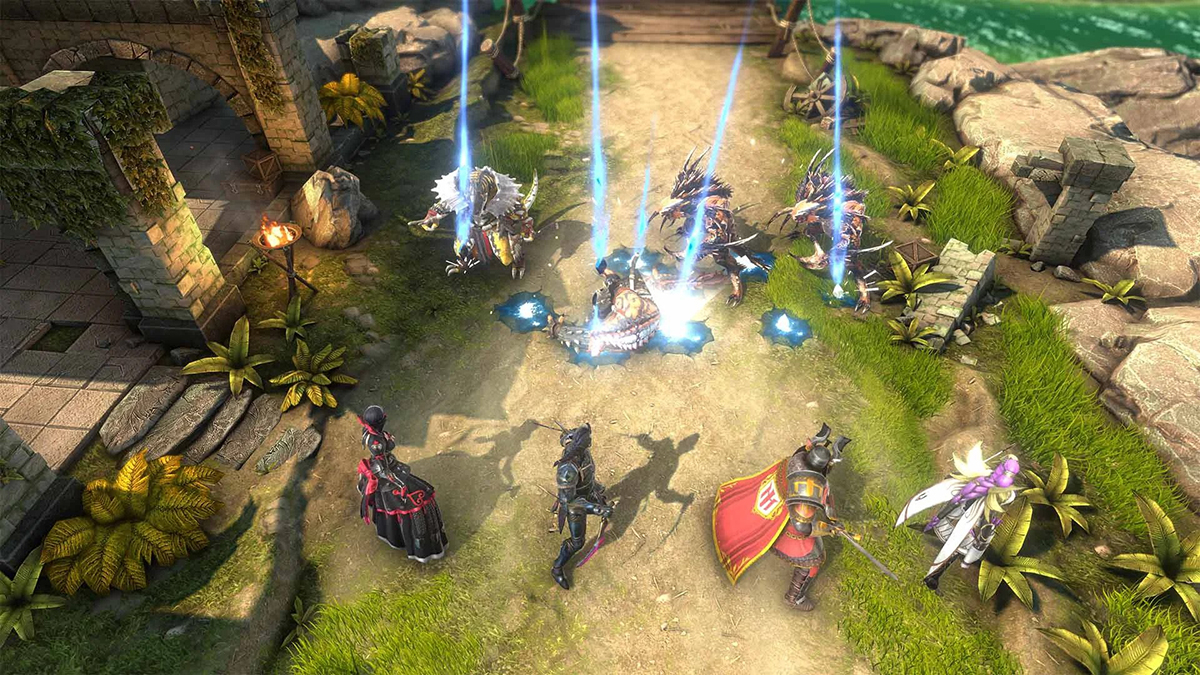 Players are able to collect more Champions by using Shards, which contain the souls of ancient warriors. Once the players have collected the required Shards, they can summon a warrior at the in-game Summoning Portal.

One of the Champions players can obtain in Raid: Shadow Legends is Vergis. He is an epic Defence warrior part of the Spirit Affinity.

Vergis is very useful from early game and he is able to take players to end-game content. Additionally, he is an exceptional leader as he increases his allies’ Defences. 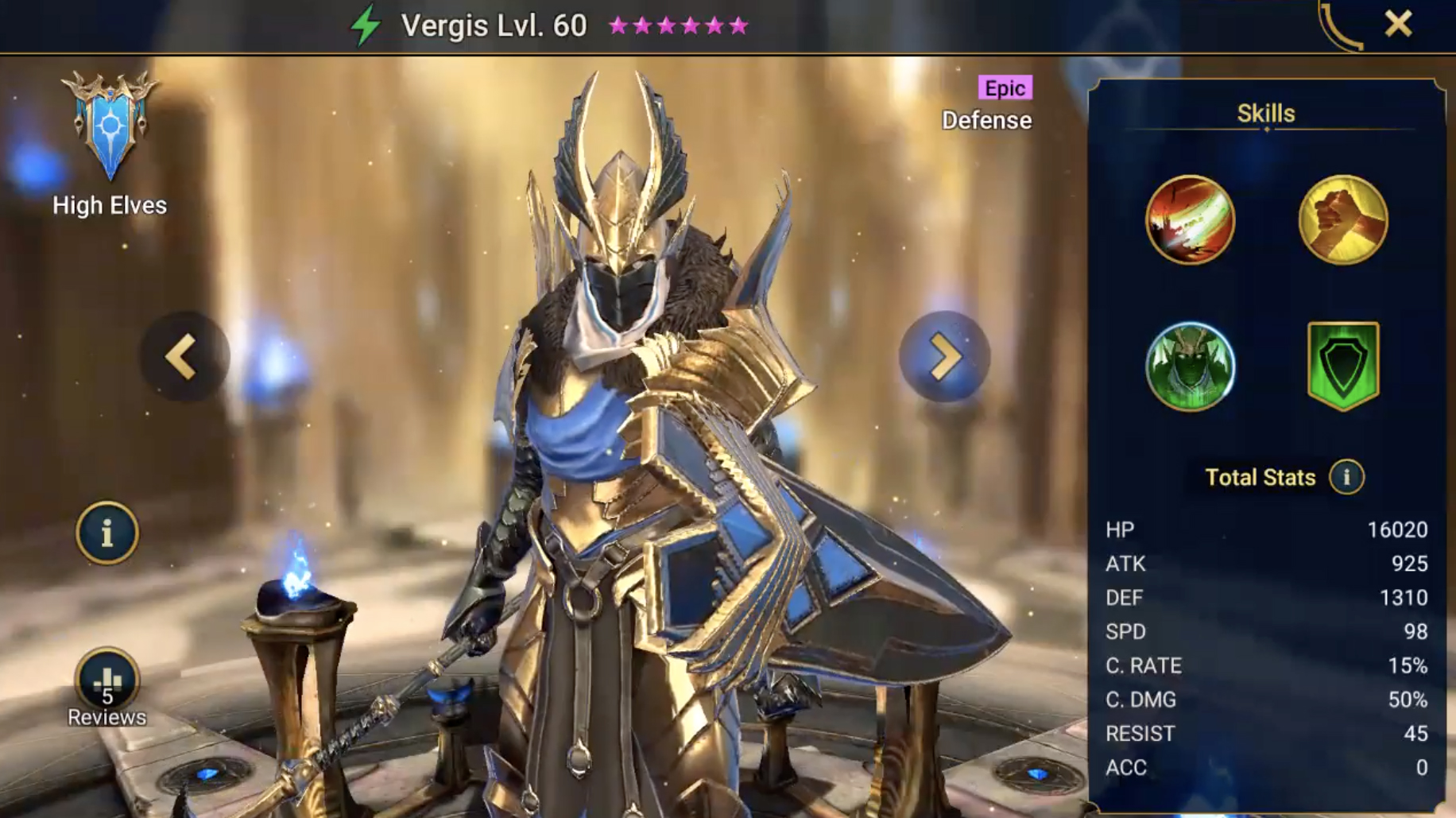 The following table indicates the names of Vergis’ skills and provides a short description of each:

In addition to the above-mentioned skills, Vergis features an aura. It increases all ally Defences in dungeons by 30 percent.

For Arena, Campaign and Faction wars, it is recommended that players equip Vergis with two Defence sets and one speed set. However, for Dungeons and Clan Bosses, players can equip one lifesteal set and one speed set.