Players are able to collect Jizoh when they log into Raid: Shadow Legends during the first 14 days of playing the game.

Raid: Shadow Legends is a popular turn-based, fantasy-themed mobile game. It is set in the fictional world of Teleria, but is colonized by the Dark Lord, Siroth. It is thus up to the players to retake the world. The game features multiple adventures for players to take part in.

There are four types of distinct Affinities in the game, and players will need to have knowledge of them to be successful. One Affinity offers no particular disadvantages or advantages over the others, while three of them exist in balance with one another.

Once players understand all the Affinities, they are able to assemble an army of Champions. The players will use their Champions for battles in temples, castles, dungeons and deserts which are defended by enemies.

When players first start playing Raid, they will have to play a tutorial mission to learn the mechanics and gameplay. After the tutorial, players will be able to choose their first Champion.

It is important to note that there are four types of Champions: Defence, Health Point, Support and Attack. Players should thus choose their first Champion wisely.

Players are able to obtain more Champions by using Shards, which contain the souls of ancient warriors. Once the players have collected the required Shards, they can summon a warrior at the in-game Summoning Portal.

It is important to note that there are four different Shards, and each summons a different type of Champion.

One of the Champions players can collect in Raid: Shadow Legends is Jizoh. He is an epic Champion and forms part of the Spirit Affinity. This means that Jizoh has a big advantage against Force Affinities. However, he is quite weak against the Magic Affinity. 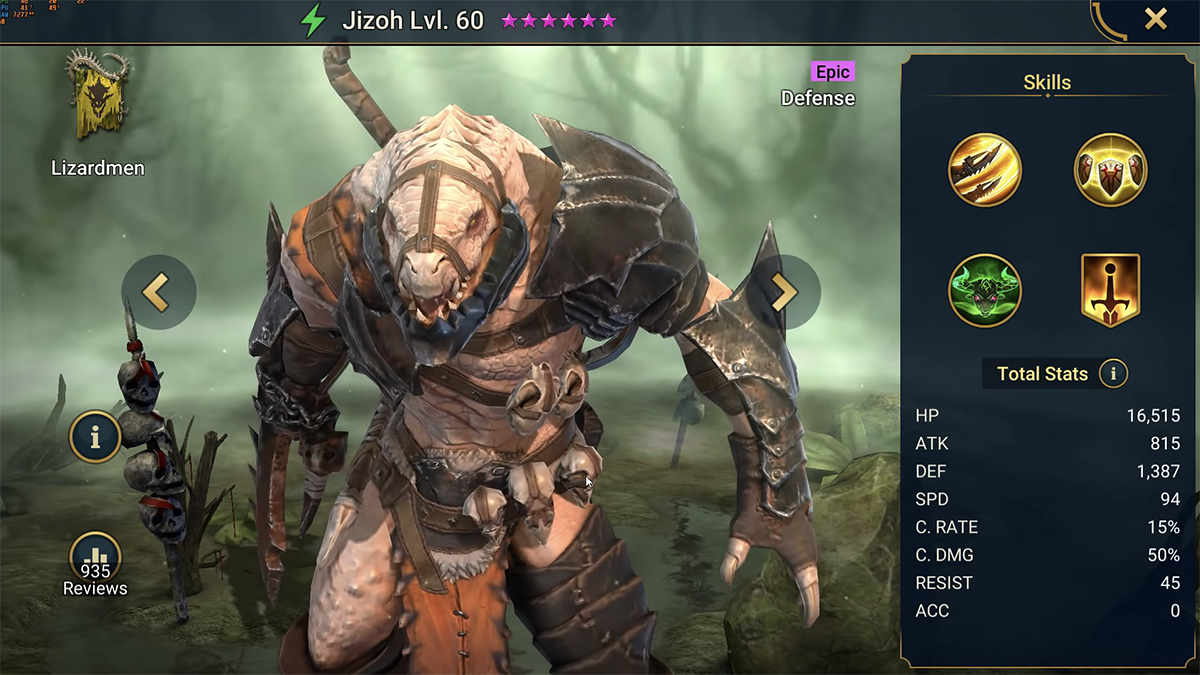 Jizoh can be quite powerful in early game Arena and Clan boss fights due to his skills and abilities. However, in end-game, he is effective in a Faction Wars team.

Even though Jizoh is a good Champion, it is not recommended that players invest in maximum masteries or multiple books for him. Nevertheless, he is still worth taking to level 50 in early game.

Jizoh is a free champion gifted to players when they log into the game during the first 14 days of playing. This means that all players stand a chance to collect him when they first start playing the game.

The following table indicates Jizoh’s skills and a short description of each:

In addition to the above-mentioned skills, Jizoh also has an aura. The aura increases all allies’ attacks in battles by 18 percent.

One of the Champions players can collect in Raid: Shadow Legends is Jizoh. He is an epic Champion and forms part of the Spirit Affinity. It is recommended that players play him until they reach level 50.

However, players should not invest in maximum masteries or multiple books for him. Players can obtain him if they log into the game during the first 14 days of playing, as he is a free Champion.