Punishing: Gray Raven (PGR) is a mobile action role-playing game set in a post-apocalyptic world. The world is currently overrun by corrupted cybernetic enemies caused by the Punishing Virus. The game invites players to lead a squad of up to three characters, known as Constructs, against the corrupted and other opposing forces in order to retake the planet.

Constructs can be improved by levelling up the gear and weapons. Players are able to unlock additional Constructs by advancing in the main story through the gacha-system or by participating in events.

The in-game currency can be obtained through in-app purchases or by simply playing the game, which can then be used to upgrade Constructs and their equipment. Since Publishing: Gray Raven features a gacha-system, it also has a pity system. This ensures that the player will receive rare items after a certain number of pulls.

The game also features a housing system in the form of dormitories (dorms). Dorms allow players to interact with their Constructs. They feature various rooms which players are able to unlock using Residence Permits. Once a room is unlocked, players are able to enter and decorate the dorm with a variety of décor. The décor can increase comfort statistics and players can place Constructs with their preferred dorm to increase Stamina and Mood recovery.

Punishing: Gray Raven is currently hosting its second event called Fallen Star. Players are able to complete different missions in order to obtain Memory and the event currency, Hetero Samples. The event launched on Thursday, 9 September 2021, and will continue for an entire month.

During Fallen Star, players will have the opportunity to participate in various “miniature” events, including Mass Deterioration, Battle Log, Straylight Terminal, Rising Star and Babel Tower, among others. If players successfully complete these mini events, they will receive various rewards, such as Heteromer Crystals, a Volatile Priestess portrait and different coatings.

The Individual project progress can be tracked by going to the event menu. Players can then select the Rising Star option before selecting Project Progress. Players will be able to see how they are progressing with collecting specific items. For example, for Individual Progress, players need to collect a total of 10 Component Pieces. If players manage to collect all 10 pieces, they will receive various rewards. It is important to note that there are five individual progress missions that players can complete. The final progress is to collect 50 Component Pieces, which can take a lot of time.

Players can find the missions they need to complete in the Rising Star tab in the Event Menu. It is important to note that players only have a certain amount of time to complete these missions. The missions include, but are not limited to, Set Transport, where players need to clear Mass Deterioration stages one time.

Another mission the players can complete is Crew Training, where they need to clear Mass Deterioration stages three times. If the players successfully complete the missions, they will receive various rewards, including Component Pieces.

What are Component Pieces?

Components are fragments obtained by participating in the Rising Star Liftoff Project. It can be used for further engineering construction of the E-02 Babylonia as materials.

Why should players collect Component Pieces? 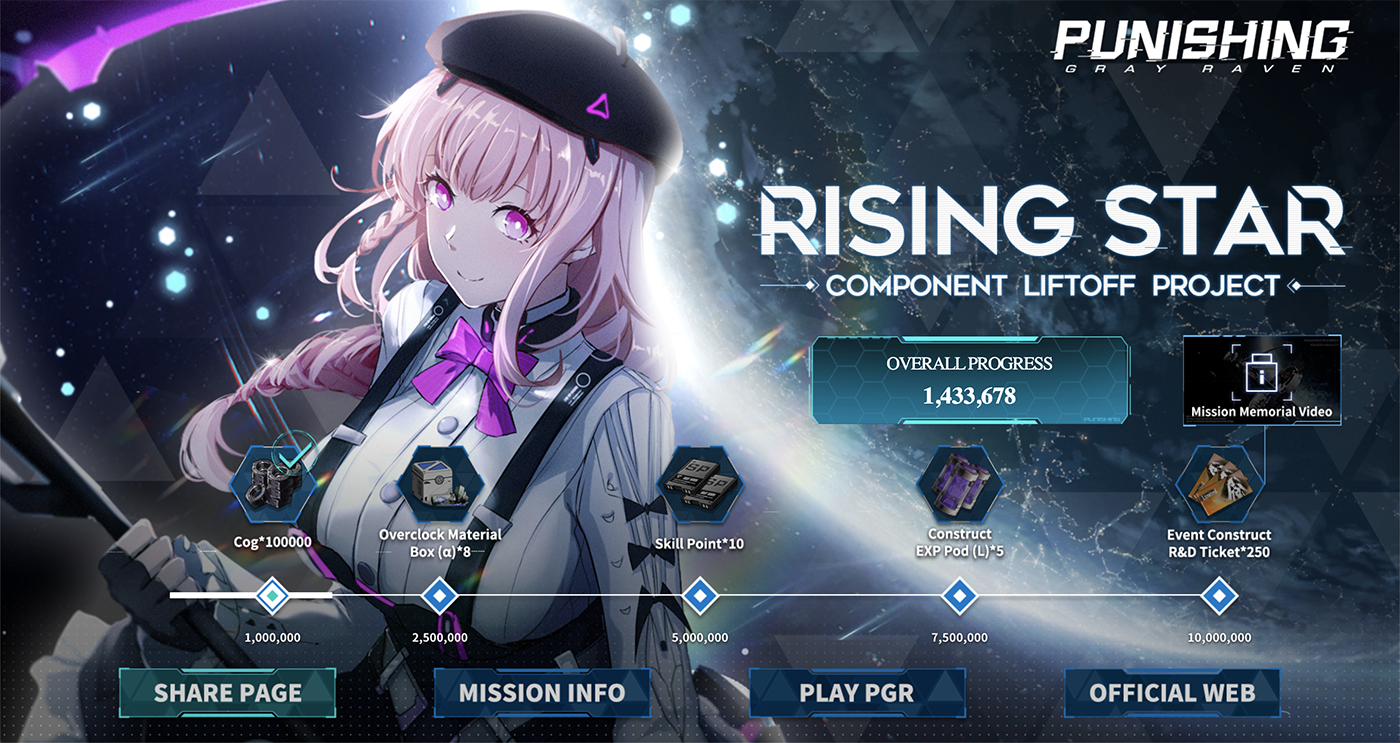 To obtain the rewards, players need to visit the event web page before selecting the unlocked reward. Players will then receive a code which they can paste onto the Redeem Code section of the game. It is important to note that these codes do have an expiry date. This means that players only have a certain amount of time to claim their rewards.