Ragnarok X: Next Generation (ROX) was initially developed and launched as a mobile game, however, players are now able to play the game on PCs with the help of an Android emulator.

Ragnarok X: Next Generation, also known as ROX, is a classic role-playing game which forms part of the Ragnarok franchise. The game has maintained the spirit of the well-loved classic Ragnarok Online. However, it introduces a lot of fresh features and innovative gameplay mechanics that a player would not find in the classic version.

The game invites players to Midgard’s fantasy world to prevent a disaster that threatens to tear the world apart. Players can get lost in this bright and luxuriant world with the mesmerizing art style, which captures the real charm of the game.

Players are able to create their own digital avatars to live in the world. The characters can be constantly upgraded with better equipment systems, which will lead the player to proceed further in the game. The player is also able to customize their character with equipping costumes, accessories and powerful gear.

Ragnarok X: Next Generation is developed by Gravity and published by Nuverse in South East Asia (SEA). The game was essentially launched for mobile devices operating on both systems like iOS and Android.

Ragnarok X: Next Generation on PC

There are several times where mobile players find it difficult to be online for a long period of time, especially when playing a grinding game like Ragnarok X. Luckily, players are able to use an emulator to play the game on a laptop, or personal computer (PC).

Why play ROX on PC?

Players will experience a better resolution game when playing on a bigger screen. Secondly, players are able to get the most out of their PC’s hardware. An Android emulator is known to be faster than many high-end phones. This means that the player will be able to play any mobile game on a PC with smooth gameplay.

One of the main reasons why Android emulators were developed was to make things more hassle-free for mobile gamers. Emulators have certainly raised the bar for online mobile gaming.

How to play ROX on PC?

There are many ways to play Ragnarok X: Next Generation on a PC, but the most recommended emulator is the LDPlayer. This lightweight Android emulator will allow the player to play nearly any Android game with ease. One of the key features is that it is perfectly compatible with low-end PCs. It is also available for free on the official LDPlayer website.

When using the emulator, the player can customize game controls and graphic settings. This emulator has a build-in hotkey that enables players to easily navigate the game. Not only does the emulator feature a minimize function, it also has a macro function. The macro function will aid the player in tasks such as hunting and gathering.

Firstly, the player should head over to the official LDPlayer website.  On the website, players will be able to download the emulator for free. There are three versions: Android 7.1, Android 5.1 and Android 64-bit version.

After clicking on, “Download LDPlayer”, the program will be downloaded.

How to install LDPlayer

Players should then click on the downloaded file, in order to install the program.

After opening the file, an “install” window will appear.

The install process may take some time. When the installation is complete, players can press the “start” button to run the program.

After clicking the start button, the program should run automatically. Players will then be greeted by the LDPlayer home screen, where they will be able to search games, visit the system apps and view the LDPlayer store. 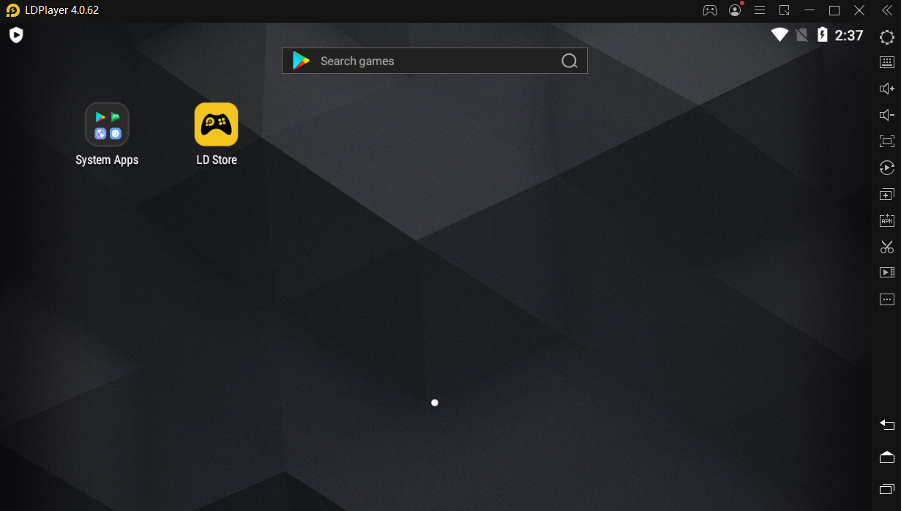 How to add Ragnarok X: Next Generation to LDPlayer

In the search bar, the players should type in “Ragnarok X: Next Generation”, and the game should appear in the search results. 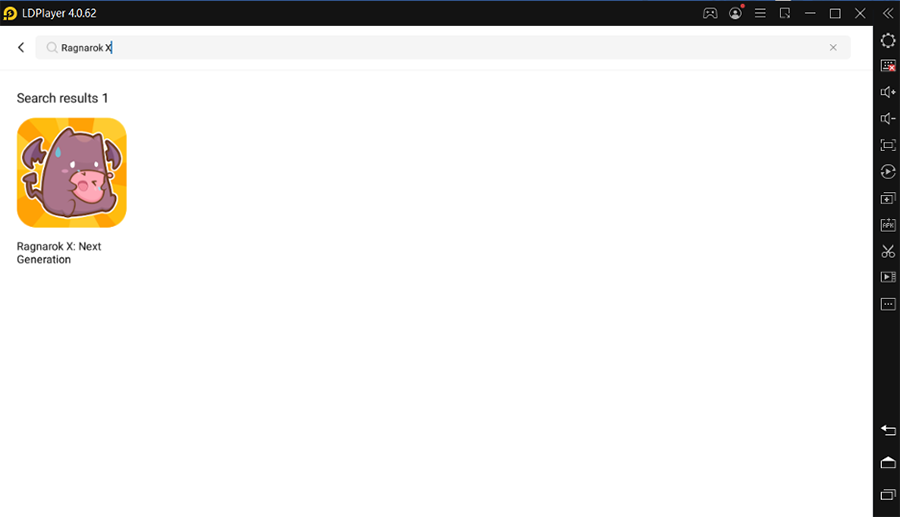 After clicking on the game’s icon, another window will open. The player will then be able to install the game onto their laptop or PC. 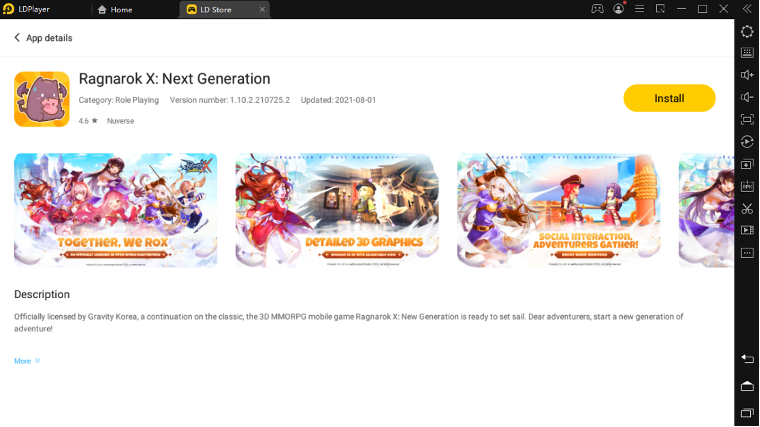 After installation, players are able to join the world of Ragnarok X: Next Generation.

Even though Ragnarok X: Next Generation was essentially developed and launched on mobile, players are now able to enjoy the game on their laptop or personal computers (PC). Players should install an Android emulator on their device in order to play the game. LDPlayer is the best Android emulator that players can download. It is very safe, private, reliable and user friendly. In addition, players can play almost any game on it, even the classic games from the Ragnarok series.