There are several end-game modes in Punishing: Gray Raven (PGR), one of which is Phantom Pain Cage, where players fight different bosses in order to gain rewards.

Punishing: Gray Raven (PGR) is a mobile action role-playing game which takes place in a post-apocalyptic world, which is overrun by corrupted cybernetic enemies caused by the Punishing Virus. The player leads a squad of up to three characters, known as Constructs, against the corrupted and other opposing forces to retake the planet.

Constructs can be strengthened by leveling up and promoting them, as well as leveling their weapons and equipping them with gear. Players are able to unlock additional Constructs by advancing in the main story, and more Constructs can be obtained through a gacha machine and in-game events. The in-game currency can be obtained through in-app purchases and playing the game, which are used to obtain Constructs and equipment. A “pity system” ensures that the player will receive rare items after a certain number of pulls.

Punishing: Gray Raven also features a housing system in the form of dormitories. Players are able to decorate and move constructs into their dorms in order to improve their mood. Constructs can be assigned chores to obtain in-game materials. 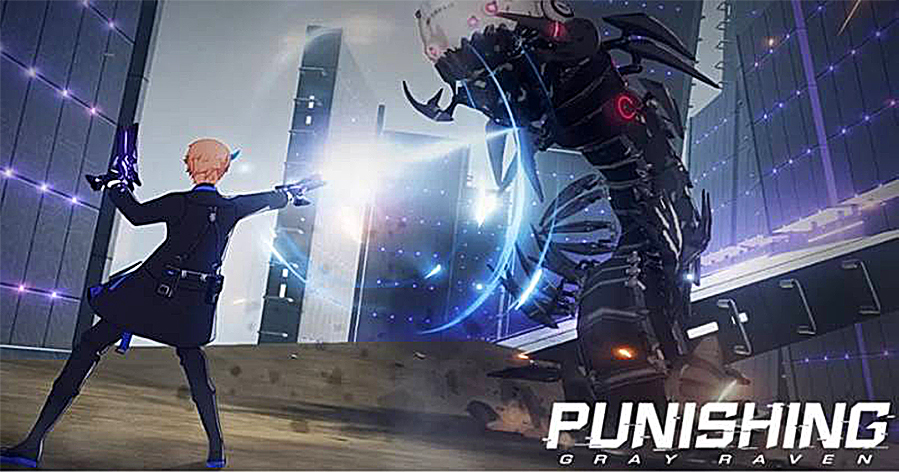 The game offers players various end-game modes to progress and loot from, one of the modes being the Phantom Pain Cage. The bosses in the Pain Cage all have different tiers, patterns, mechanics and loot.

What is Phantom Pain Cage?

Phantom Pain Cage, also referred to as PPC, is a game mode where players choose to fight three bosses in each weekly cycle. After each fight, the player receives a score. The score is based on the time and total health average of the player’s squad, meaning that the faster the player eliminate the enemies, the higher their score will be.

The game mode features different tiers. Players need to complete a tier successfully before they can move on to the next tier. However, as the player moves on to the next tier, the bosses became more difficult. The tiers are: Test, Elite, Knight, Chaos and Hell, with the Test tier being the easiest, and the Hell tier being the most difficult. The main difference between the tiers is not only the power of the bosses, but also the mechanics and patterns players should be able to predict.

If there are two bosses available to fight, and each boss has five modes, it means that if a player finishes one tier with the same team, they can not use the same team for the second boss. Ultimately, the player needs to build more teams to fight more bosses.

There are multiple strategies a player can adopt to make their way through the bosses with two teams. For example, the player can use the weaker team in the easier tiers and use the more powerful Constructs in the difficult tiers.

The player receives a score at the end of the stage. The score depends on how much damage the player did, how much hit points (HP) they player had, and how much time was left. After every battle, the player will have the choice to save the score or delete it. If the player chooses to save the score, it will consume one action point from each of the characters used. Players can fight the boss unlimited times in order to obtain the best score. After the player saves the score, they can proceed to the next tier. 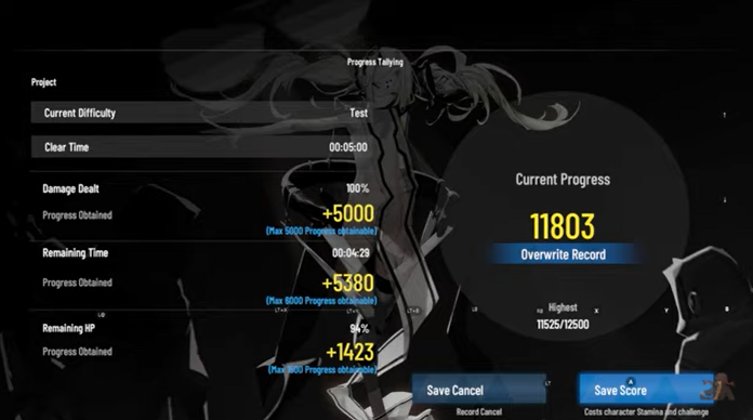 When a player completes a tier, they will receive shards as a reward, which they can use in the in-game shop. If the player scores high enough, their name will feature on the Pain Cage score leaderboard, which can result in extra rewards by the end of the weekly cycle. 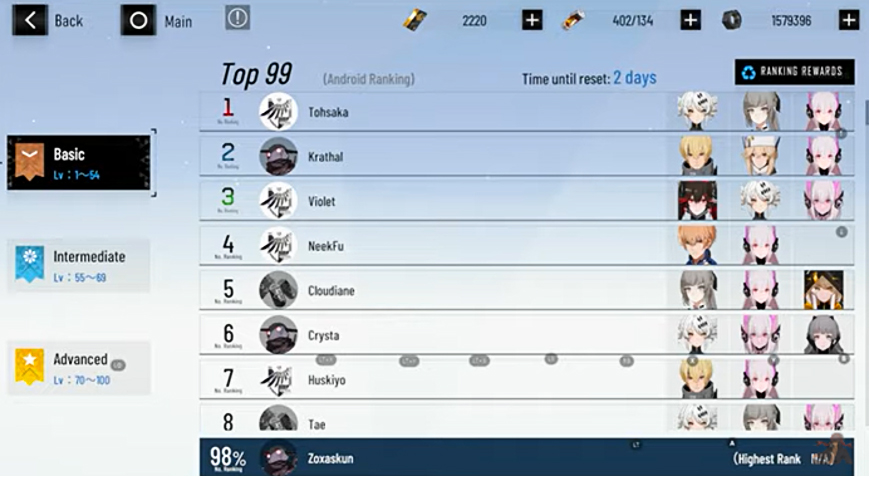 Players can choose from 15 different bosses to fight in the different tiers. However, players should be aware that the bosses each have their own mechanics, patterns, skills and abilities which can make them easier or more difficult. The bosses include Leon, Vassago, Roseblade, Tifa, Rosetta, Shakespeare, Musashi and Roland, among others.

At the beginning of the fight, the boss comes out and screams at the player. He charges up before lunging at his opponents. The boss will repeat this a few times, but players can easily dodge his attacks. Vassago can also perform a ranged attack called Furious Air Blasts Skill, and anyone caught in these blasts will face a lot of damage. The boss will also slam the ground multiple times if he sees his opponents nearby, this attack does not give the opponents a lot of space to move around.

When a certain number of lives are depleted, Vassago summons minions and retreats into the ground. The boss will only return after the player defeated the minions. However, the next time Vassago summons his minions, he does not retreat. This is when the boss is the most dangerous, as the player needs to kill the minions while dodging the boss.

Musashi fought alongside humans against the Punishing Virus until the end. However, now he walks upon the abandoned ruins of civilization as corrupted. This boss can scorch the battleground and change its shape, which will quickly damage enemies. He has 29 health bars, which makes him quite difficult to kill. Musashi’s first attack is a slash, which sends out an energy wave, while he can lunge forward to attack his opponent. As soon as he is near the player, he starts swinging his giant sword. He is a slow mover, which gives the player some time to attack if their character is a ranged damage dealer.

Musashi requires a long windup whenever he attacks, which gives the player enough time to dodge the attack. The most dangerous part of this boss is when he phases out and flashes across the battlefield. After every few seconds, his visage strikes the player, leaving no time to avoid the attack, which puts a bleed effect on the player. After three visage attacks, Musashi returns and attacks with his giant sword.

Players should remember that whenever Musashi is doing his strong attacks, it is the perfect time to dodge and start the supercomputing space. 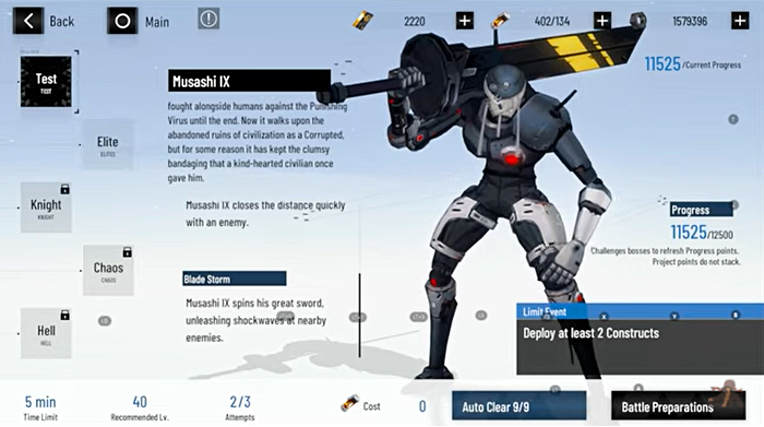 Roseblade was once a butler robot used by the upper class, which faithfully followed its masters’ orders. Now, after being corrupted, he sends out multiple shadows to impale enemies while dealing heavy damage to them. Some unwary folks, who still think he is a butler, let their guard down and that is their downfall. Roseblade sends them a Devil Kiss perfected in his times of solitude and creates rose-shaped exploding energy fields beneath the enemy.

This boss normally begins with his Devil Kiss skill to create an aura around him, so that the player faces damage when they are in that field of effect. As it is a slow activation skill, players are able to dodge this attack at the very start of the stage. When Roseblade is out of space, he swings his sword while remaining in his stance. He then uses his Shadow Strike ability and bows down, while multiple shadows burst out in a circle, impaling the player along the way.

Without giving the player notice, Roseblade jabs out with his rapier and swiftly moves towards his opponent on the battlefield. If the player is not careful, he might pass through them. After the jab, he activates Devil Kiss once more and walks slowly towards the player. Roseblade uses his skills frequently whenever he has the opportunity.

Rosetta is an alien structure that belongs to the forest rangers in the south of the bay. She can transform the battlefield and knowns when her enemies attack, while her skills can randomly change the frequency of her attacks. This boss is described as an angel in the sky who was fallen from grace. Rosetta is an agile boss, as she will dodge the player’s strikes as best as she can.

The first time she attacks, she dives into the exact location where the player is and swings her sword to deal damage. The player can be ready to dodge as soon as she pauses for a moment to strike. Rosetta swings her sword so fast that is creates a wave of pure energy, which she sends towards the player.

After repeating this process, Rosetta sends three slashes of energy towards the player. After that, she lunges forward and attacks with her sword, followed by a slash. The boss will also release some seeker rockets, which the player should avoid while being attacked by Rosetta.

Punishing: Gray Raven end-game features many modes for players to progress and loot from. The bosses in the Pain Cage all have different patterns and mechanics, which players have to predict and dodge. Players should remember that their Constructs are only able to engage in a boss fight a certain number of times, meaning that players should plan their Constructs accordingly.