Nier: Automata is a popular action role-playing game. It is a sequel to the video game, Nier, which is a spin-off and sequel of the Drakengard series.

In the game, players take the role of combat androids from the YoRHa units across an open world. Players can explore the world on foot or summon a wild animal to ride. In some scenarios, players can pilot a flying mech to destroy enemies.

In addition to the main story, players are able to complete side quests for non-playable characters (NPC), which are found throughout the world.

2B serves as the protagonist of Route A in NieR: Automata. She is a YoRHa android created to fight the machine lifeforms that have invaded the planet on behalf of the surviving humans. 2B served during the fourteenth machine war.

She is equipped with a large number of weapons for close combat. However, 2B can attack from a range using the Pod Support system. She is seen as the most balanced of the three playable characters, with a slight bias towards offensive functions.

2B has multiple abilities, including a primary attack, heavy attack, aerial attack and a pod shot. Additionally, she can use the Pod Program, has jump moves and can Evade. 2B also has the ability to self-destruct, counter, taunt and perform a ‘finisher’ attack. 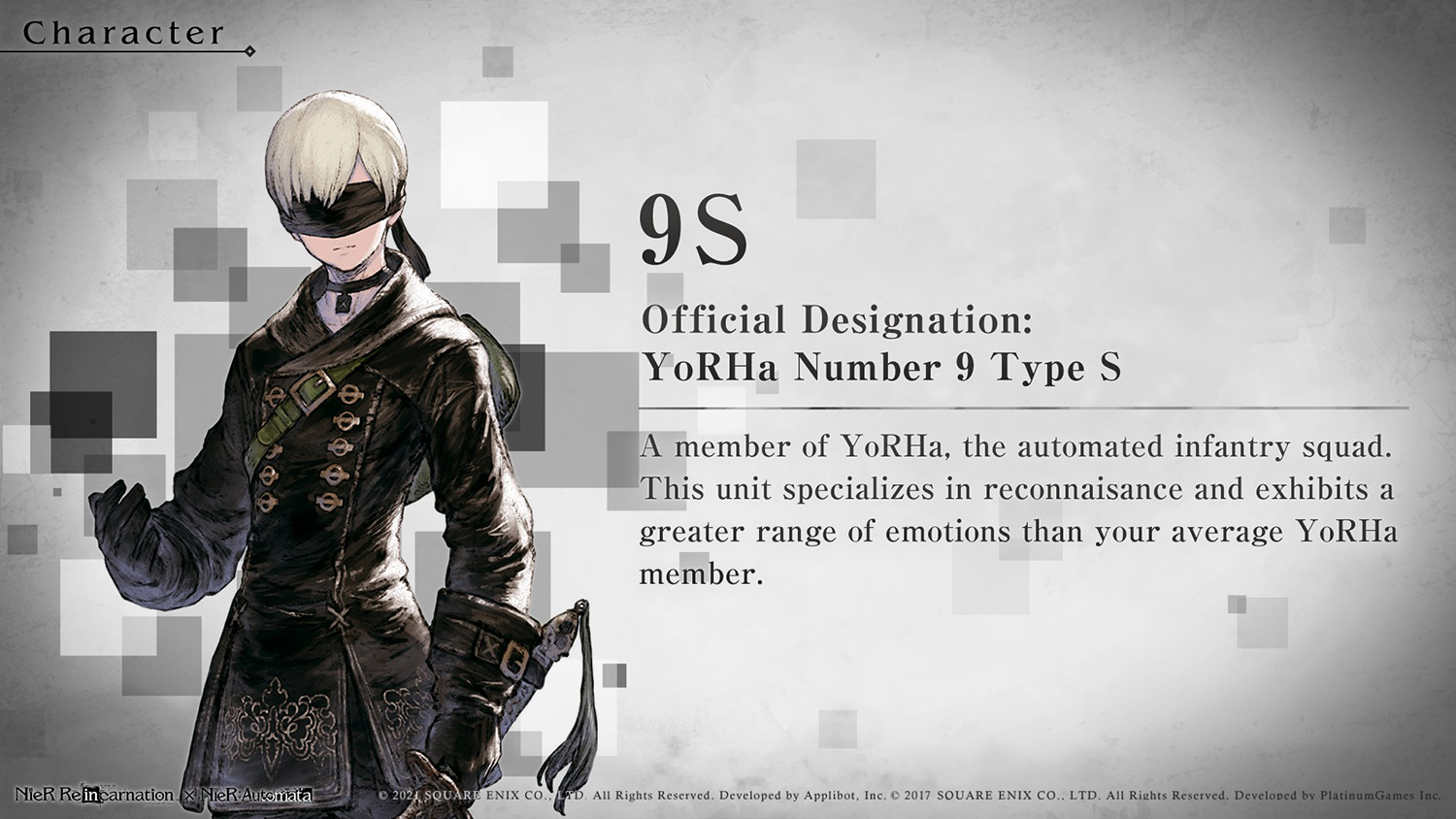 9S is the male protagonist of branches B and D. He is also one of the main antagonists, and the final boss in branch C. Even though 9S has an attack function, he specializes in investigating. When the player begins 9S’ story, he will be wielding the Cruel Oath short sword.

Since 9S is a scanner model, he is naturally curious about the world around him. He is programmed to have an emotional, but kind personality. 9S is able to hack enemies in order to detonate them in combat. He can take control of any enemy, which gives the player access to some of their movies. It is important to note that players would not be able to use their POD while in control of an enemy. However, the POD weapon and special weapon buttons can trigger attacks from the enemy being controlled.

Players should also remember that they cannot fully fly if they manage to take control of the small or medium flyers. Hacking also grants 9S the ability to open certain doors and special chests. A2 serves as the protagonist of branch C, as well as the final boss in branch D. She is a prototype of the YoRHa android line. The data from A2 and her comrades was used to create the superior units, including 2B and 9S.

She is very similar to 2B, however, she has multiple key differences. A2 also has the ability to primary attack, heavy attack and aerial attack. She can also use the pod shot, pod program and jump moves. A2 has the Dash Boost ability, which is exclusive to her.

It is important to note that A2 cannot self-destruct, however, she has the ability to enter a Berserk Mode. This mode will increase damage both dealt and received. It will also rapidly deplete her health until it hits one health point, whereupon the mode will end.

Additionally, A2 has a very aggressive move set that has the highest damage out of all the playable characters in the game. When players use Berserk with higher level Offensive Heal, Damage Absorb Chips or Deadly Heal, the health drain will be offset by the massive amounts of health gained while dealing damage.