In MSF, you can create various teams, such as the Undying team that consists of Hela and other Zombie characters.

You are able to enjoy adventurous role-playing elements in this exciting video game, Marvel Strike Force (MSF). Since MSF is part of the classic Marvel series, you are likely to encounter similar characters, missions and locations as seen in the franchise.

When you first start playing MSF, you will only have a few characters collected. However, as you complete missions, you will earn Character Shards, which can be used to unlock additional characters.

How to build a team

A team in MSF generally consists of five characters, however it is not an easy task to determine these five characters as there are over 20 characters available. If you make random choices, the chances of succeeding in battle are quite low.

Your team needs a tank, as they will be the one who takes the most incoming damage. The characters that take on the role of a tank can have low attack power, but it is essential that they have high health points.

Additionally, you have to allocate a healer to your team to keep your other team members alive. Next, you have to choose damage dealing characters, such as a blaster, brawler and a crowd controller.

When thinking about creating a team, you can choose characters to make a specific type of team. For example, you create an X-Men team, a Mutant team as well as an S.H.I.E.L.D team among others. 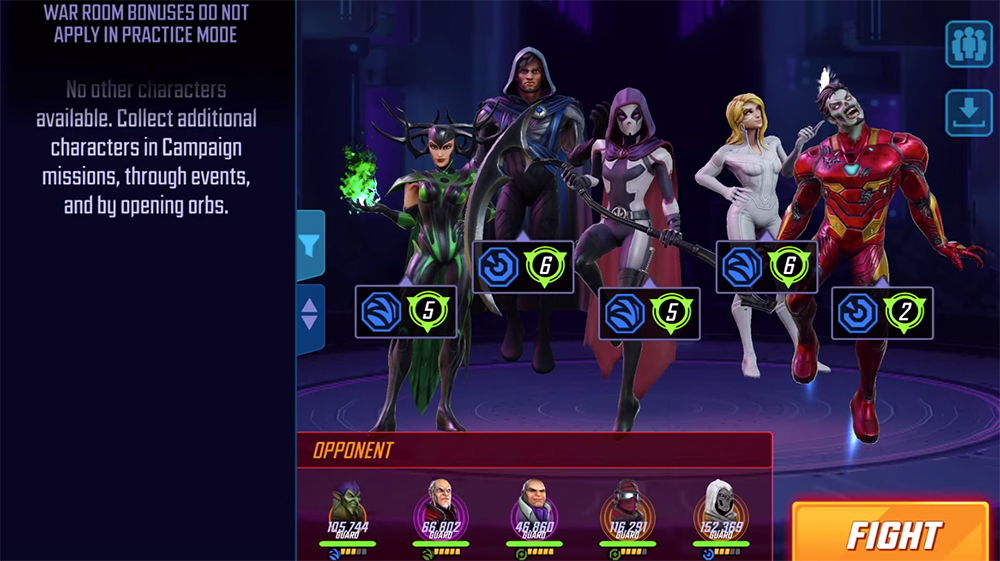 That being said, you first have to collect the specific characters before you can create a specific team. Fortunately, there are numerous methods you can use to obtain additional characters in MSF.

One of the teams you can create in MSF is the Undying team, and it consists of Hela and zombified characters. Hela is known as the Goddess of Death, as she spreads negative effects to foes while aided by her allies.

It is worth noting that Hela is unlocked at 2 stars, which costs 80 shards. Players can acquire his shards in chapter 6 and 7 of the Villains United Campaign.

On the other hand, Zombified characters are normal characters that have transformed into a zombie. During the Trick or Treat in-game event, players were able to obtain Zombie Iron Man.

If you unlock him, you can use him in your undying team. Bear in mind that acquiring Zombie Iron Man is not an easy task.

Firstly, you have to earn Undead Genius Orb Fragments from the Trick or Treat Nodes. Orbs contain the Zombie Iron Man shards, so you should collect as many shards as possible to collect and level up the character.

After collecting Zombie Iron Man, you are able to complete the 4 Zombie Party missions. However, Zombie Iron Man has to be part of your team in order to access these missions.

In other words, if you did not collect this unique character during the event, you will not be able to collect him in normal gameplay.

However, there is a chance that you can collect him in the Trick or Treat 2023 event, but there is also the possibility that MSF will introduce a new zombified character for players to acquire. That being said, this information is yet to be confirmed. 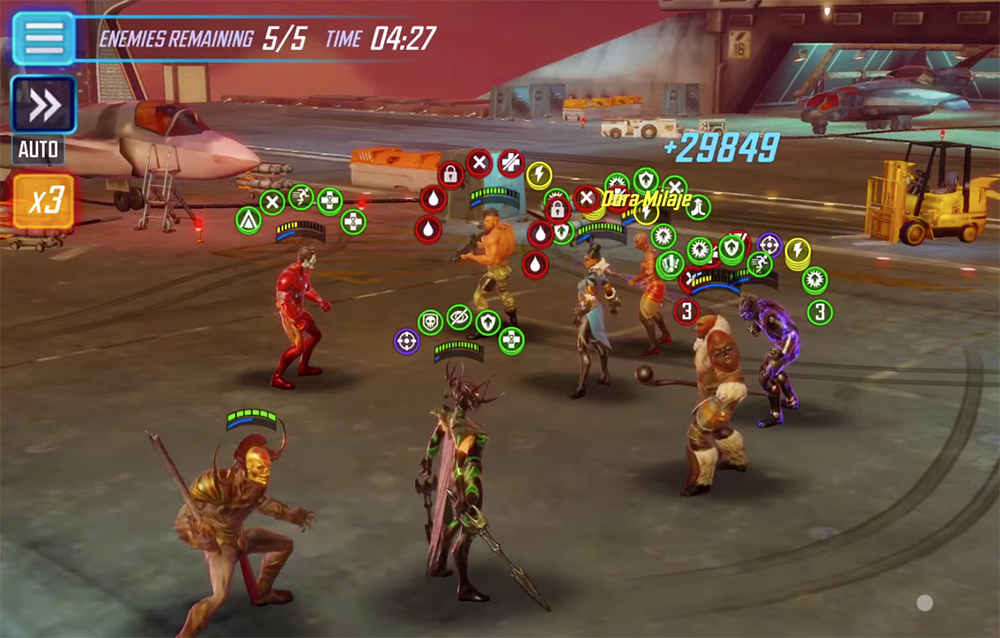 Similar to other characters in MSF, Hela has unique abilities that can be used during a battle. It is important to note that each ability can level up and as a result, become stronger. The table below lists Hela’s abilities and a description of each:

It is worth remembering that players can create a whole array of teams in MSF. The following table lists some team recommendation for specific activities: