Players are able to explore an Underwater Cave in MIR4, however, they need to complete three stages in the Nefariox Horn questline to unlock it.

MIR4 is a popular, role-playing, free-to-play, open world multiplayer online game (MMORPG). It invites players to enter the world of MIR to start their own adventure. In the game, players are able to collect taxes, participate in castle sieges, declare war and set a bounty on specific enemies. Additionally, players can capture the Hidden Valley, join a 50-player raid and hunt enemies with their friends.

Players are also able to join a powerful clan in order to participate in the large-scale player-versus-player mode. However, if players prefer not to join combat, they can enjoy the peaceful life of hunting, crafting and gathering. Whatever players choose to do, their story will be legendary

MIR4 was the first game to introduce a unique looting system. The game has a free-for-all loot system. This means that any player has the right to claim any loot, even if they did not participate in defeating the monster. With regard to special treasure chests, players have 30 seconds to protect the loot they want, while others have 30 seconds to fight for the right to claim the loot.

Before players are able to venture into the world, they will need to create a digital avatar. Players can choose between four distinct classes. It is important to note that each class features unique skills and abilities. The following table indicates the name of the class, and a short description of the class:

In addition to the above-mentioned in-game activities, players are also able to complete various quests. However, many players are not aware that the game offers multiple mystery missions, one of which is the Nefariox Horn questline.

Players should also be aware that completing this questline can be very time consuming. However, they will receive rare rewards once all the stages are completed. 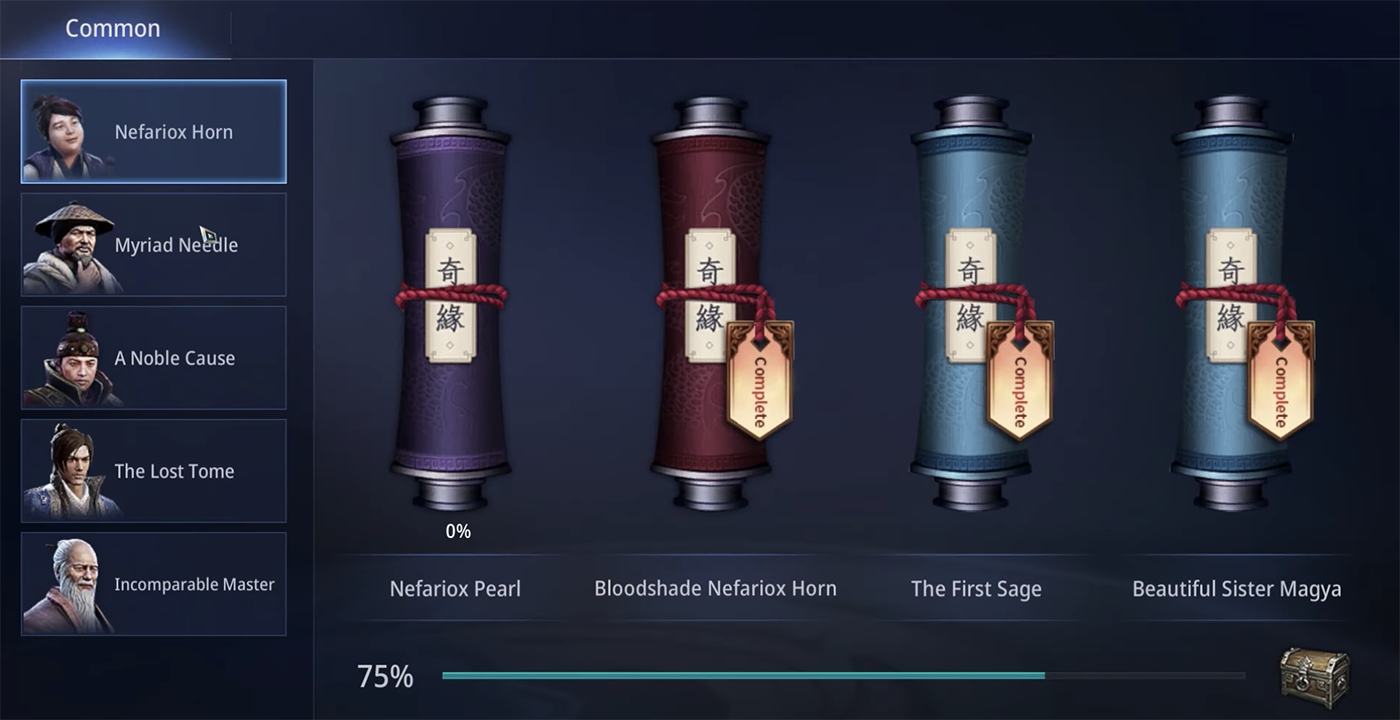 The Nefariox Pearl mission is the last stage of the Nefariox Horn question. In order to start the mission, players need to complete For the Greater Good. The prerequisite can be found in the mission section of the list of requests.

Once players have unlocked the quest, they will receive clue one. The clue states that players need to go to the first floor (1F) of the Nefariox Necropolis. Once they arrive, they can talk to Nefariox Lackey to receive the second clue. 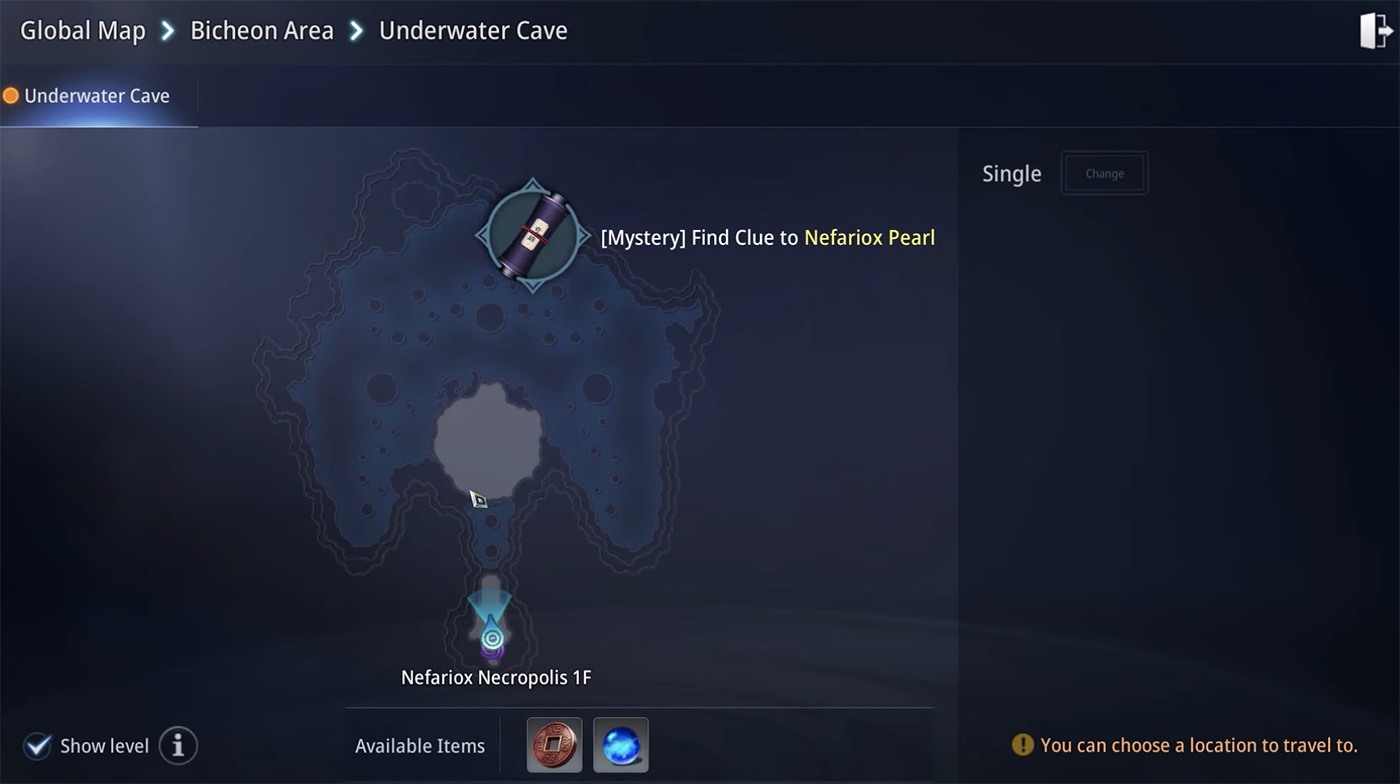 In the official description of the second clue, players will discover that they need to go into the Underwater Cave. However, they have to obtain more information before they are able to go into the cave.

Once the conversation has ended, players will unlock the third clue.

For the third clue, players need to obtain Nerfariox weapons. They will need to kill 10 enemies to obtain 10 weapons. The fourth clue will unlock once they have obtained the weapons.

The fourth clue states that players need to talk to Choo Yakdong, the map bearer to unlock the fifth clue.

The clue states that players need to purchase 10 of Choo Yakdong’s junk boxes. They will find the Underwater Cave Map from one of the boxes. To conclude this clue, players need to use the map. 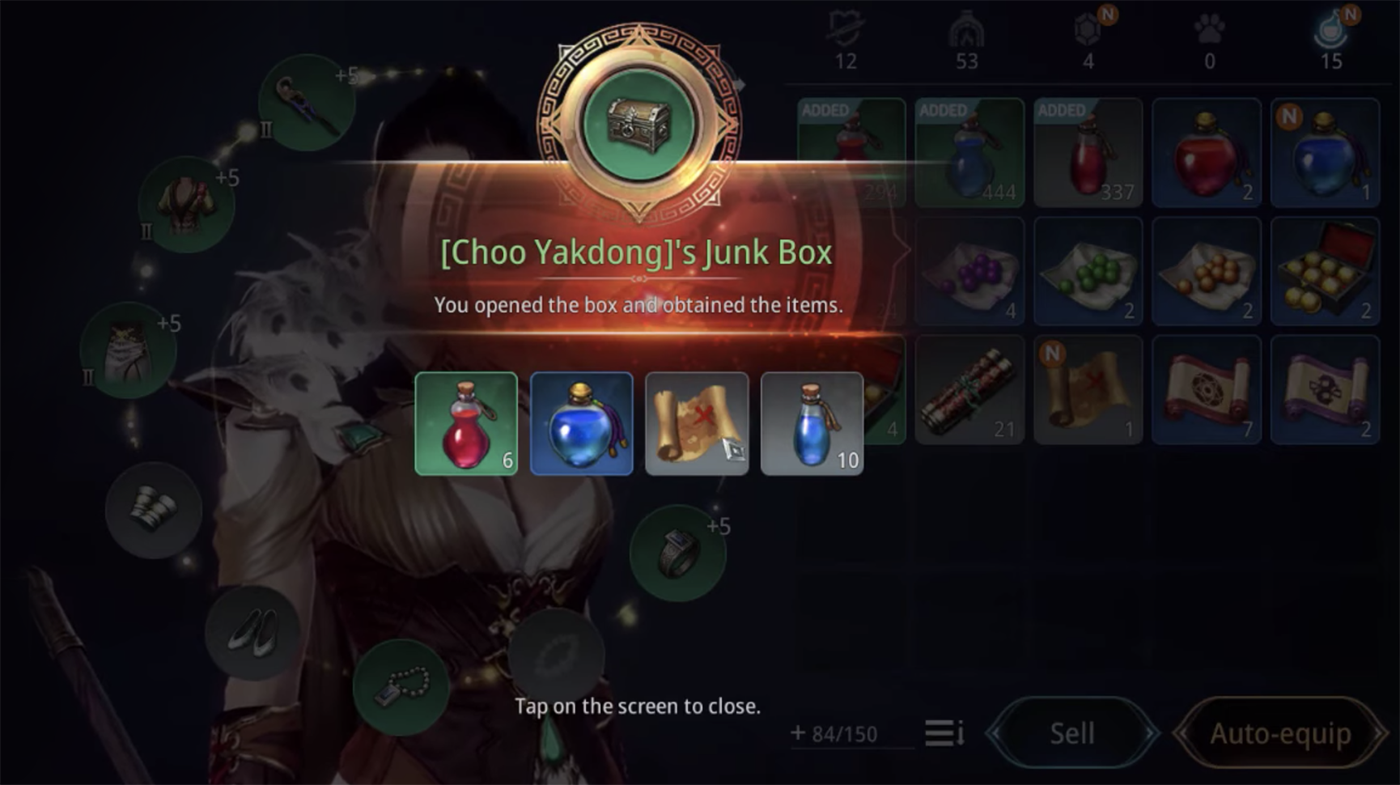 Players are finally able to enter the Underwater Cave. The entrance is located behind Nefariox Lackey in Nefariox Necropolis 1F.

Once they enter the cave, they will need to defeat 100 Abyss Nefarioxen. It is important to note that this mission may take some time to complete. Once players kill all 100 enemies, a cutscene will automatically be triggered.

Once the cutscene has ended, players will need to defeat a boss. After the fight, they will have successfully completed the Nefariox Horn questline.