One of the Mystery Quests that players can complete in MIR4 is The First Sage, however, they will have to follow eight clues to complete it.

MIR4 is a massive multiplayer online role-playing game (MMORPG). However, it differs from the rest of the video games in the genre. MIR4 was the first game to introduce an unusual free-for-all looting system. The game allows players to claim any loot, even if they did not participate in the battle.

However, this principle does not apply to treasure chest loots. When players loot a treasure chest, they have 30 seconds to reserve the loot they want. But others have the same amount of time to fight for the right to claim the loot.

The game consists of various activities for players to participate in. They can go hunting, complete various quests, craft items and gear, gather resources and meditate. Those who want to join battles have to capture the Hidden Valley, join a 50-player raid, declare war and set bounties on their enemies.

However, they can also join a powerful clan to participate in a large-scale player-versus-player mode or hunt enemies with their friends. Whichever activities players choose to participate in, their story will be legendary.

Players will need to create a digital avatar before they can participate in any of the above-mentioned activities. The game currently features four distinct classes for players to choose from. They should remember that each class has unique skills and abilities. The following table indicates the name of each class and a short description of each:

Once players have created a character, they can enter the world of MIR4 and participate in any activity. As mentioned above, they can complete various quests to receive rewards. It is important to note that there are two types of quests available in the game: Requests and Missions. However, both types offer players rewards. The game also features Mystery Quests, which consist of multiple side quests. 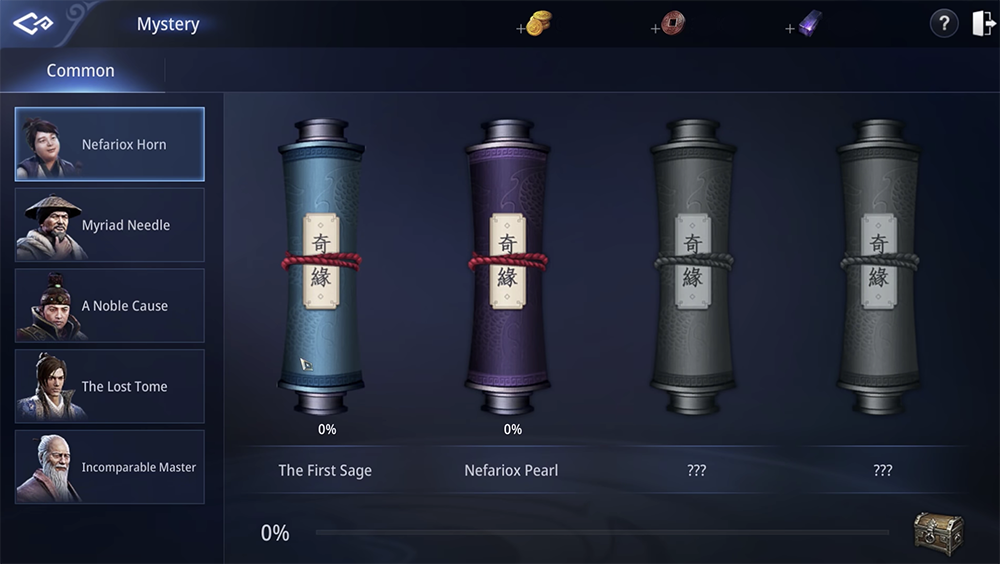 One of the Mystery Quests that players can complete is The First Sage. They should note that is the first mystery stage of the Nefariox Horn Mystery.

Similar to other Mystery Quests, The First Sage has multiple clues that players need to follow to complete it.

The first clue reveals that they need to return to the location where they gathered the Goldsilver Flower. Once in the area, they will need to search it thoroughly. Luckily, it will not take long if they use Air Walk. 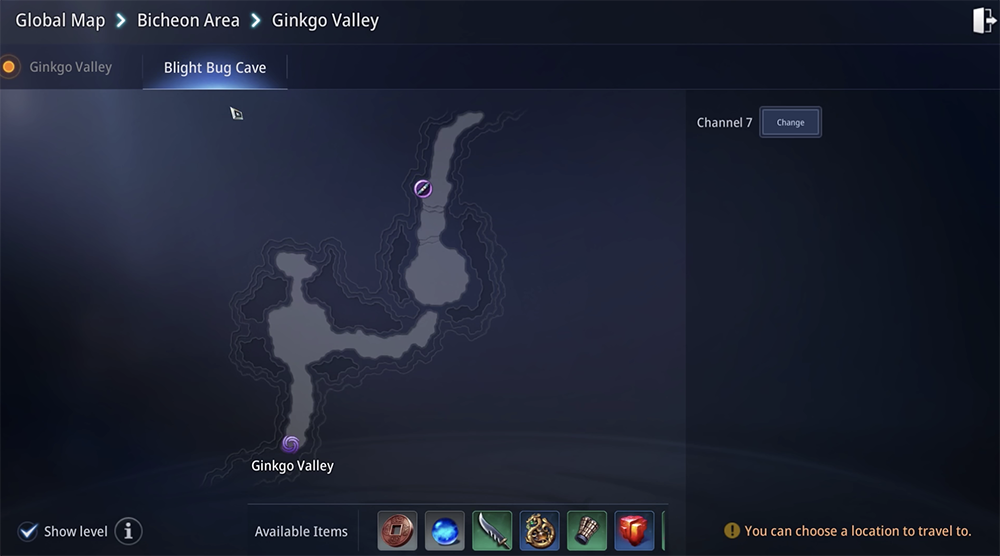 It is clear that players need to return to the Blight Bug Cave, where they will find a Treasure Goblin. After the conversation, the second clue will be unlocked.

It states that players need to ask people in the Ginkgo Valley area about the goblin they found in the cave. It is recommended that they talk to Mister Jang and Eung Chaea. Talking to the latter will trigger another conversation with Yiun. After the conversation, they will unlock the next clue.

By now, players will know that the Treasure Goblin does not lie, however, they can not trust demons. The clue reveals that thry need to obtain some Golden Silkworm’s Gold Thread, but it does not reveal where they can find it. They should thus ask people in the area.

This means that they will have to talk to Mister Jang again. However, they also need to talk to Kim Wooyong and Jong Lichen. After the conversation, players will unlock the fourth clue. 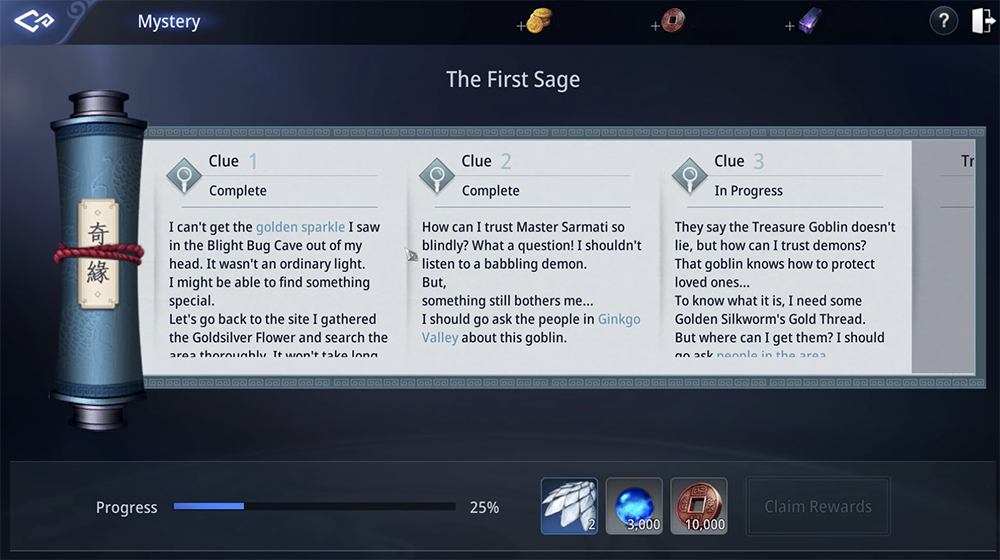 This clue reveals that players should defeat the Viperbiests Crew nearby. The objective is to collect 25 Viperbiests’ Accessories. Once everything is collected, the next clue will unlock.

With the help of the clue, they discover that they need to talk to Jong Lichen. After the conversation, they will unlock the sixth clue.

This clue states that players need to return to Blight Bug Cave, where they will hopefully find the Treasure Goblin. When the conversation concludes, they will unlock the next clue. 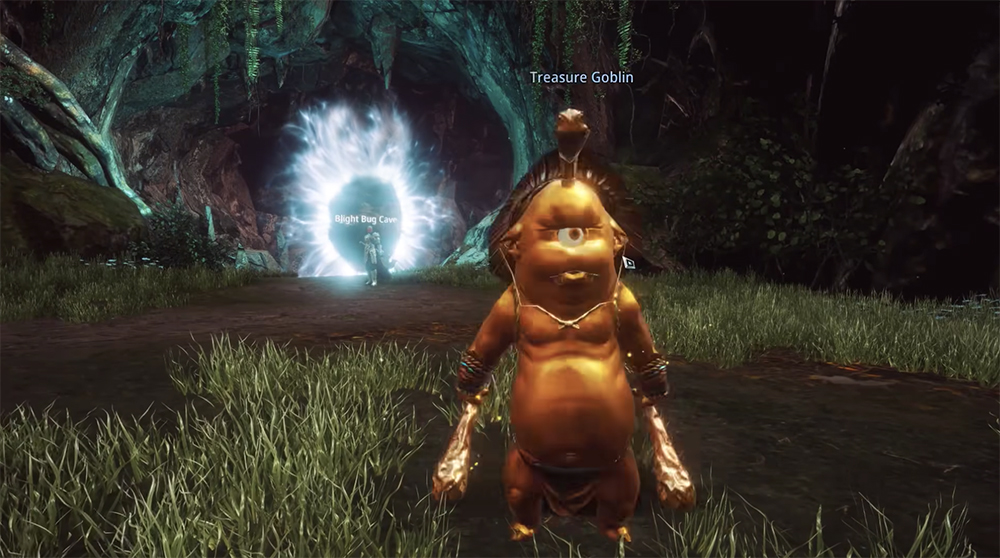 The description of the clue reveals, “There’s more than meets the eye? What is that supposed to mean…? He says good things to other but is so mean to me. If I get my hands on him I’ll… He’s gone toward Ginkgo Valley. I could catch up if I hurry.”

It is recommended that players follow him and not fast travel to the Ginkgo Valley. At one point, they will have to fight him. However, he runs away, which unlocks the last clue.

Players now know that the Treasure Goblin is nothing but a demon. To find him, they need to ask the people in Ginko Valley about his whereabouts. Eventually, they will find him hiding in a tree. After the conversation, the quest will be completed. 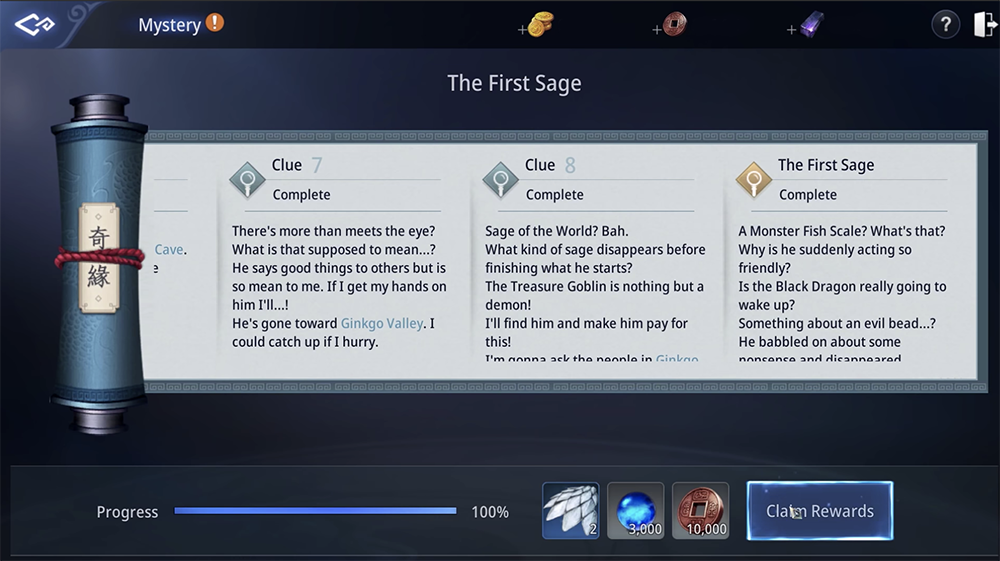