MIR4 invites players to participate in various in-game activities, one of which is the Myriad Needle Mystery Quests, which consists of four sub-quests.

MIR4 is a popular role-playing, free-to-play open-world multiplayer online game (MMORPG). The game invites players to hunt enemies with their friends, join a 50-player raid and capture the Hidden Valley. Additionally, they can declare war, join a powerful clan to participate in a large-scale player-versus-player mode and set bounties on their enemies. 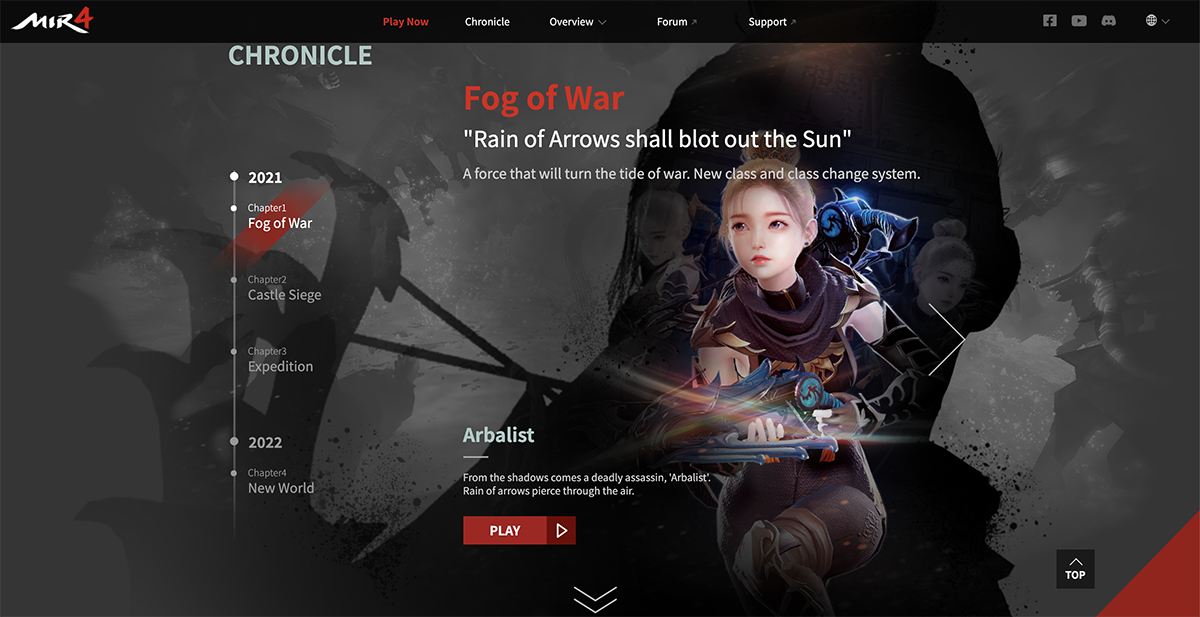 However, if players prefer not to participate in combat, they are able to enjoy the peaceful life of crafting, hunting, meditating, questing and gathering. Whatever players choose to do, their story will be legendary.

MIR4 was the first games to introduce a unique free-for-all looting system. This means that players are able to claim any loot, even if they did not participate in defeating an enemy. It is important to note that this system does not apply to treasure chest loots. When looting a treasure chest, players have 30 seconds to protect the loot they want, while other players have the same amount of time to fight for the right to claim the loot.

Before players can start to play the game, they will need to create a digital avatar. MIR4 currently features four distinct classes that players can choose from. It is important to note that each class has unique skills and abilities. The following table indicates the name of each class and a short description of the class:

It is clear that MIR4 offers players a variety of activities to participate in. However, not a lot of players are aware of the Mystery Quests they are able to complete. MIR4 features five Mystery Quests players can complete:

It is important to note that the above-mentioned Mystery quests all feature multiple missions that players have to complete. For this part of The Myriad Needle Mystery, players will have to follow eight clues. The first clue reveals that players should talk to the non-playable-characters (NPCs) located at the docks. Once they have talked to enough NPCs, they will unlock the second clue.

The clue states that players need to clear their names for Master Sarmati’s honour. Players will need to ask people to gather more information about the former Demonic Cultists. After Players have talked to the NCPs near the docks again, they will unlock the third clue.

The third clue reveals that players should obtain 10 Wilde Cat’s Tailbone to persuade Jang Baeksan. It is advised that they defeat Mugger Cats, which can be found next to the dock to obtain the item. After obtaining the items, players can offer them to Jang. Players will unlock the next clue after the conversation. The fourth clue states that players need to talk with Tycoon Saeyul to discover more information about the Mad Healer. Players can find Tycoon in the Bicheon Castle area. After the conversation, the fifth clue will unlock.

To complete the clue, players need to find a Catholicon Pellet. The item only drops from the Blackfire Executor Hakkan. This means that players have to travel to the second floor of the Nerfariox Nercropolis. The monster can be found in the southern part of the map. Players will receive the item once they defeat the monster. Additionally, players will unlock the next clue.

The clue reveals that players should return to Tycoon Saeyul. The next clue will conclude once the conversation concludes.

To complete this clue, players will have to talk to Big Brother Sangbaek. He is located in Saeyul’s Manor. After the conversation, Hoyul will spawn claiming that he wants to play with the players. However, they will have to fight him to unlock the next clue.

Before players can defeat Hoyul completely, Saeyul will interrupt the fight. After the conversation, players will successfully have completed the Overambitious Father. Players will receive various rewards for completing the mission.