Players can complete the Myriad Needle questline to obtain various rewards, however, completing all six sections of the questline can take some time.

MIR4 is a popular free-to-play, role-playing, open world massive multiplayer online game (MMORPG). The game allows players to venture into the world of MIR to start their own adventure. Players are able to join a powerful clan to participate in large-scale player-versus-player (PVP) with other allies and enemies. However, players can also enjoy the peaceful life of gathering, crafting and hunting.

Additionally, players can set a bounty on an enemy, collect taxes on profits, get assistance from their friends to hunt down enemies and capture the Hidden Valley. Players are also able to participate in castle sieges, join a 50-player raid in order to get rare items, and declare war. Whatever players choose, their story will be legendary.

MIR4 was the first game to introduce a unique free-for-all loot system. This means that anyone has the right to claim loot, even if players did not participate in defeating the monster. With regard to special treasure chests, players have 30 seconds to protect the loot they want. While other players have 30 seconds to fight for the right to claim the loot.

When starting to play the game, players can choose between four classes. The following table indicates the name of the class and a description of the class:

In MIR4, players are able to complete multiple missions and quests in order to obtain special rewards. However, many players are not aware that the game features multiple mystery missions, one of which is the Myriad Needle questline.

It is important to note that the Myriad questline is divided into different sections. Players need to complete one section successfully before they are able to move on to the next. The table indicates which questline forms part of which section:

Players need to complete The Wanted of Bicheon Castle mission before they are able to start this mission. The prerequisite quest is located in the Missions tab of the Request Bicheon Castle list. 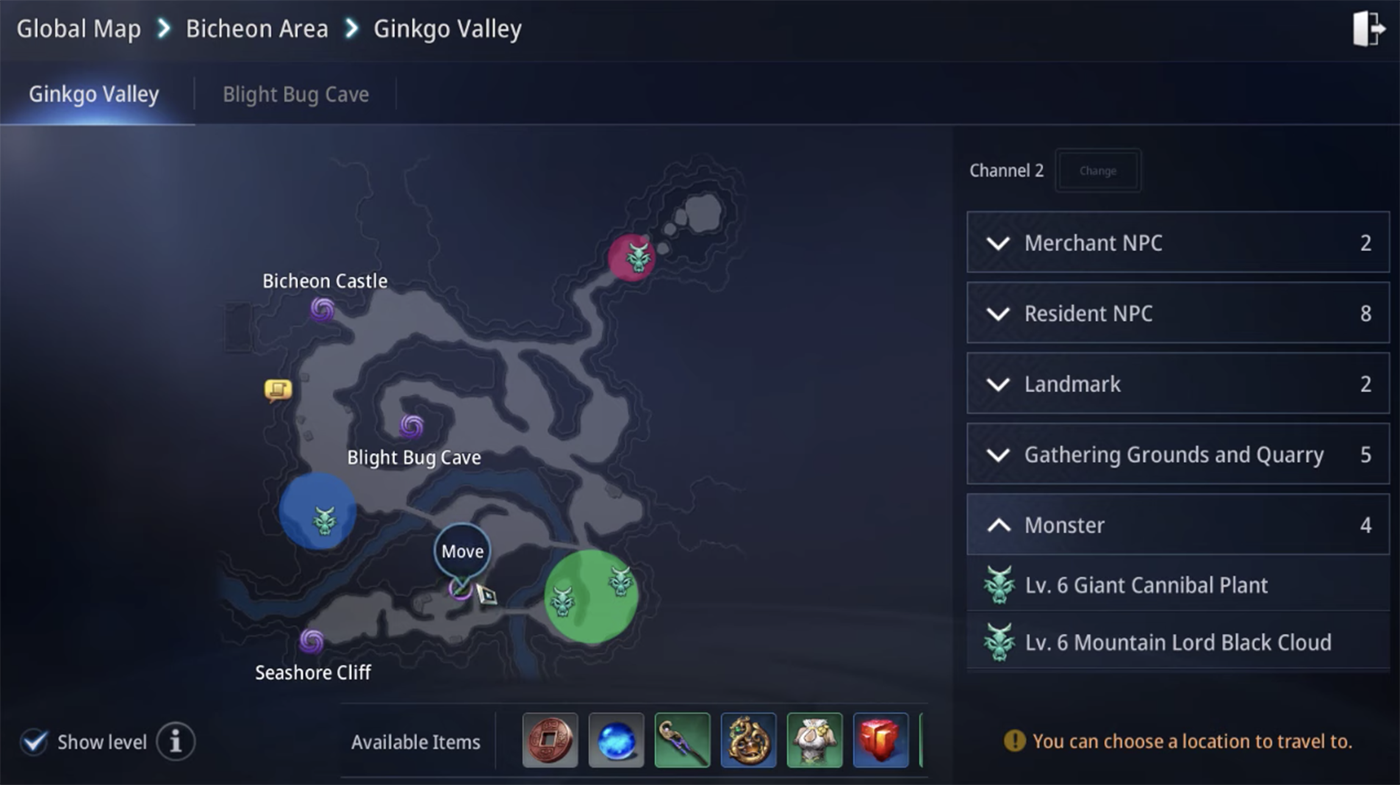 After completing The Wanted of Bicheon Castle, players will be able to start the first mission of the Myriad Needle questline. The first clue of the storyline will already be unlocked. Players should thus follow the clue’s instructions in order to unlock the second clue. It is important to note that this section features six clues players must unlock and complete.

Once the players have completed all the clues, they will be able to move onto the next section.

An Herb More Valuable than Gold

It is advised that players complete the Unexpected Income quest before doing An Herb More Valuable than Gold section. Similar to the previous section, players will have to follow clues and complete specific tasks before the next section can be unlocked. However, players need to complete seven clues before moving on to the next section.

Those Tainted by Demonic Energy 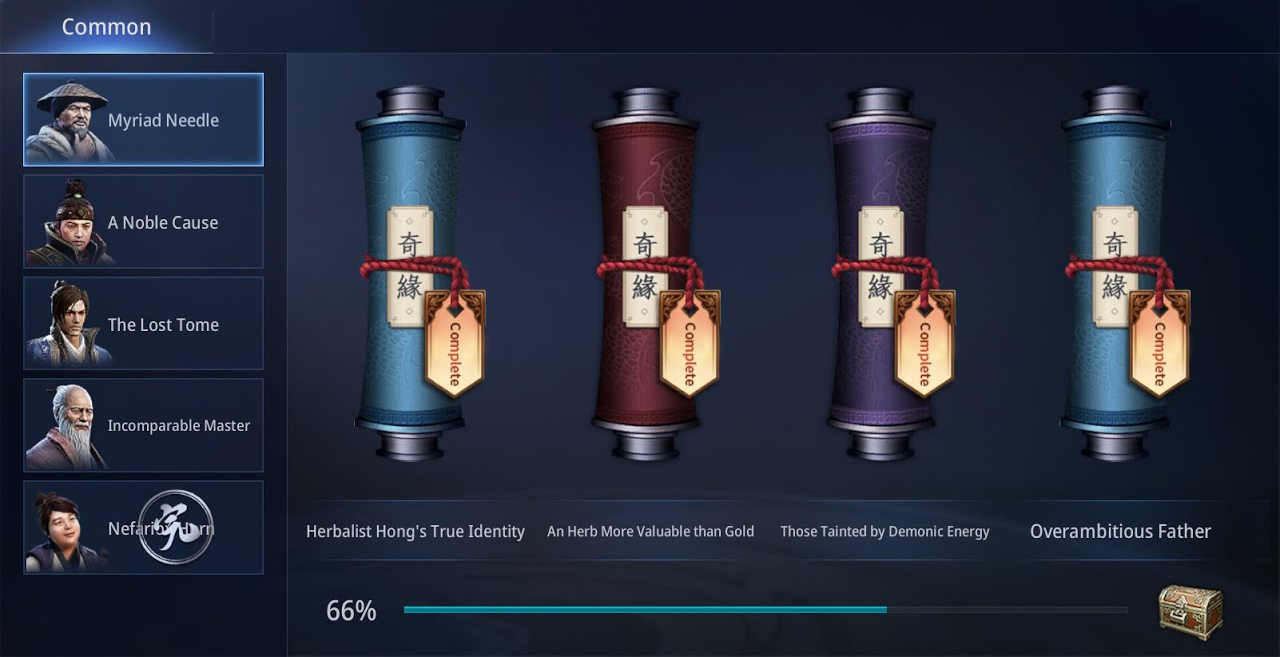 To start the third mystery, players need to complete the Demonic Cult’s Power and Demons quest. It can be found in the Missions section of the Request Crystalline Forest list. After completing the quest, players will need to finish the Rumours about the Demonic Cult Leader. The Secret of Those Tainted by Demonic Energy will only become available when both quests are completed.

Very similar to the previous quests, players need to follow clues and complete various tasks to complete the section. However, players will need to complete eight clues.

Flower of the Demonic Cult

It is recommended that players complete the Suspicious Woman quest to unlock the Flower of the Demonic Cult. The quest can be found in the Mission section of the Request Snake Pit list. This section can take the longest to complete, as it has 11 distinct clues to follow.

Similar to the above-mentioned sections, players will need to follow 10 clues and perform various tasks to complete the mystery. Once it is completed, players will receive multiple rewards. 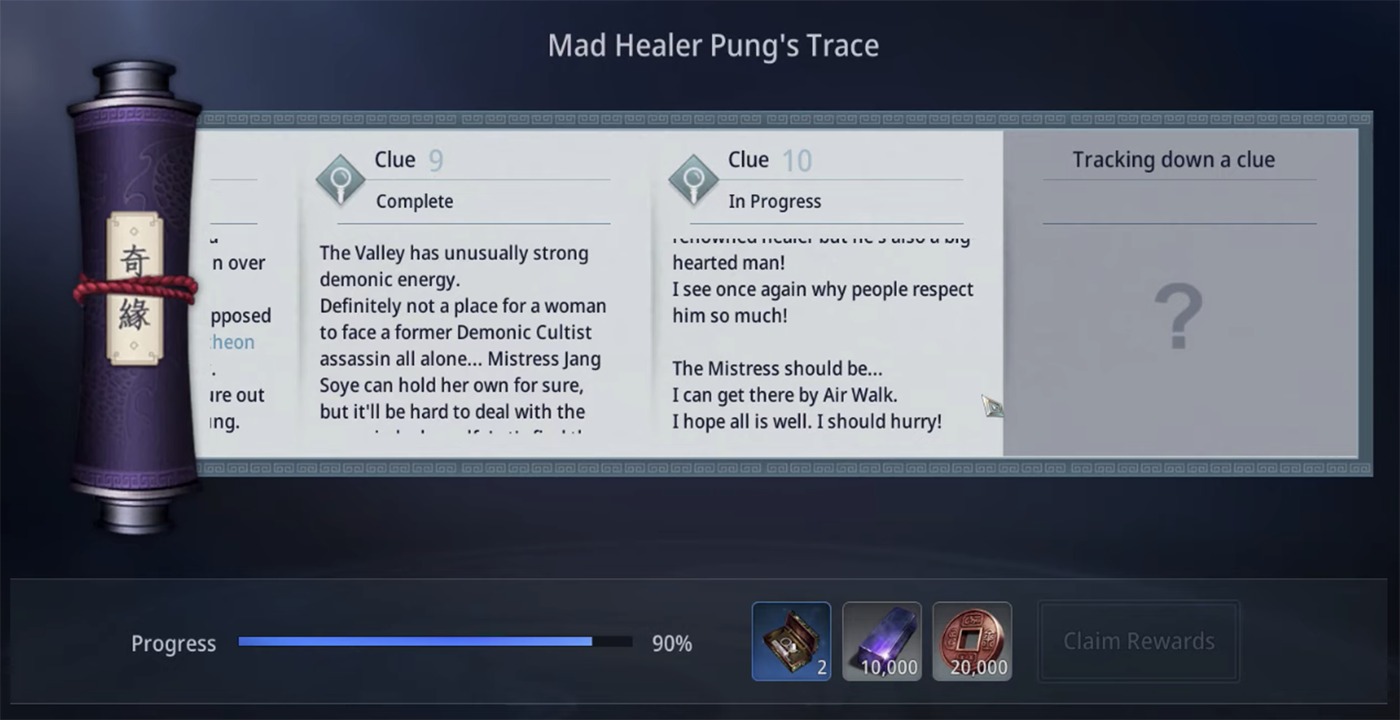