In MIR4, players can complete the I Want to Be Strong request to receive rewards, such as Experience Points, copper and Greater Yin Pills.

MIR4 is a popular massive multiplayer online role-playing game (MMORPG). It is free-to-play, which means that players can enjoy the game without paying a subscription fee, or purchasing the game. Unlike any other games in the genre, MIR4 was the first game to introduce a unique free-for-all looting system.

The game allows players to claim any loot, even if they did not participate in the battle. But this principle does not apply to treasure chest loots. When players loot a treasure chest, they have 30 seconds to reserve the loot they want, but others have the same amount of time to fight to claim the loot.

The game consists of various activities for players to participate in. They can craft items and gear, meditate, complete quests, go hunting and gather resources. However, players who want to participate in combat can also join powerful clan to participate in a large-scale player-versus-player mode, capture the Hidden Valley and declare war.

Additionally, they can set bounties on their enemies, join a 50-player raid or hunt enemies with their friends. Whatever activities players choose to participate in, their story will be legendary.

Players will need to create a digital character before they can participate in any of the above-mentioned activities. The game currently features four distinct classes for players to choose from. However, a new class called Arbalist was recently announced. 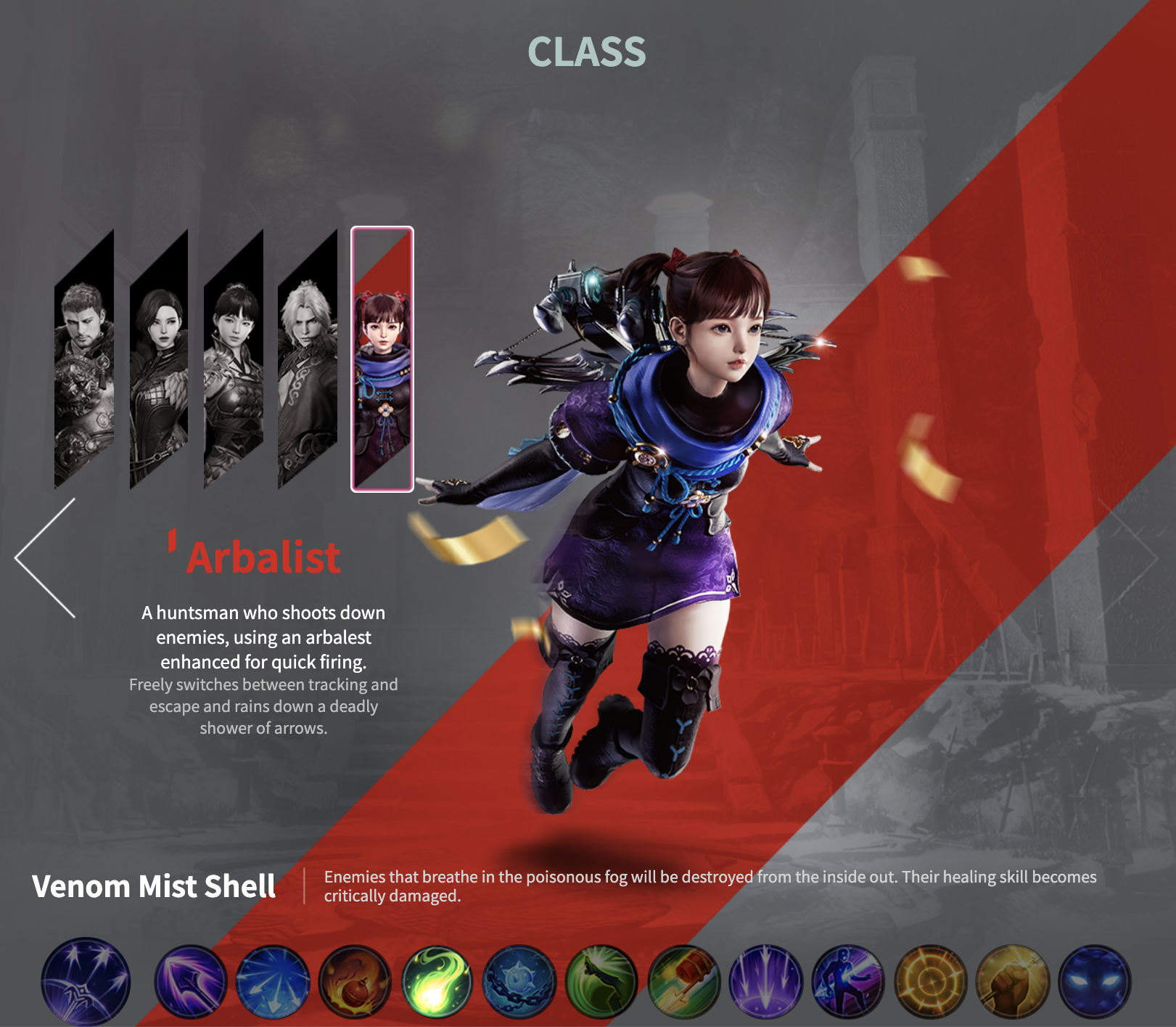 Players should remember that each class has unique skills and abilities. The following table indicates the name of each class and a short description of each:

Once the players have created a character, they can enter the world of MIR4 and participate in any activity. As mentioned above, they can complete various quests to receive rewards. It is important to note that there are two types of quests available in the game: Missions and Requests. 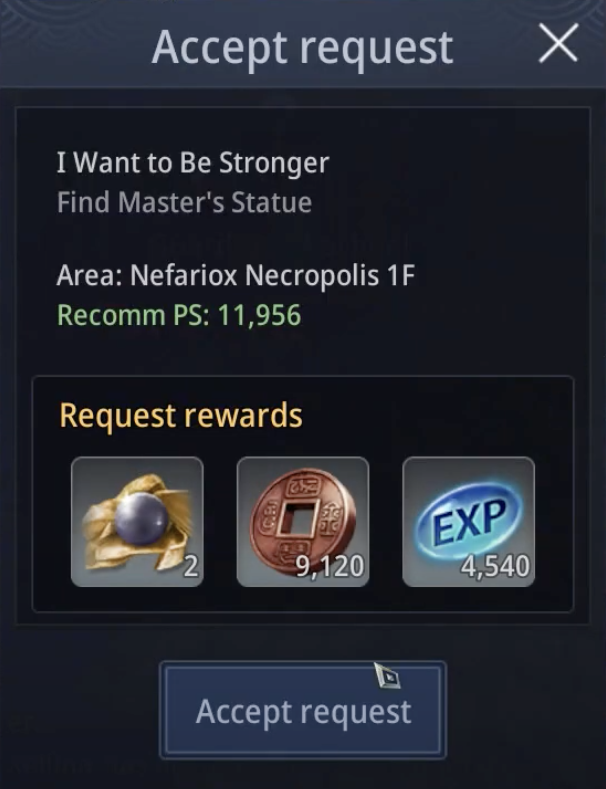 MIR4: I Want to Be Stronger request

One of the requests that players complete is I Want to Be Stronger.

How to obtain I Want to Be Stronger

To obtain this request, players will need to go to the dedicated Missions and Requests menu. On the left side of the map, they can see multiple areas. However, they need to select the Bicheon Castle area. Remember to select the Request tab, which can be found on the upper part of the menu.

In the list, players need to click on the, I Want to Be Stronger option before selecting move. This will lead players to the requester. At Bicheon Castle, they need to speak to Guard Han Socheol. After the conversation, they can accept the request.

In order to complete the quest, players will need to obtain the Master’s Statue. It can be found on the first floor (1F) of the Nefariox Necropolis. It is advised that they move towards the monster, which is located on the bottom-right half of the map. 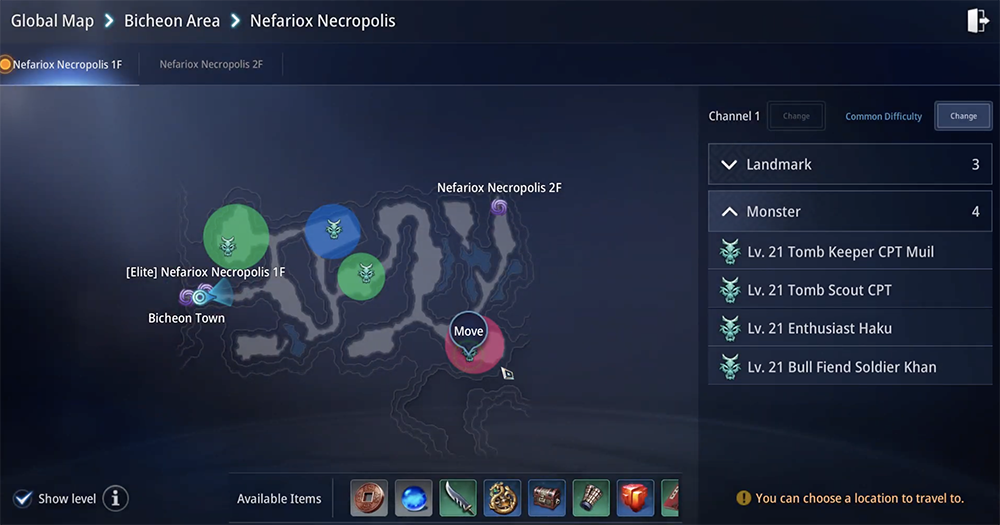 It is important to note that the item can spawn at various locations in that area. Players should thus thoroughly search for it. Luckily, the statute will be illuminated by golden spheres. After interacting with it, players will complete the quest and receive rewards.

Once the quest has been completed, players will receive 4 540 Experience points and 9 120 copper. Additionally, they will obtain two Greater Yin Pills. 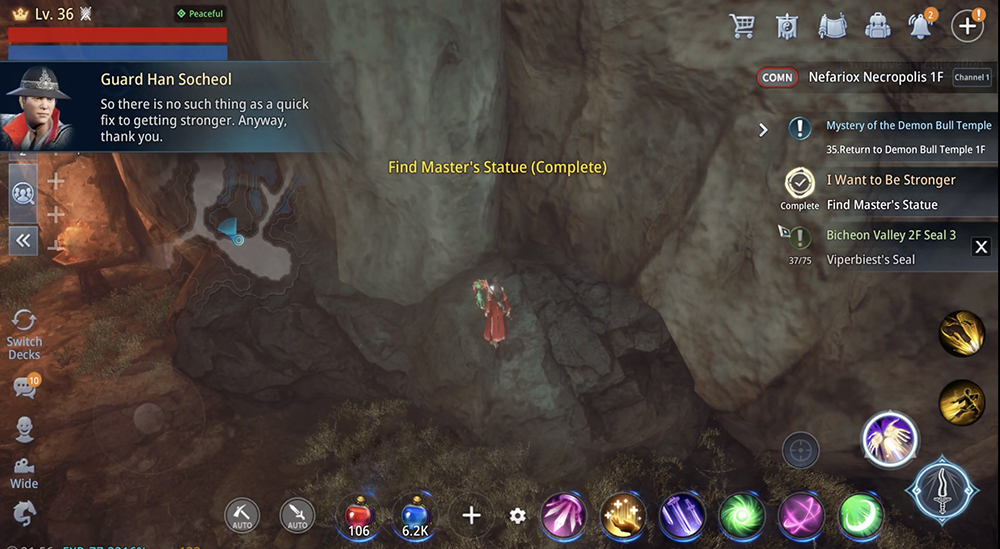 MIR4 allows players to participate in a variety of activities, one of which is questing. One of the quests players can complete is the I Want to Be Stronger request. Players will have to find the Master’s Statue in order to obtain the rewards.