MIR4 is a popular role-playing, free-to-play, open world multiplayer online game (MMORPG). In the game, players are able to join a 50-player raid, collect taxes and participate in castle sieges. Additionally, players are able to declare war, hunt enemies with friends, and join a powerful clan to join the large-scale player-versus-player gaming mode.

However, if players prefer not to join combat situations, they can enjoy the peaceful life of gathering, crafting and hunting. Whatever players choose to do, their story will be legendary.

MIR4 was the first game to introduce a unique looting system. The game features a free-for-all loot system. This means that any player has the right to claim any loot, even if they did not participate in defeating a monster. However, this does not apply to treasure chests. Players have 30 seconds to protect the loot they want from a treasure chest, while others have 30 seconds to fight for the right to claim the loot.

Before players can enter the world of MIR4, they will need to create a digital avatar. The game currently features four distinct classes players can chose from. The following table indicates the name of each class, and a short description of the class:

In addition to the above-mentioned activities, players are able to complete multiple quests to obtain rewards. One of the quests players can complete is the God Slaying Weapon.

In order to start the quest, players need to open their Mission menu before selecting the Request option. Players will find the quest under the Bicheon Castle section. It is important to note that the recommended power score (PS) for this quest is 14,648. Players should also be aware that this mission is ranked A on the difficulty level.

Before players can start the quest, they need to complete the Demanding Request. To obtain the quest, players need to talk to Mount Tai Sect in Bicheon Town. Once players have accepted the quest, they are able to fast travel to the second floor (2F) of the Bicheon Labyrinth. 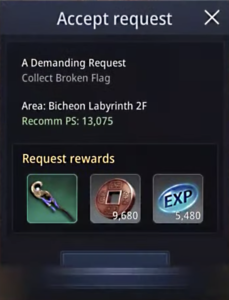 At the Bicheon Labyrinth, players will need to fight mobs in order to collect 240 Broken Flags. Once they have collected all the flags, they will receive multiple rewards, including experience points (XP) and a weapon, among others. Additionally, players will unlock the God Slaying mission. 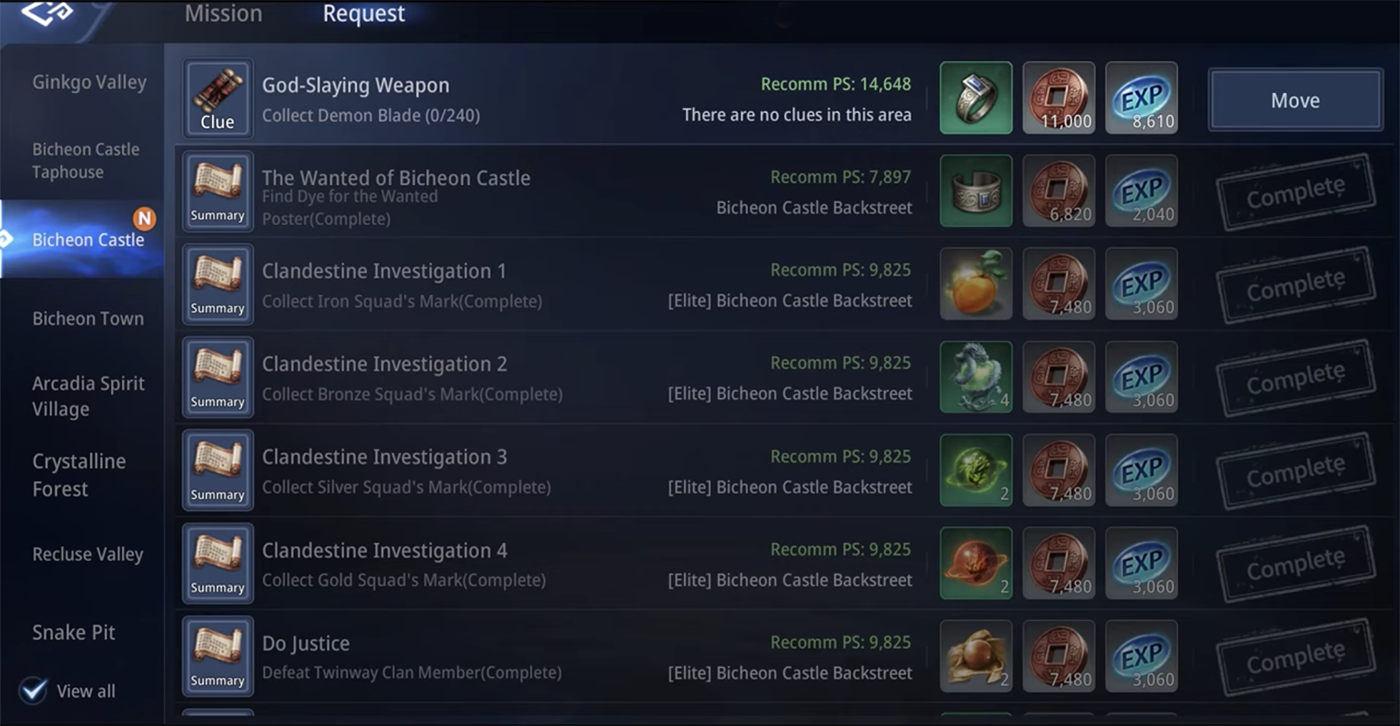 It is important to note that this mission can take some time, since players need to collect 240 Broken Flags and 240 Demon Blades. However, the quest will conclude once players have collected all the Demon Blades. If they successfully complete the God Slaying Weapon mission, they will receive various gifts, including a ring and experience points (XP), among others.

In MIR4 , players are able to participate in various activities, such as joining a clan, declaring war, hunting, questing and crafting. One of the quests players are able to complete is the God Slayer Weapon mission. However, players will only be able to start this quest once they have completed the Demanding Request.

For the Demanding Request, players need to defeat mobs in order to obtain 240 Broken Flags, while the God Slayer Weapon requires players collect 240 Demon Blades. If they successfully complete both quests, they will receive various rewards, including experience points, a ring and a weapon, among others.