Even though players can choose any class in MIR4, it is recommended that they use Lancer in PvP, while they also can use Warrior and Sorcerer for PvE.

MIR4 is a popular open-world, role-playing, free-to-play multiplayer online game (MMORPG). The game invites players to participate in castle sieges, join a 50-player raid, hunt enemies with their friends and capture the Hidden Valley. Additionally, they are able to set bounties on enemies, declare war and join a powerful clan to participate in a large-scale player-versus-player (PVP) mode.

However, if players prefer not to participate in combat, they are able to enjoy the peaceful life of questing, meditating, crafting, hunting and gathering. Whatever players choose to do, their story will be legendary. 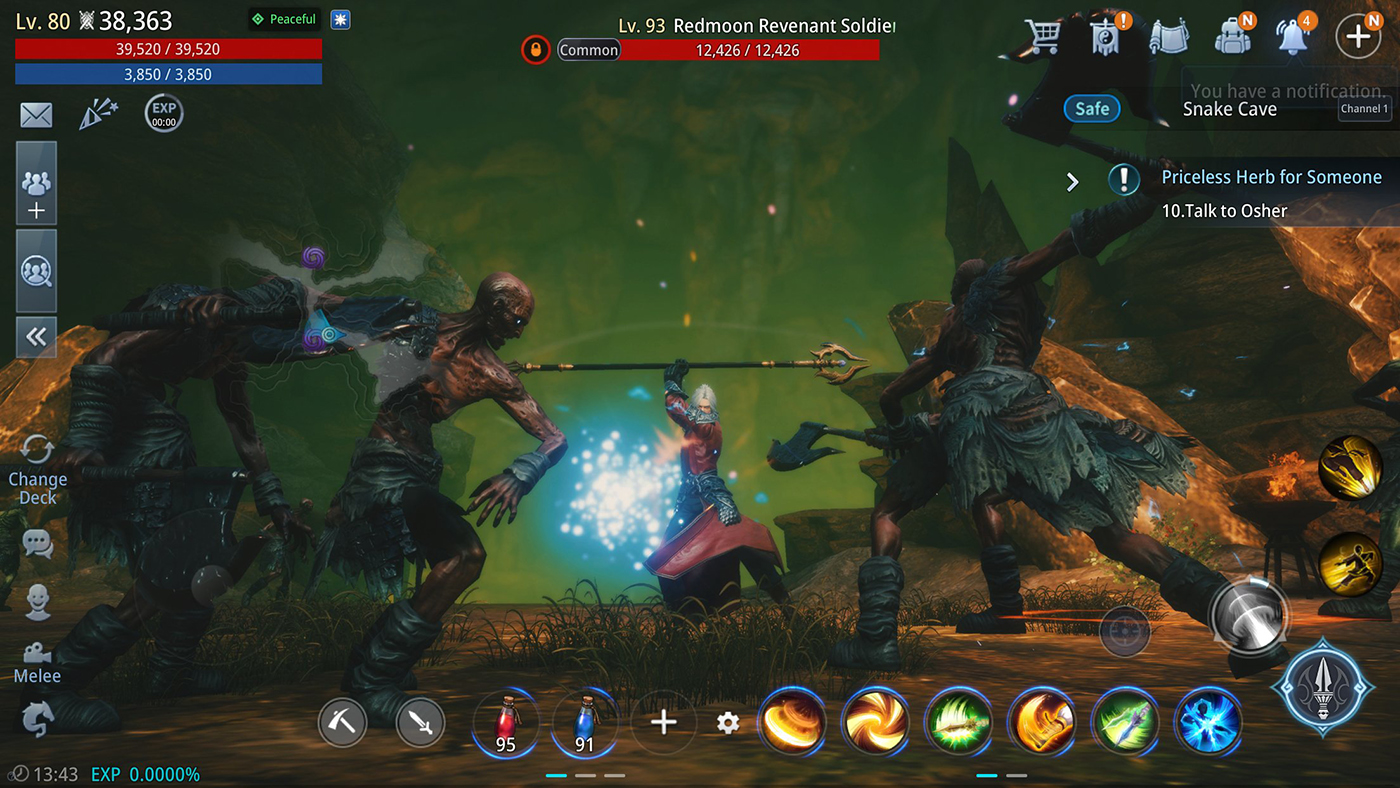 MIR4 was one of the first games to introduce a unique looting system. It features a free-for-all loot system. This means that players are able to claim any loot, even if they did not participate in defeating an enemy. It is important to note that this does not apply to treasure chest loots. When looting a treasure chest, players have 30 seconds to protect the loot they want, while other players have the same amount of time to fight for the right to claim the loot.

Before players can start to play the game, they will need to create a digital avatar. It currently features four distinct classes that players can choose from. It is important to note that each class has unique abilities and skills. The following table indicates the name of each class, short description of the class, and their ultimate abilities:

Even though players are able to choose between any of the classes, it is believed that certain classes perform better in player-versus-environment (PvE) and player-versus-player (PvP) modes.

In this mode, the abilities and skills of any character has little effect on the game play. This means that the skill of the player controlling the character is more important than the skills of the character. However, some characters perform better than others when it comes to participating in PvP.

It is believed that Lancer is the best character for PvP. As players are focusing on attacking abilities, Lancer is able to turn the game to the player’s favour due to her versatility and amazing damage.

Thanks to Lancer’s mobility, set of abilities and range, they are very efficient at taking down any opponents. In fact, multiple players consider them over-powered (OP).

After considering every aspect of the abovementioned classes, Warrior is the best class for the PvE mode, while Sorcerer comes in second. As the automatic combat is mostly used for farming and grinding, not much damage will be dealt to the Warrior. He has the ability to take a lot of damage before he needs healing.

Players are thus able to farm away-from-keyboard (AFK) with the Warrior class. Even though Warriors are able to deal single target, or area-or-effect damage, they do not deal as much damage as other classes.

Sorcerers, on the other hand, are very squishy. This means that they die very often and very easily. However, when they are used correctly, they are able to deal deadly offensive spell damage. This makes them efficient farmers from the backline.

MIR4 recently introduced a new class called the Arbalist. It is important to note that this class takes on the role of the archer in the battlefield. This class is described as a huntsman who shoots down enemies, using an arbalest enhanced for quick firing. When you choose this class, you can freely switch between tracing and escaping, while shooting a deadly shower of arrows. It is believed that the simplicity that this class provides makes it a very satisfying option to pick and start your journey.

This class is entirely dependent on movement control, and if you master it, it will be very difficult to win against you. It is important to note that this class is intended to be used in player-versus-player gaming mode, due to its serious damage and high agility.

However, this does not mean that you cannot enjoy the player-versus-environment gaming mode with this class. Players should remember that the downfall of this class is its little defence statistics. Subsequently, it is very easy to defeat the archer class in battle.

More information on the Arbalist class you can find here.

In MIR4, players are able to choose between four distinct characters as their digital avatars. It is important to note that some classes perform better than others in specific gaming modes. It is believed that Lancers are the best class for player-versus-player due to their unique abilities, range and mobility.

For player-versus-environment, it is recommended that players either choose the Warrior or the Sorcerer class. However, Warriors should be the players first option, as they are able to stay alive for longer.