Players can boost the value of their troops in Mighty Party by using an Elixir, however, they need to be part of a guild to obtain it.

Mighty Party is a popular fast-paced and tactical online card role-playing game (RPG). It is published and developed by Panoramik. The official description reveals that it is a very simple and addictive game. Players simply have to tap to put a fighter, also known as a hero, on the battlefield and they allegedly only need three minutes to win.

The game can reveal a player’s tactical skills. Players should identify their opponent’s weaknesses and play heroes who can change the situation on the battlefield. Each battle won will bring players top places in the rankings.

Players are able to obtain and evolve hundreds of heroes and monsters. It is important to note that each hero or monster features unique abilities. Additionally, they have epic combinations of fighting and magic skills.

It is required that players plan their own defence and offensive turn-based strategy with thousands of card combinations. It is recommended that they use their wits, come up with tactics and strategise to defeat their enemies.

In addition to the battles, the game offers various activities for players to participate in, such as in-game events, joining a guild and farming resources, among others. 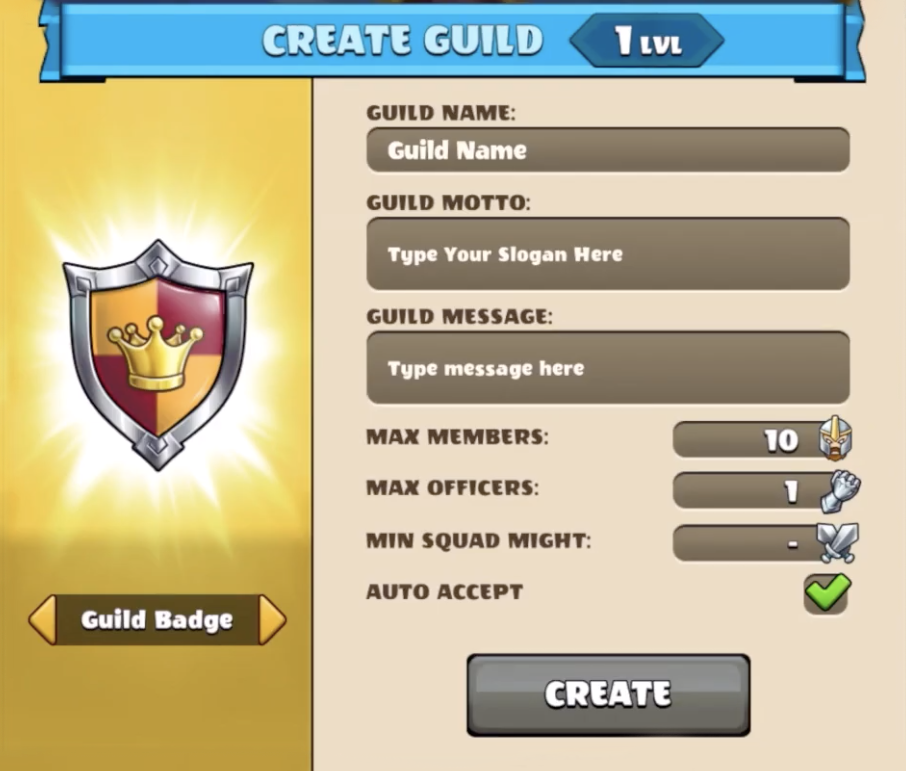 It is important to note that the Mighty Party features multiple resources. Squad resources are used to improve heroes, while Guild resources are used as part of a guild. Additionally, players can also collect Currency, such as Gems and Event Resources in the game.

As mentioned above, players are able to use Guild resources when they are part of a guild. These resources include Influence, Contribution and Elixir.

It is important to note that Influence is only obtainable once the guild is created and actively played during the Turf Wars. Influence is the currency of a guild and it can only be used by either the guild master or its officers.

Players can use Influence to unlock the guild bonuses for its members. Additionally, it can be used to increase the Guild level. The guild bonuses are usable by the members, by spending Contribution.

Contribution is only obtainable and useful once players join a guild. Players use the Contributions to activate guild bonuses for a day, or a week. The bonuses can have a great affect on players’ gameplay. It is important to note that the Contribution limit is 200 000.

Players can collect Contribution by participating in Turf Wars. However, the guild has to hold tiles after the final clash of the day.

Additionally, it can be obtained as a bonus for cash purchases from guild members. There is also a chance that Elixir will randomly drop from Brawl.

The following table indicates the cost and benefit of boosting troops with Elixir:

It is important to note that the boost level concludes at level 33. The cost at this level is approximately 160 000 Elixirs, while the boost is 2 000 percent.

Raids are one of the gaming modes in Mighty Party. This mode unlocks once players reach League 20. It is important to note that a Raid does not start unless players select the Raid icon in the game. Since there is no undo, it is recommended that players are sure that they want to participate in it.

Once players select the raid icon, they will travel to a map with nine other players. Players need to use their troops to attack other castles while defending their own castle. In this gaming mode, they are able to use Elixir to improve their gameplay.

Elixir can be used in the following: