One of the latest Marvel Strike Forces’ patches introduces a new feature called War Ready, however, it is only available in the Alliance War mode.

Marvel Strike Force is a turn-based role-playing mobile game. As the name suggests, it is set in the Marvel Universe. The official description states that an assault on Earth has begun. Subsequently, Super villains and Super heroes are working together to defend our planet.

The game allows players to collect Marvel Universe characters, this includes villains, heroes and generic characters. This means that the game features characters from the Strategic Homeland Intervention, Enforcement and Logistics Division (S.H.I.E.L.D). Additionally, they can obtain characters from Hydra and The Hand.

How to obtain characters

This item can also be used to promote characters. The shards can either be purchased from the in-game shop, or it can be earned from winning battles.

The in-game battles are divided into rounds and the character with the highest speed attribute attacks first. Each team features up to five characters who fight until defeated, or reinforcements enter. It is important to note that some artificial intelligence teams in raids can have much more characters.

During battle, characters apply healing and multiple buffs to their own team and the damage they deal. Additionally, they apply debuffs to the enemy, while trying to deal the most overall damage and having the last character alive.

Players should remember that the game features multiple game modes, including Alliance War, Blitz and Challenges. However, they can also participate in Real Time Arena, Raids and Arenas. All of the game modes, except Real Time Arena, have their own currency. They can be used to purchase items or character shards.

Real Time Arena is the only game mode which consist of player-versus-player (PvP) battles. The other modes are all player-versus-environment based. The following table indicates the name of the game mode and a short description of each:

Marvel Strike Force’s developers regularly releases new patches for the game. Usually, the patches fix some of the in-game problems and it introduces new content. One of 2020’s patches introduced the Iso-8 feature. Simply put, it is a progression system, which is somewhat similar to gear. However, it allows players to customize their characters. 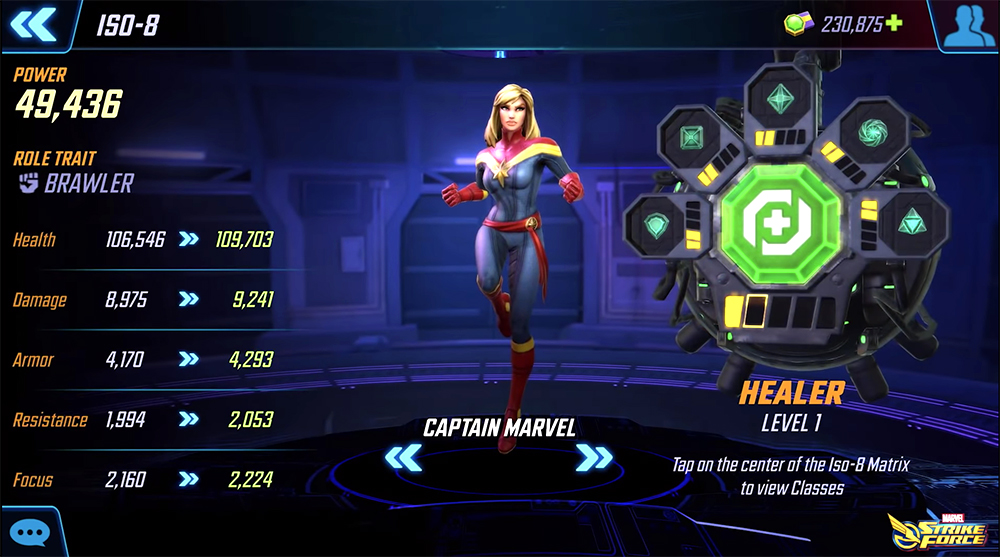 When players outfit their characters with Iso-8, it will provide a lot of additional features. The features include, but are not limited to:

It is important to note that Iso-8 only unlocks when players reach Commander Level 55. When they unlock the feature, they will have access to the Isotope-8 campaign. This is where players can obtain Iso-8 crystals.

Players who have equipped their characters with higher levels of Iso-8 can enjoy a new advantage in battle. One of the patches released a new feature called War Ready. Any character equipped with T1 Level four Iso-8 or higher will gain the War Ready trait. However, this only applies to the Alliance War mode.

This means that players will receive various new bonuses that have been added to some of the Helicarrier rooms. It is believed that Cargo Bay and the Hangar provides players with additional bonuses and statistics. 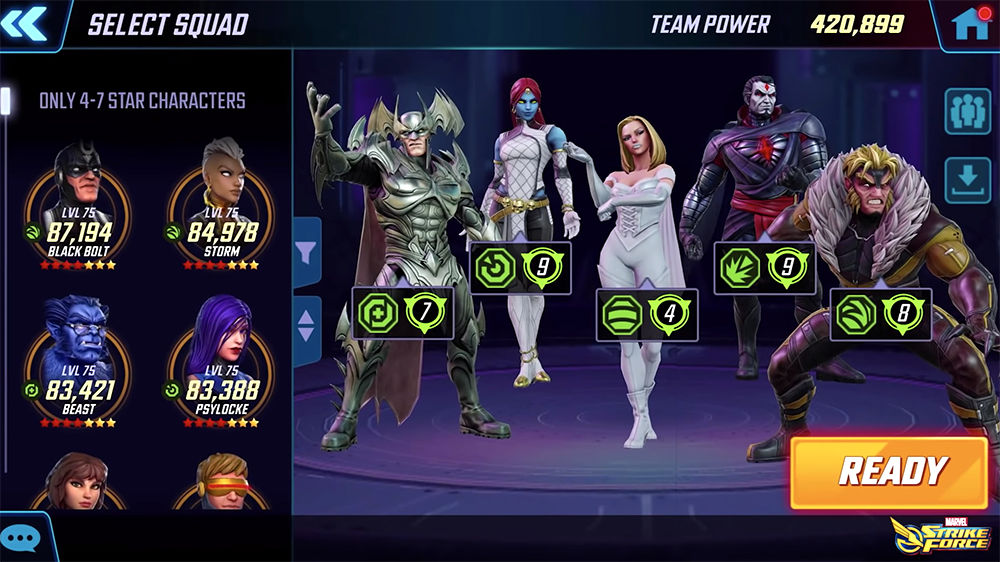 Marvel Strike Force is a popular mobile game that is set in the Marvel Universe. The game’s developers regularly release patch updates that fixes in-game problems and introduces new content. One of the latest patches introduced a War Ready feature. In the Alliance War mode, players who are level four Iso-8 or higher will receive various bonuses.