In LOTR: Rise to War, players who side with evil are able select the infamous Sauron as one of their enemies’ Commanders.

The game reminds players that the epic tales of old, be it of friendships, glory or love, are in days gone by. A new War of the Ring is on the horizon, and the fate of Middle-earth now lies in the players’ hands.

The game is set in the Third Age of Middle-earth, and it offers a beautiful and faithful interpretation of the fictional world of Arda. It invites players to embark on new adventures in order to build armies for conquest. They will need to strategically expand their region in pursuit of the One Ring.

When players first start playing Lord of the Rings: Rise to War, they will be able to choose a faction. After choosing, they will have to complete a tutorial mission in order to understand the gameplay. 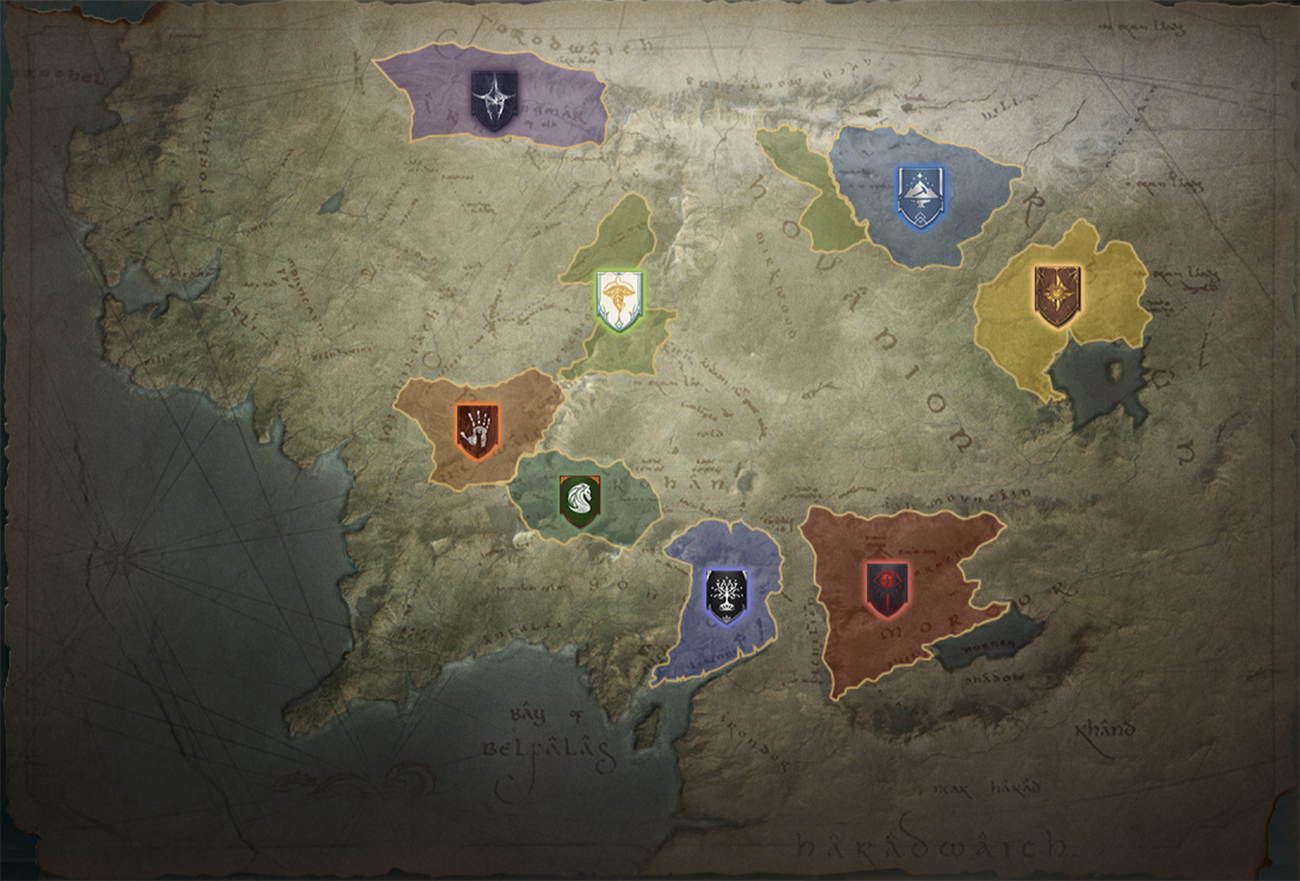 To obtain more resources, players will need to acquire more land. The land with a purple border belongs to other players in the same faction, while the land players own are indicated by a green border and enemies have red tiles.

Each victory will claim another piece of land, while each defeat will result in a loss of land. Lord of the Rings: Rise to War sets players on a path to not only outwit and defeat their rivals, but to also seize the ultimate prize: The One Ring.

Players are able to obtain new Commanders by offering them gifts. To do this, players need to go to the Tavern, before selecting “Recruit Commander.” On the new menu, players can discover all the Commanders they can unlock through in-game progression.

In order to boost the characters’ respect meter, players need to donate gifts to them. It is important to note that players may have to donate several gifts before earning their respect.

They should thus repeat the gift donations until the gold respect meter is full. At this point, the Commander will be ready to join the player’s army.

One of the units players can collect in Rise to War is the infamous Sauron. He is the legendary Lord of the Rings. During his time as Dark Lord, he sought to conquer Middle-earth by creating the Rings of Power. However, Sauron was defeated in the War of the Last Alliance of Elves and Men.

After rebuilding his strength, Sauron returned to power late in the Third Age. However, he became permanently crippled in the War of the Ring. 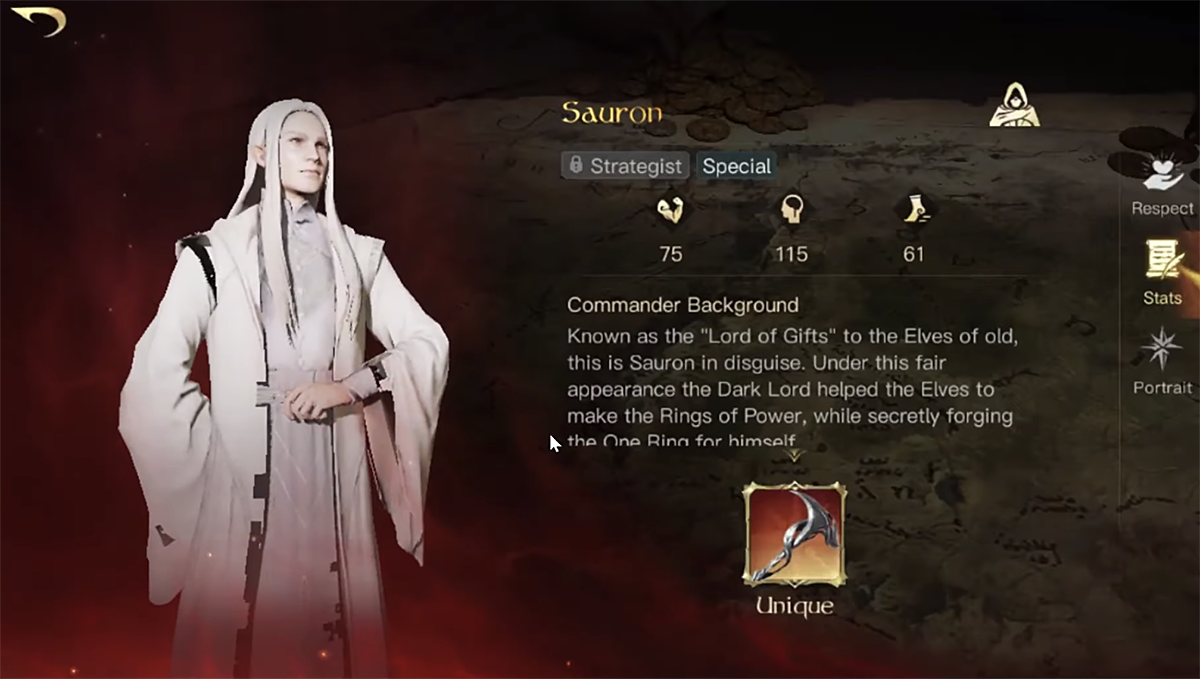 In LOTR: Rise to War, players are able to select Sauron as one of their armies’ Commanders. Known as the Lord of Gifts, to the Elves of old, this is Sauron in disguise.

Under the fair appearance, the Dark Lord helped the Elves to make the Rings of Power, while secretly forging the One Ring for himself.

The following table indicates Sauron’s base statistics and a description of each: