In LOTR: Rise to War, players can choose a faction, one of which is Gondor, home to the Swanknights and first Commander Faramir.

The game reminds players that the epic tales of old, be it of glory, friendship or love, are in days gone by. A new War of the Ring is on the horizon, and the fate of Middle-earth now lies in the players’ hands.

A new evil has been growing, and it is sweeping through every part of the fantasy realm of Lord of the Rings. The various factions are thus desperate to seize control of the One Ring and take dominion over Middle-earth.

The game is set in the Third Age of Middle-earth, and it offers a faithful and beautiful interpretation of the mythical world of Arda. It allows players to embark on new adventures in order to build armies for conquest. They will need to strategically expand their region in pursuit of the One Ring. 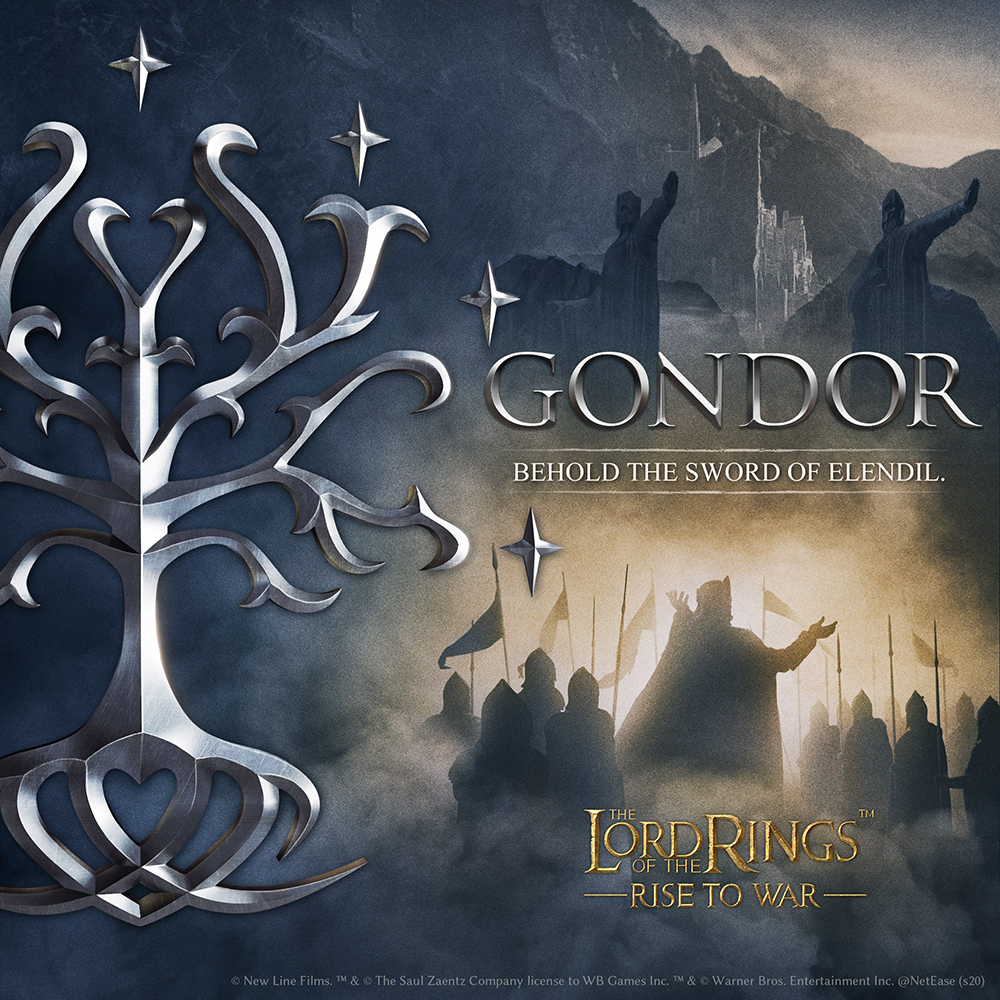 When players first start playing Lord of the Rings: Rise to War, they will be able to choose a faction. After choosing, they will have to complete a tutorial mission in order to understand the mechanics.

To collect more resources, players will need to acquire more land. The land with a purple border belongs to other players in the same faction, while the land players own are indicated by a green border and enemies have red tiles.

Each victory will claim another piece of land, while each defeat will result in a loss of land. Lord of the Rings: Rise to War sets players on a path to not only outwit and defeat their rivals, but to also seize the ultimate prize – The One Ring.

As mentioned above, Lord of the Rings: Rise to War features 10 distinct factions. However, players are only able to choose one. Each faction is made up of good or evil characters from the books and films.

Choosing a faction comes down to personal preference. However, there are some recommendations for new and veteran players.

The following table indicates the name of each faction and which side it is on:

Gondor is seen as the land of stone. It is a proud kingdom founded by the Númenóreans and is populated by their descendants. In this faction, players will find the capital, which is Minas Tirith.

Since Gondor is located in the lower-left part of the map, the forces have a strong defence. This means that characters in this faction can take a lot of damage.

The special unit type is Swan Knights. They are excellent mounted troops and they are proven to be good tanks with high defences. Gondor’s first Commander is Faramir.

It is believed that he is an expert at doing tips, but also at fighting. Additionally, he deals decent physical and targeted damage. 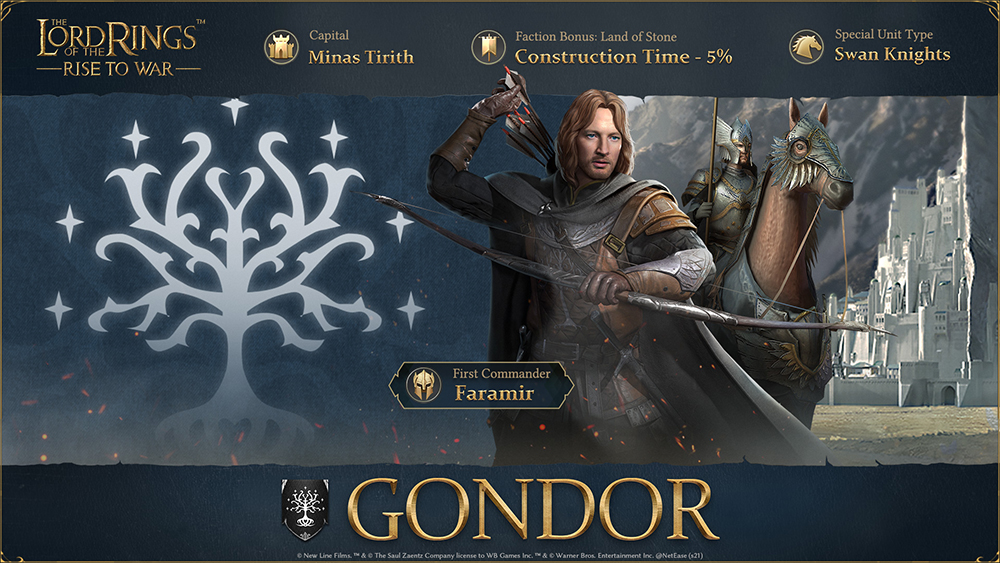 Oath breakers are a type of neutral camp that can be found in Gondor. These units are immune to physical damage. It is believed that it is one of the strongest neutral camps in Lord of the Rings: Rise to War.

In LOTR: Rise to War, players are able to choose one faction. The game currently features 10 distinct factions. It is important to note that some factions are on the good side, while others have evil characteristics.

One of the factions players can choose is Gondor, the land of stone. It is a very proud kingdom founded by the Númenóreans. It is ruled by first Commander Faramir and has Swan Knights as special forces. Players in this faction will receive a five percent decreased construction time.