Even though players can use any team of heroes to defeat Arctic Flipper in Lords Mobile, it is advised that they use specific Heroes depending on the level.

Lords Mobile is a popular free-to-play video game. It combines role-playing, real-time strategy and world-building mechanics. The game allows players to participate in various game modes, the most notable of which are player-versus-player (PVP) battles.

In the game, players are able to develop their own base and build an army to attack enemy bases, destroy them, seize resources and capture enemy leaders. Generally, players can only attack enemies from their own kingdom. However, during the Kingdom vs Kingdom (KVK), all servers are open for attacks.

Players can attack world bosses and other monsters that occasionally appear on the map, in order to claim resources from them. Additionally, they are able to participate in multiple contests to earn bonuses either for the guild they are part of, or for themselves.

The following table indicates several additional gameplay modes and a description of each:

The game currently features over 47 Heroes. They are divided into three categories: Intelligence, Strength and Agility. Every Hero is unique, with distinct attributes, skills, backgrounds and designs.

The tactics of the game assumes the need to improve the Heroes. Additionally, players need to command different types of troops for attacking any position and order on targets. Players can obtain additional heroes through in-game bundle purchases, while the launch Heroes are available by completing Hero Stages.

Like mentioned above, players are able to attack various world bosses and other monsters that spawn on the map. One of the monsters that players can defeat is Arctic Flipper. He is a normal monster that appears for two consecutive days in the course of one monster cycle. 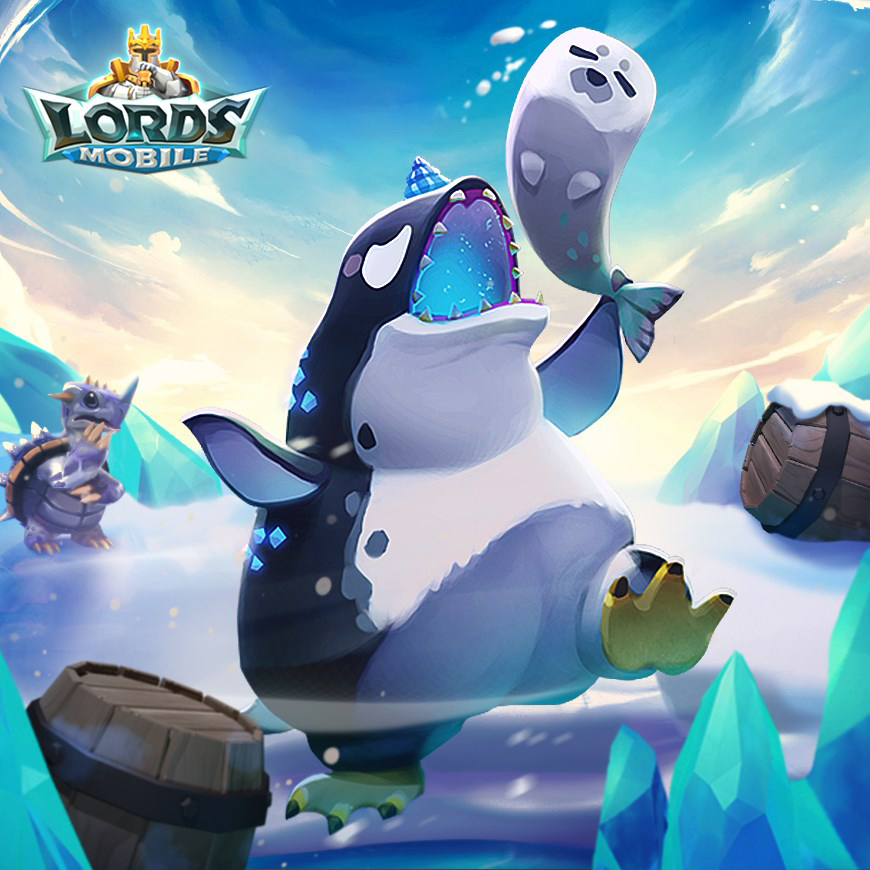 Arctic Flipper will remain on the Kingdom Map for two hours and 55 minutes, or until it is killed. However, once it is killed, a new monster of the same type will spawn nearby. This monster can also be summoned by guilds during the Guild Bash, when enough points have been scored by the guild.

It is important that players note the following about Arctic Flipper:

However, during Guild Bash, it is advised that players deal direct damage. In this mode, players should deal physical and magic damage.

Even though players can use any team of Heroes to defeat Arctic Flipper, it is recommended that they create specific teams, depending on the level that they are on. The following table indicates the level and the recommended free and paid Heroes:

The following table indicates the level, free and paid Heroes for Guild Bash: