Players are able to choose their faction in Rise to War, however, it is important to note that each faction has its own unique skills, abilities, and characters.

Lord of the Rings: Rise to War is a newly released mobile strategy game. It is based on the popular trilogy, Lord of the Rings. The game reminds players that the epic tales of old, be it of glory, love or friendship are in days gone by. A new War of the Ring is on the horizon, and the fate of Middle-earth now lies in the players’ hands.

A new evil power has been growing, and it is sweeping through every part of the fantasy realm of Lord of the Rings. The various factions are thus desperate to seize control of the One Ring and take dominion over Middle-earth.

The game takes place in the Third Age of Middle-earth, and it offers a beautiful and faithful interpretation of the fictional world of Arda. It invites players to embark on new adventures in order to build armies for conquest. Players will need to strategically expand their region in pursuit of the One Ring. 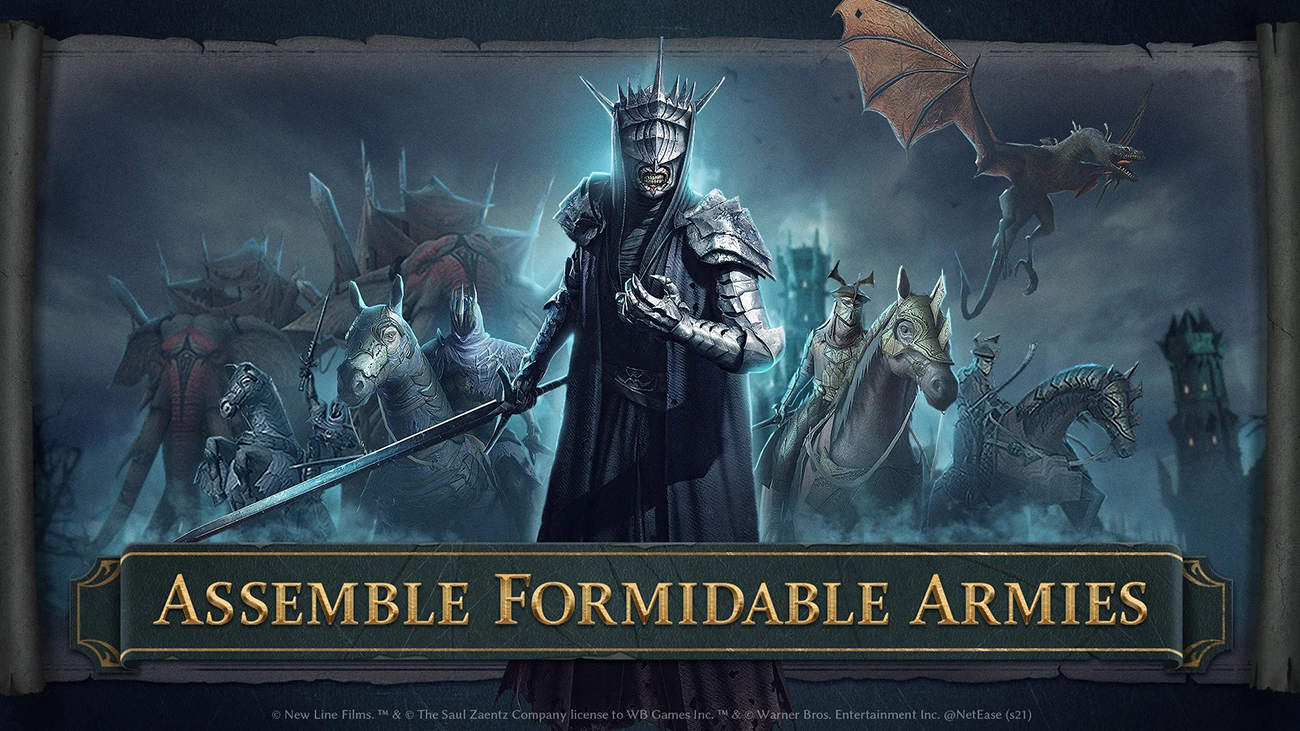 When players first start playing the game, they will be able to choose a faction. After choosing, players will have to complete a tutorial mission in order to understand the gameplay. Once players have completed the tutorial, it is recommended that they follow the tasks to level up. The tasks can be found by selecting the rolled-up scroll on the bottom right side of the screen. Completed tasks will reward the player with various resources.

To obtain more resources, players will need to acquire more land. The land players own is indicated by a green border. Those with a purple border belong to other players in the same faction, while enemies have red tiles. Computer-owned tiles are indicated with white borders. It is recommended that players first take control of the computer-owned tiles before attempting to take land from an enemy.

Lord of the Rings: Rise to War currently features 10 distinct factions. Each faction is made up of good, or evil characters from the books and films. Choosing a faction comes down to personal preference. However, there are some recommendations for new, and veteran players.

Gondor is seen as the land of stone. It is a proud kingdom founded by the Númenóreans, and is populated by their descendants. The capital of this faction is Minas Tirith and its special unit type is Swan Knights. Gondor’s first Commander is Faramir.

Lothlorien is situated between two evil factions on the map. It is home to the elves of Middle-earth. Players in this faction are able to level up their Commander faster, due to the additional five percent Commander experience faction bonus. The Lothlorien troops are ranged units that are capable of dealing high damage. This faction is recommended for experienced players.

The faction is located above the Ered Nimrais range, in the middle of the map. It features open plains, with Rohirrim’s patrolling them on horsebacks. The capital city of this faction is Edoras. Players in this faction will receive a three percent move bonus. This is very useful in combat, as they move much faster than other players. Rohan is recommended for beginners.

Mordor is home to where it all started. Sauron made the Ring of Power in the fires of Mount Doom to dominate all of Middle-earth. Now, it is an evil faction with Gorbag as the first Commander. It is situated in the southeast of Middle-earth. Players in this faction will have an increased resource production rate. Mordor is recommended for defensive players.

Erebor is located in Rhovanion’s frozen northeast. It is home to the mountains that feed the river, Celduin, as well as the Dwarves who labour underground, perfecting their craft. The faction has a conscription reduction bonus, which means that its troops are able to train faster than others. It is believed that Erebor is one of the strongest factions in The Lord of the Rings: Rise to War.

This faction is recommended for veteran players.

In addition to the above-mentioned factions, players can also choose Isengard, Angmar, Rhûn, Lindon, and Arnor. The following table indicates the name of the faction, a short description and if the faction is good or evil: