Players are able to defeat multiple enemies in Kenshi, one of which is the Bugmaster; however, the fight is only recommended for endgame characters.

Kenshi is a single player video game with real-time strategy elements. It is set in a vast and atmospheric “sword-punk” style open world. With a mix of role-playing elements, city-building features and squad-based control, the gameplay is completely free-roaming.

Players are thus able to enjoy the freedom and do whatever they want. The game takes place in an unyielding world of hunger bandits and barbaric cannibals. Additionally, it features cruel slavers and wild beasts.

Players start the game with no skills and subsequently, struggle to survive in the early stages of the game. However, skills can be learned and levelled by doing certain activities. For example, players can level up their thievery by stealing items. 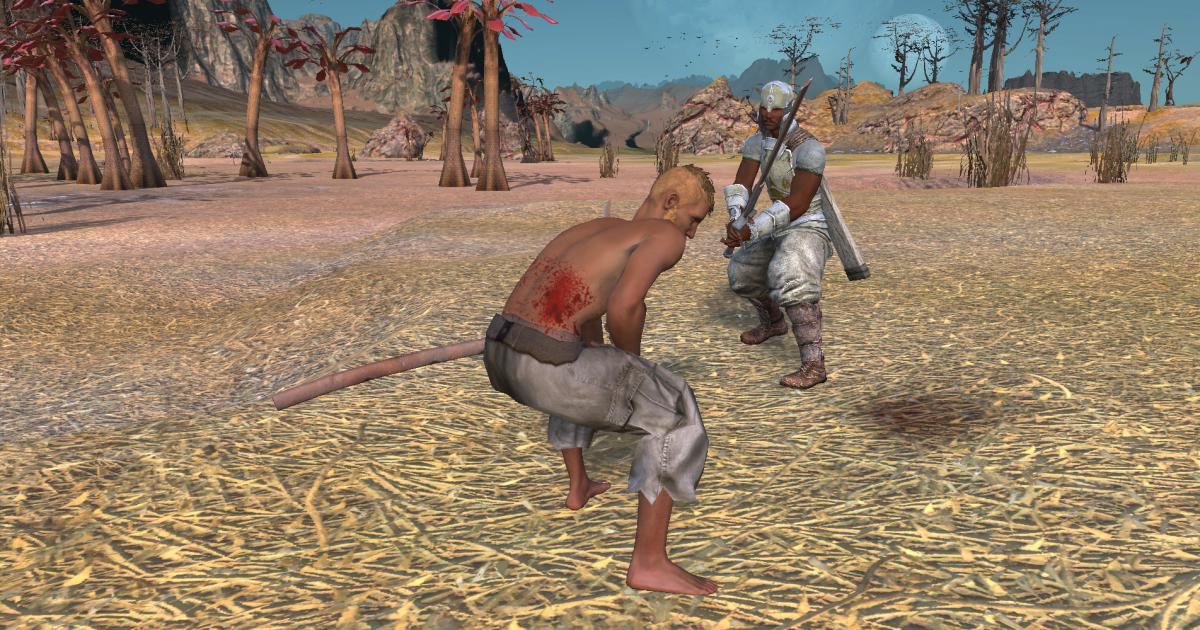 The game allows players to either play with one character or control an entire army. It is important to note that the combat is real-time strategy style.

Players have a choice of melee and ranged fighting styles. Whether players only play with one character, or with 10, they are able to edit their units.

Players are able to build up their units’ strengths to watch them endure and grow. Players will be able to train their skills in engineering, medicine, weapon smithing, robotics and thievery.

Additionally, they are able to create and run their own city. This feature allows players to manage an empire or simply discover the lands as a solo traveller. In the cities, players can research upgrades such as weaponry crafting, industry tech and trade goods.

While exploring the world, players will come across the Bugmaster, the leader of Spiders. It is believed that he is a very dangerous criminal who resides in the Throne of the Bugmaster. An important thing to note is that the Bugmaster is surrounded by Blood Spiders and Skin Spiders. 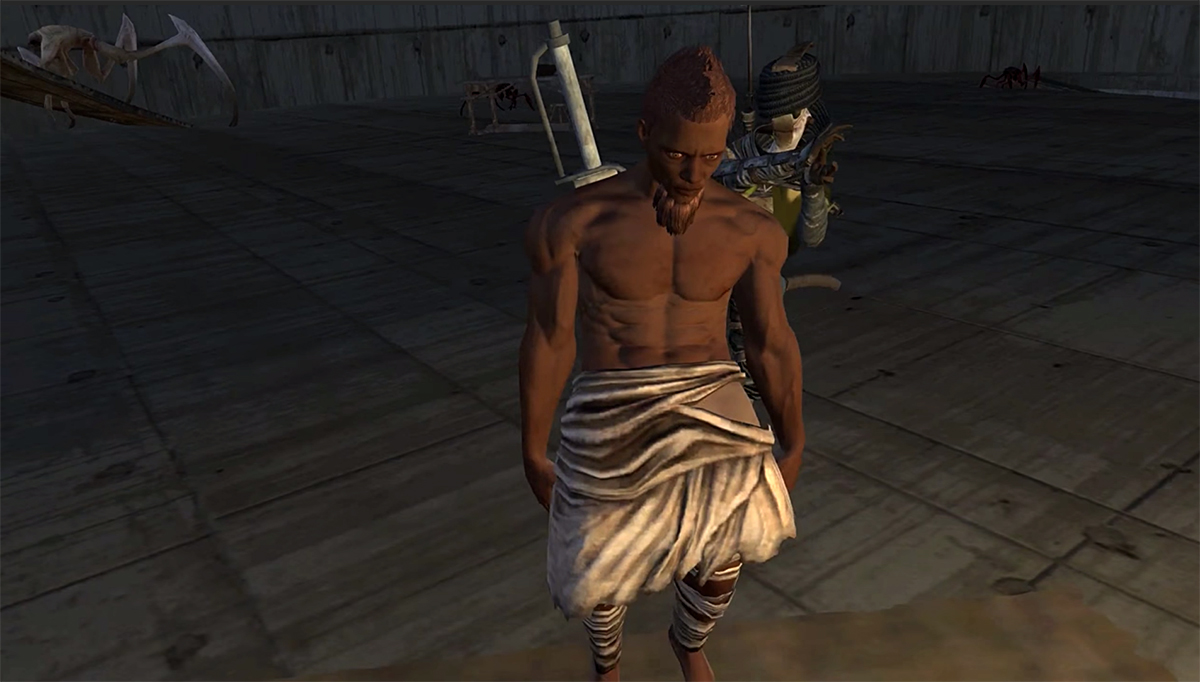 It is advised that players avoid fighting Bugmaster until they have a group of high-level statistics equipped with mid to endgame gear.

Despite the recommendation, players with high stealth and assassination skills can attempt to sneak into his tower to knock him out. However, the fight will likely have a low chance of success due to the Bugmasters toughness.

The following table indicates the Bugmaster’s attributes and the level of each:

If players manage to defeat the Bugmaster, they can take the 100 000 bounty to the headquarters of the Shek Kingdom, located in Admag. Carrying the Bugmaster close to the Shek Warriors, or civilians, will trigger them to tell the player to take him to the Stone Golem.

Turning the Bugmaster in will result in 100 reputation points with the Shek Kingdom. Additionally, players will gain 75 reputation points by turning him into Esata, the Stone Golem’s aid, and 25 points for talking to her directly after.

However, if players want to obtain Seto, they might want to wait for some time before talking to the Stone Golem. In this time, Seto will join the player’s party and then they can talk to her.

It is important to note that if players form an alliance with the United Cities before handing in the Bugmaster, it will remove the reputation gain with the Shek Kingdom. This means that players will not be able to talk with Esata at all. Players will thus not be able to collect Seto.

Players should be aware that they will set themselves hostile with the Holy Nation if they hand in the Bugmaster to the Shek Kingdom. The trophy can also be turned into the United Cities. However, there are no extra benefits besides the reward money and a small reputation boost. 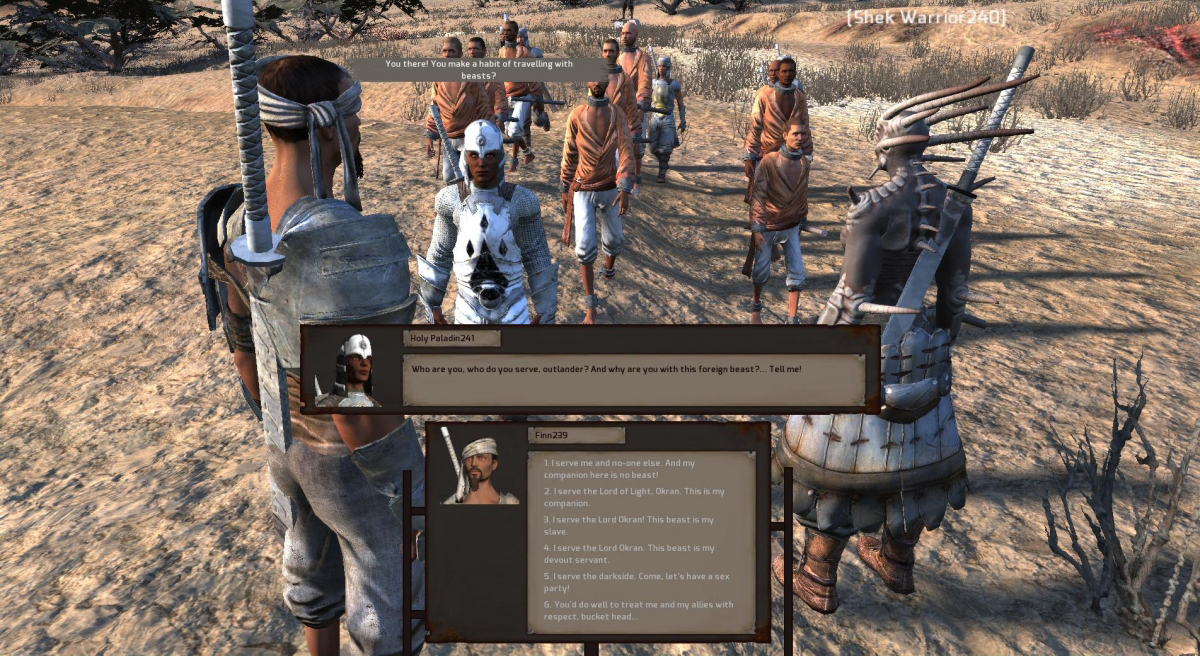 It is thus recommended that players do not form an alliance with the United Cities, and rather turn in the Bugmaster in Shek Kingdom. Players will gain a lot of reputation points and a new unit if they follow this method.

In Kenshi, players are able to do whatever their heart desires. From exploring the lands to defeating strong enemies, one of which is the Bugmaster.

Even though players can turn in his trophy in a few cities, it is advised that they hand it over to the Shek Kingdom. Players will gain a lot of reputation points with the kingdom as well as a new unit.