Diluc is one of the most sought-after characters in Genshin Impact, however, players can only unlock him by making Wishes, using either Intertwined Fates or Acquaint Fates.

The game consists of 24 playable characters, however, this does not mean that players will unlock all 24. This is because Genshin Impact is a gacha game, and it locks its best characters behind the gacha mechanics.

Players who want to unlock five-star characters, such as Venti or Diluc, will need to invest a lot of time or money to do so.

Diluc is one of the most sought-after playable characters, due to his various pyro elemental abilities. He is based round the fire element, which is seen as being the best in the game.

In Genshin Impact, Diluc is the owner of the Dawn Vinery, which is located in the Mondstadt city. At night, he protects the city in the form of the rumoured ‘Darknight Hero’.

Unfortunately for players, Diluc cannot be unlocked by progressing through the main story, nor in the open world. The only way to unlock him as a playable character in Genshin Impact is to make Wishes using Intertwined Fates or Acquaint Fates. 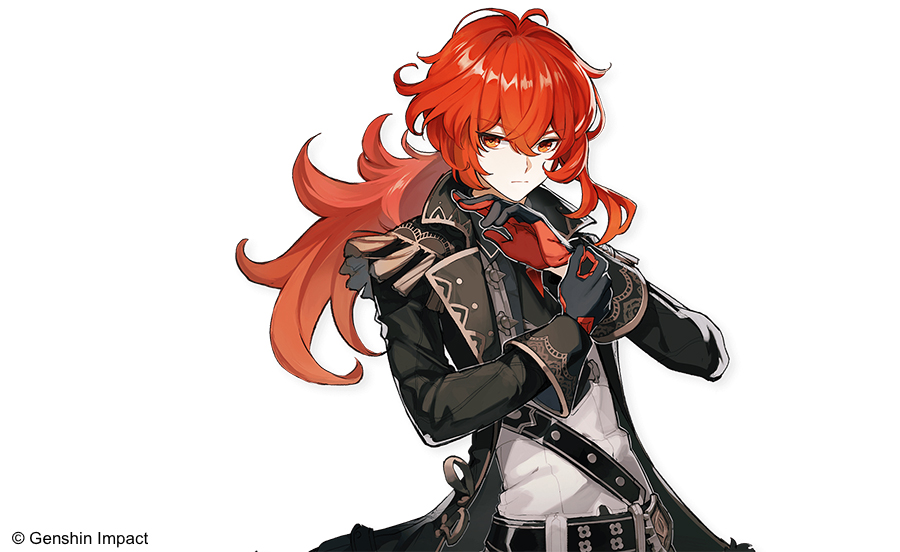 The various Banners all have different reward rates, but the chance of getting a five-star character is always the same, 0.6 percent. To specifically unlock Diluc, players need to qualify for this 0.6 percent and be lucky enough to pull him, rather than another five-star reward.

It is important to note that this 0.6 percent is only applicable on the Ballad of Goblets banner that features Venti. The other Banner, Wanderlust Invocation, is more likely to drop weapons.

It is thus recommended that players wanting to maximize the chances of unlocking Diluc should wish on the Ballad of Goblets Banner and hope they are lucky to land the 0.6 percent chance.

If players manage to land the 0.6 percent chance, there is a 10 percent chance that the player will unlock Diluc. The bright side is that this Banner is the only way to get Venti, who is also one of the best characters in Genshin Impact.

It is also important to note that if players make 90 Wishes on the Ballad of Goblets Banner, without wishing anywhere else, they are guaranteed to win a five-star character. However, this does not mean that players will receive Diluc, but it gives them a decent chance.