Players need to purchase three Axies before they can play Axie Infinity, and after obtaining the Axies, they can compete in Arena and Adventure Mode.

The game features two different gaming modes; Adventure Mode and Arena Mode. Adventure Mode is player-versus-environment based and consist of different levels. In this mode, players will have to fight against computer-controlled mobs in order to complete a level, while Arena Mode is player-versus-player based and consist of different matches. This mode is recommended for experienced players with maximum level Axies.

How to play Axie Infinity

To start playing Axie Infinity, players need to download the app from the official website. Once the game is installed, players need three Axies to form a team. Each Axie features different characteristics and abilities that determine their role in a battle.

Players should be aware that Axies can only be bought with real-life money. It is thus recommended that players first play the tutorial in Axie Infinity before making any economic decisions.

Axies’ prices can range from $2 to $1,152,853,013. It may be difficult to start playing the game, as many do not have the finances to buy Axies. However, players can participate in a scholarship program.

In the program, players who own extra Axies lend some to players who want to start the game without spending a dime. Naturally, there is a catch. The player who lent out their Axies to other players will get a cut of their earnings.

After players have completed the tutorial of Axie Infinity, and they intend to keep playing the game, they can choose a DApp-compatible wallet in order to send Ethereum. It is recommended that players use MetaMask if they are playing on a personal computer (PC). However, if the player is playing on a mobile device, Coinbase is the most recommended.

Once the wallet and Ethereum is set up, players can adopt Axies. Players need to go to the Marketplace on the official Axie Infinity website to buy Axies from other players. Another option is to check if the Axie Lab is selling Axie eggs. However, it is recommended that players do thorough research before deciding which Axies they want to buy.

As mentioned above, Axies can only be purchased by using real-life money. The prices for Axies constantly changes, as there are many factors that influence the price of Axies. The cheapest Axie is currently on sale for $2. While some of the most expensive Axies can be purchased for $1,152,853,013. 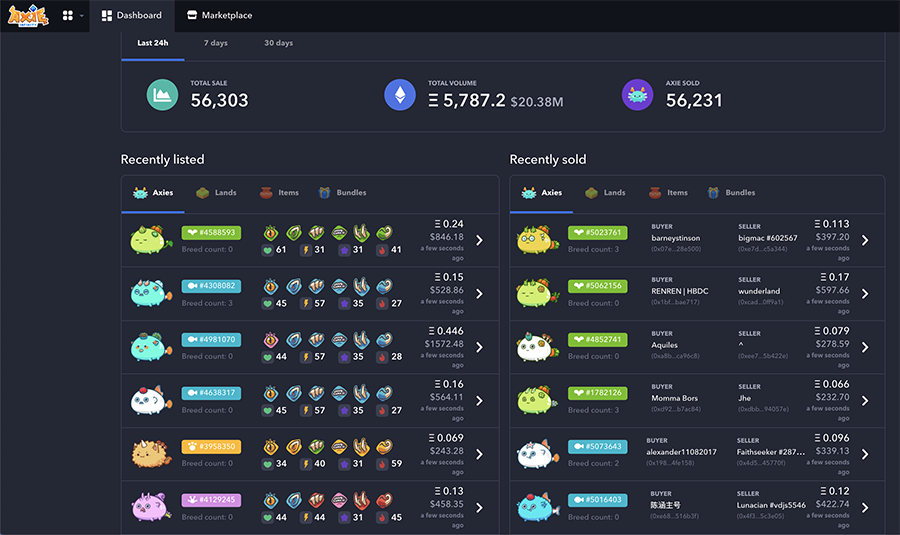 After purchasing Axies, players should go to the Lobby in order to create their Axie team. Axies battle in a three-versus-three format against each other. So, it is important to remember to create teams with different but complementary skills and abilities.

For new players, it is recommended to participate in Adventure Mode. In this mode, players will fight against computer-controlled monsters to gain experience points. The mode features 36 different levels, with increasing difficulty. Adventure Mode also has two different bosses, which spawn on level 21 and level 36, respectively.

Once players are comfortable with the game, and have maximum level Axies, it is recommended that they participate in Arena Mode. Instead of fighting computer-controlled mops, players will use their Axies to fight against another player’s Axies. It is important to note that players will only gain experience points if they win the match.

Before each battle, players will have the opportunity to arrange the formation of the Axie team in the three-by-three battlefield. It is important that players consider each Axies’ weaknesses and strengths in order to win the match.

How to earn money

The most common way to earn money in Axie Infinity is by collecting Smooth Love Potions (SLPs). Players can earn SLPs by completing daily quests and by winning battles in both gaming modes. The potions can be sold on a secondary market, depending on their current price.

Once the player has obtained enough SLPs, they can sync them to their wallet before trading it to Ethereum. The Ethereum can be sold in order to obtain real-life money.