Hero Wars features eight different type of events that occur annually, and during these events, players are able to do additional quests in order to obtain special rewards.

Hero Wars is the ultimate roleplaying online fantasy game. Players can fight enemies, join epic player-versus-player (PvP) arena battles, and collect the strongest heroes in Dominion along the way. Players are also able to power up their heroes, unlock skills, train their army and forge a guild.

The game features various events throughout the year. These events can be divided into eight categories: common, daily, hero, pet, resources, seasonal, titan and unique events.

Common events appear very frequently. The Emerald Waterfalls event is repeated every week, while Hero of Outland, Top of the Tower, Into the Depts, Energetic Warrior and Lord of the Arena run for three days each. These events follow each other. This means that Hero of the Outland will immediately start after Lord of the Arena.

Each month, the Emerald times four sale event takes place. During this event, players receive four times the Emeralds. These sales usually happen once a month.

Daily events take place every day. This event consists of a daily bonus, a skin sale and daily boxes.

This event usually takes place when a new hero is released, or when a hero is reworked. It also occurs when the game releases new skins. During the hero event, players are able to obtain hero soul stones of the promoted heroes, as well as other resources.

Players are able to gather different resources during this event. The resources include, but are not limited to, outload coins, skin stones, tower coins, arena coins and artifact resources.

These events occur every year around a specific time period. For example, a Spring event, a birthday event and a winter event, among others. 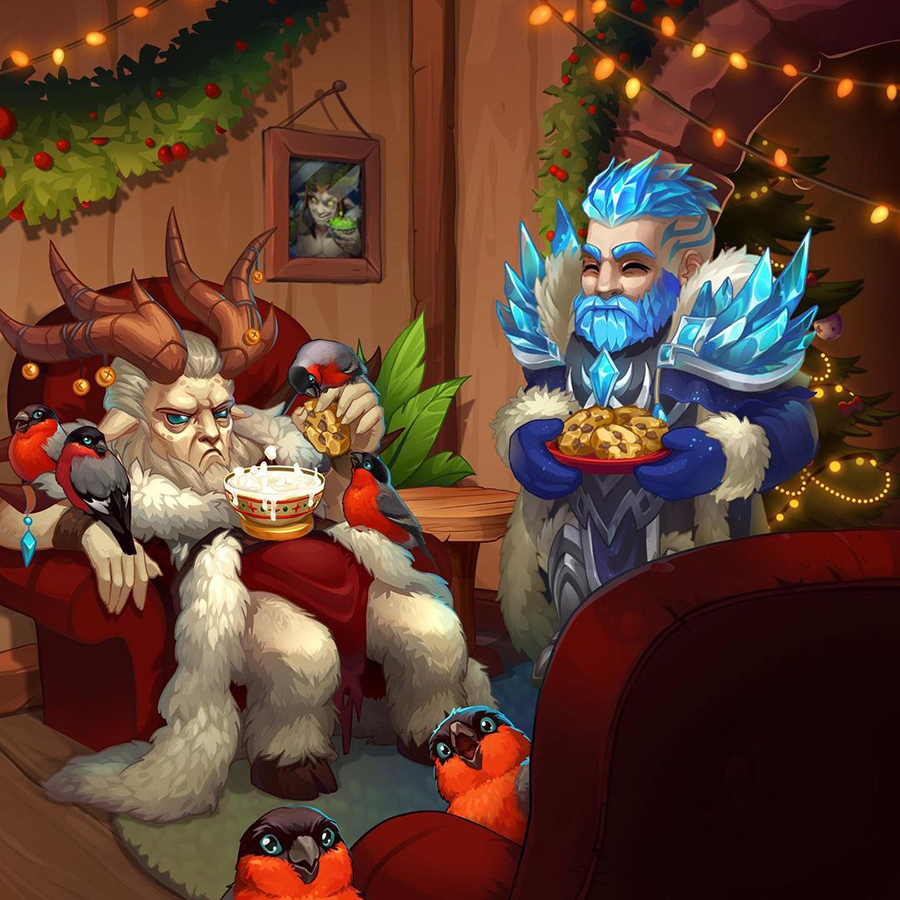 These events occur only once and usually have a predefined trigger, such as reaching a certain team level, or completing a specific mission.

There is no hero, pet, resources, seasonal, titan or unique events planned for the following three months. However, during September 2021, October 2021 and November 2021, players can expect the Emerald Waterfalls, Energetic Warrior and Lord of the Arena. Additionally, Hero of Outland, Top of the Tower and Into the Depts will also occur.

In addition to the above mentioned events, players can expect Waiting for the Holiday, Letter to Winter Claus and Holiday Every Day to occur during December 2021.

In Waiting for the Holiday, the world will scatter into a thousand lights and bestow the true feelings of Winterfest. The Dominion’s people will prepare for the traditional celebrations.

In the Letter to Winter Claus event, players can choose three items from a specific list. Players will receive one of their chosen items on 1 January 2022.

Lastly, during the Holiday Every Day event, players will be able to celebrate the holiday season every day. Players can expect fireworks, presents, dances around a well-decorated tree, and the merry laughter of their closest friends.

Players will also be able to complete eight quests during this time. The quests will award the player with various holiday rewards.

Players participated in various events during January 2021. These events include Winter Tale, Holiday Every Day, Rainy Season and Legacy of the Great ones. Additionally, Time of the Fearless and Elemental Synergy also featured.

In the Legacy of the Great One event, players had to do certain tasks in order to obtain rewards. The tasks included logging in during the special event, spending Emeralds, and opening Artifact chests, among others.

During the month, the game hosted the Scorching Days, Winds from the East and Time to Love events.

In the Time to Love event, players obtained a romantic box which featured several rewards. However, players were able to choose the reward when they opened the box. The event also featured multiple quests.

Similar to Time to Love, Winds from the East also rewarded the player with a box and featured some quests.

Dominion celebrated its birthday on 19 March 2021. As this is a seasonal event, players got to participate in it for some time. Players were able to complete various quests in order to obtain special rewards.

Players were able to participate in the Time for Pranks event. The event featured a merry masquerade box and seven fun quests. The Spring Rebirth event also occurred during this month.