Genshin Impact is a popular open world, role-playing video game. It takes place in the fantasy world of Teyvat, which is home to seven unique nations. It is important to note that each element is tied to a different element and is ruled by a different god.

The Traveller now travels with their companion, Paimon, in search of their lost sibling. However, he soon becomes involved in the affairs of Teyvat’s nations. 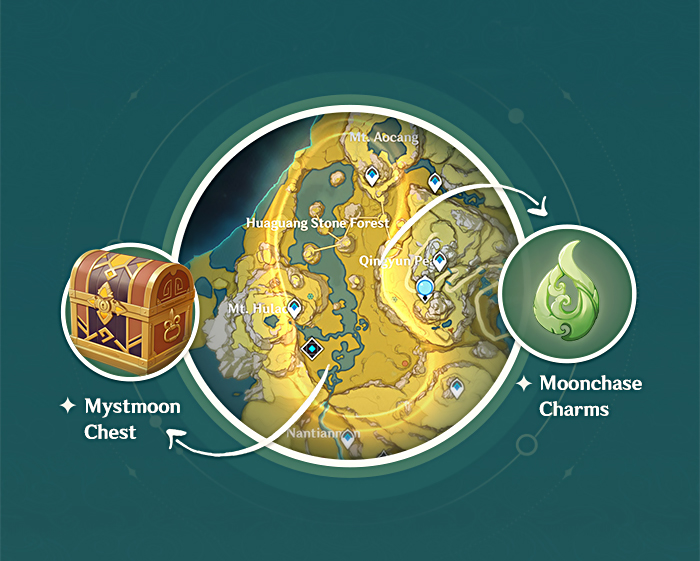 Genshin Impact invites players to control one of four interchangeable characters in a party. However, switching between characters can be done very quickly during battles. This allows the players to use several different combinations of attacks and skills.

It is important to note that players can strengthen their characters in various ways, such as increasing their level. Additionally, they can improve the artifacts and weapons that the character equips. Not only are they able to explore the world, but they can attempt various challenges for rewards.

All across Teyvat are challenges and bosses that reward valuable resources, such as Electro Hypostasis and Stormterror.

However, claiming these rewards uses a currency called resin, which regenerates over time. Completing the challenges and defeating the bosses grants players progress towards their Adventure Rank.

Players will then be able to unlock new challenges, quests and it raises the World Level. It is a measure of how strong the monsters and enemies within the world are. Additionally, it refers to the rarity of rewards that defeating them gives.

The event overview reveals that during the Moonchase Festival, the Adventures’ Guild placed Moonchase Charms and Mystmoon Chests across the land. Players needed to collect these precious items to obtain the items prepared by the Guild. 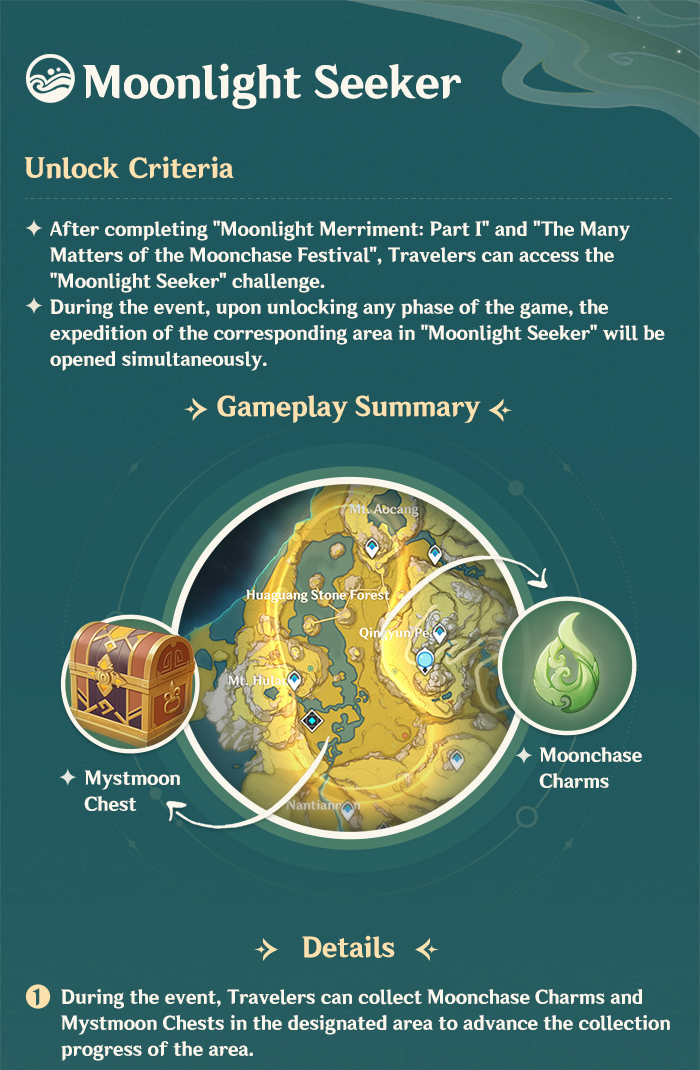 Linyang, the person in charge of this event, was very familiar with the positions of these mysterious items. To make finding these objects easier, players could ask her for help every day, as she offered hints to where they might be found.

It is important to note that players needed to meet certain requirements to participate in the event. They needed to complete The Many Maters of the Moonchase Festival and Moonlight: Merriment: Part One.

The following table indicates the stages, the name and the items available in the areas:

It is important to note that when players did obtain certain percentages of the items, they received various rewards. If players collected 50 percent of the items in the Path of Gentle Breezes area, they received four Debris of Decarabian’s City, 20 000 Mora and 50 Moonchase Festive Fever.

If players managed to obtain all the rewards in all three stages, they received a variety of rewards. The rewards included, but were not limited to:

Even though Moonlight Seeker ended, Genshin Impact will be launching the Shadow of the Ancients event on 5 November 2021.

It is important to note that only players who have reached Adventure Rank 30 can participate in the event. Additionally, they also need to complete the Flowers Blooming in Prison quest.

The event will conclude on 15 November 2021. After it has concluded, players will not be able to receive event rewards and the Ayesha Chaos Protector will disappear. It is thus advised that they join the event to obtain the special rewards before it ends. 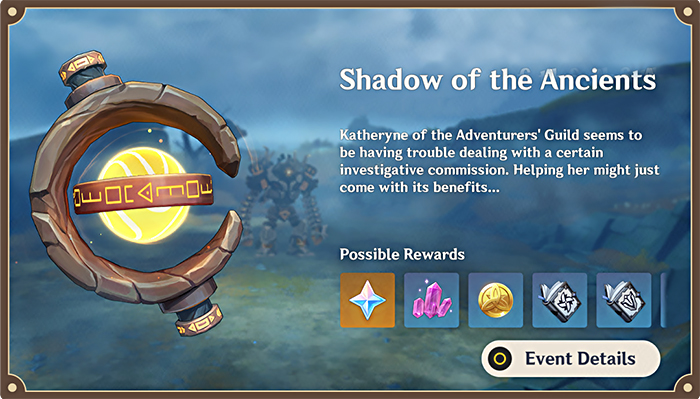