The Genshin Impact 2.1 livestream will take place on the game’s official Twitch account, and gamers can expect new banners, bosses, islands and events in the upcoming update.

Since its release in 2020, the game has been free-to-play. It is monetized through gacha game mechanics, where players can obtain new weapons, characters and other resources.

Genshin Impact takes place in the fantasy world of Teyvat, which is home to seven distinct nations. Each nation is tied to an element and ruled by a god associated with it.

The story follows a twin, known as the Traveler, who has travelled across various worlds but became separated from their sibling in Teyvat.

The Traveler travels the worlds in search of their lost sibling, alongside their companion, Paimon. However, he soon becomes involved in the affairs of Teyvat’s nations and gods.

The game continues to expand in 2021, with the team behind the hit action RPG preparing to launch its next major update on PlayStation 4, PlayStation 5, personal computer (PC) and mobile.

While the next major game update is not expected to arrive until September 2021, gamers will soon find out what the team has planned. The big Genshin Impact 2.1 livestream will confirm the next banners and character content.

When is the Genshin Impact livestream?

Genshin Impact took to social media to announce the date of the livestream. On Twitter, the game stated, “Dear Travelers, the special preview program for Genshin Impact’s new version will premiere on the official Twitch channel on Friday, 20 August 2021.” 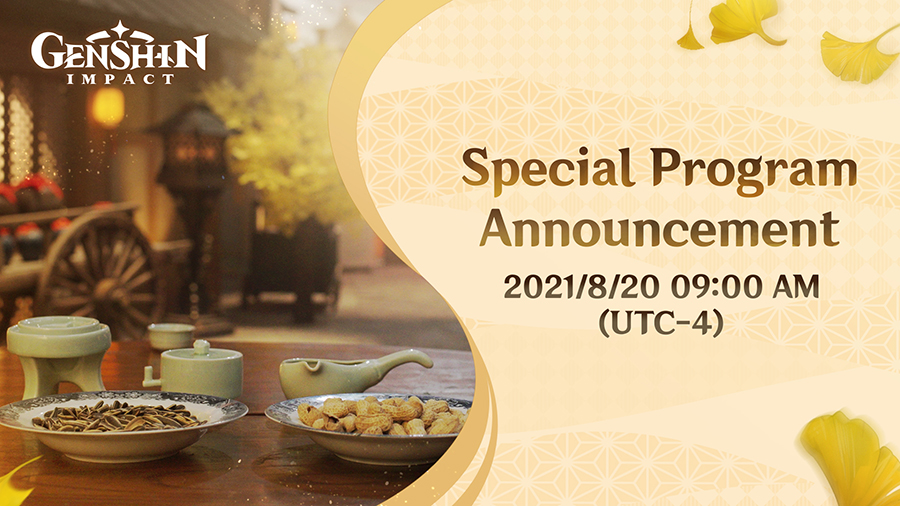 Where can gamers watch the livestream?

Gamers will be able to watch the livestream on Genshin Impact’s official Twitch channel. Those who want to watch the stream on YouTube will have to wait until later in the day for the broadcast to be uploaded and shared.

What is going to be revealed in the Genshin Impact 2.1 livestream?

The livestream will rundown the changes coming to Genshin Impact 2.1. Mihoyo, the game’s developer, is expected to confirm the launch of the Raiden Shogun, and Kujou Sara as part of the next expansions arriving this year.

That is without mentioning that PlayStation’s Aloy is expected to make the free Genshin Impact debut after update 2.1.

Meanwhile, gamers playing on other platforms will have to wait until the launch of Genshin 2.2 before they can unlock Aloy. However, Aloy is not guaranteed to unlock as soon as Genshin 2.1 has been employed. This could mean that gamers might be waiting longer than September 2021.

New banner characters are also expected to play prominent roles in the upcoming Genshin Impact 2.1, but the details have yet to be announced. The good news is that players should learn more about the official scheduling for these upcoming events during the Genshin Impact livestream.

In addition, details regarding the new additions in the Inazuma region will be revealed, as well as the upcoming events. Players can also expect to see Aloy’s gameplay during the livestream.

A cooking event, allegedly called Light Caresses the Moon, will form part of the Moonchase festival. The event focuses on players making tasty grub throughout Liyue.

It is also rumoured that a fighting tournament, known as Hyakunin Ikki, will feature in the update. Players will be able to form multiple teams of characters in order to win the tournament.

It is also alleged that fishing will be permanently added to Genshin Impact, and it will be introduced during the Lunar Realm event.

The update will reportedly add three new bosses to the game. One weekly boss and two world bosses will allegedly be added. Lastly, gamers speculated that two new islands will be added to Inazuma in the new update.

What are the new Genshin Impact 2.1 banners?

It is alleged that Genshin Impact 2.1 will host two banners. It will open with the most anticipated banner, the five-star Electro Archon, Baal. She is a Polearm user that can wield a sword while her Elemental Burst is active.

The banner will also introduce Sara Kujou, the four-star Electro Bow user. Additionally, two other four-star characters will also be available. However, their identities are currently unknown.

The second banner will be led by Kokomi, the five-star Hydro Catalyst character. She is an impeccable new healing character. It is currently unknown which four-star characters will accompany her. 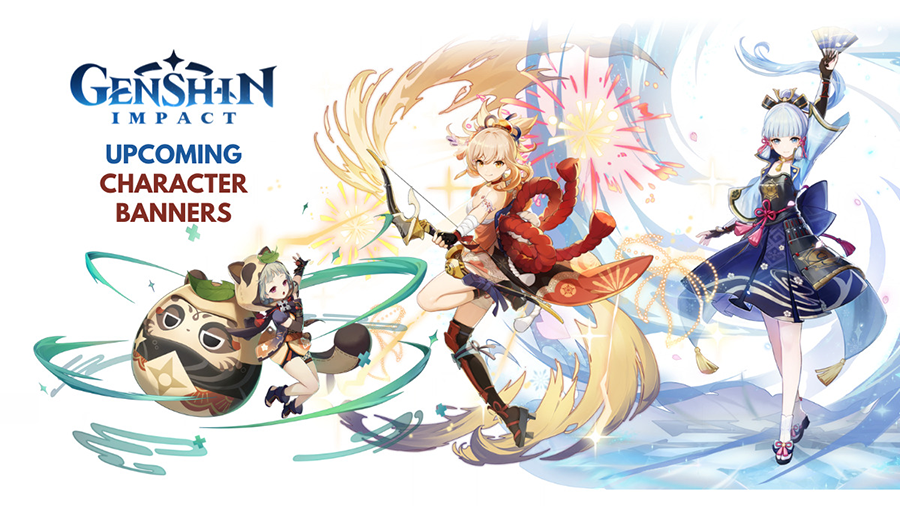