Players can follow various builds for Kujou Sara in Genshin Impact, however, it is advised that they use her as a supporting unit.

Genshin Impact is an admired open world, role-playing video game. It is set in the fantasy world of Teyvat, which is home to seven unique nations. It is important to note that each nation is ruled by a different god and is tied to a different element.

The Traveller now travels with their companion, Paimon, in search of their lost sibling, but they soon become involved in the affairs of Teyvat’s nations.

Genshin Impact invites players to control one of four interchangeable characters in a squad. However, switching between characters can be done very rapidly on the battlefield. This allows the players to use several different combinations of attacks and skills. 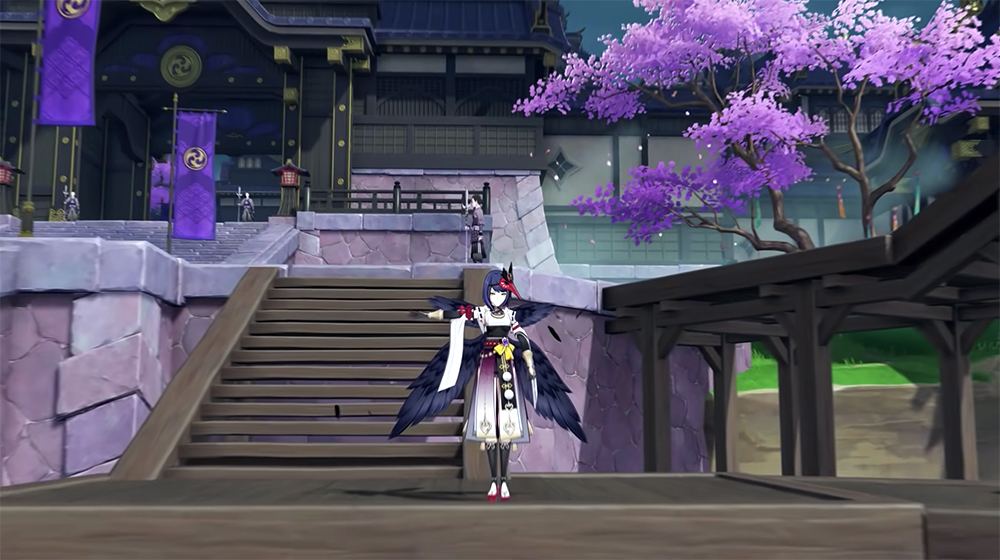 Players can use their party to not only explore the world, but they can attempt various challenges to receive special rewards. All across Teyvat are challenges and bosses that reward valuable resources, such as Electro Hypostasis and Stormterror.

However, claiming these rewards uses a currency called resin, which regenerates over time. Completing the challenges and defeating the bosses grants players progress towards their Adventure Rank. Players will then be able to unlock new challenges and quests as they increase the World Level.

The World Level is a measurement of how strong the enemies and monsters within the world are. Additionally, it refers to the rarity of rewards that defeating them gives.

The game currently features 24 playable characters, however, this does not mean that players will obtain all 24. This is because Genshin Impact is a gacha-based video game, and it locks its best characters behind the gacha mechanics.

One of the characters players can obtain through the gacha system is Kujou Sara. Players should remember that she is a tengu, which are a kind of non-human creatures of Inazuma.

However, Sara is the adopted daughter of the Kujou Clan of the Tenryou Commision. Loyal to both the Shogun and her clan, Sara carries out her orders to the Shogun’s will.

It is important to note that there are various builds for Sara that players can follow. However, it is recommended that they follow the Electro Support build. Even though Sara is not as potent as Bennett, she can fulfil the same powerful role in Electro teams.

It is important to note that Sara is not a fantastic damage dealer. However, this does not mean that players should not use her in their party. They can either equip Sara with the Sacrificial Bow or the Skyward Harp.

The following table indicates the name and a description of each weapon: 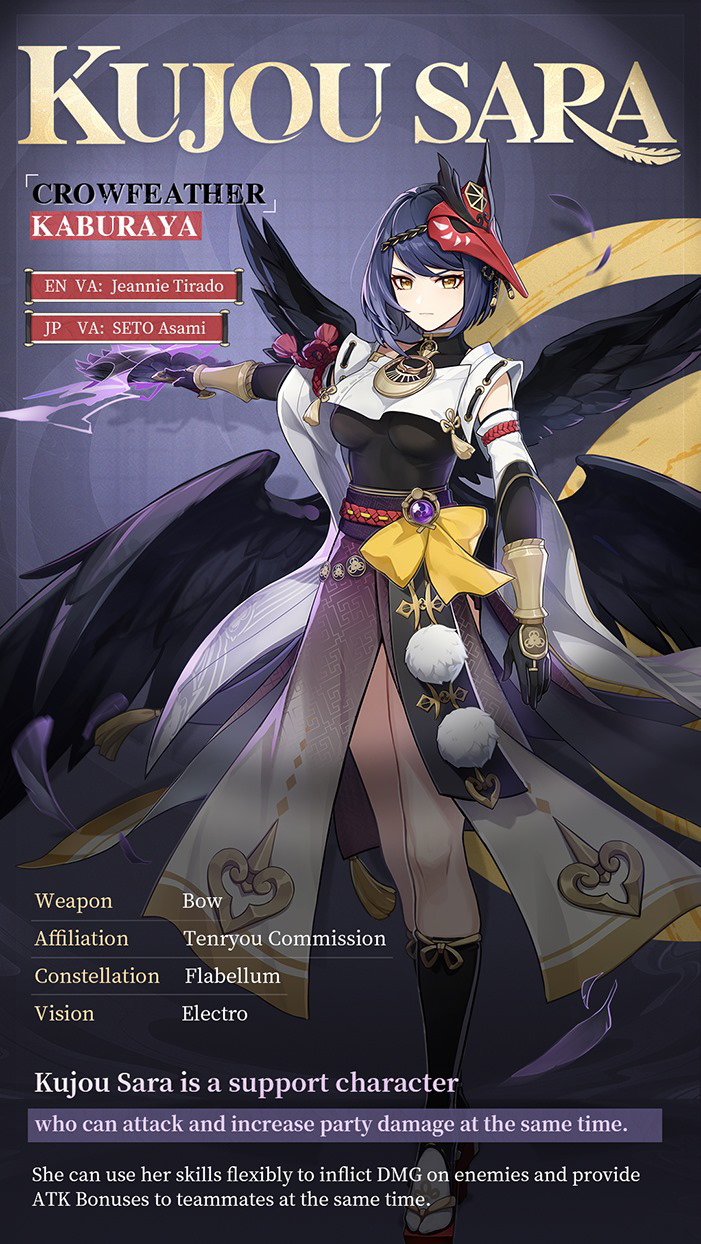 There are multiple artifacts that players can equip Sara with to increase her damage. If they use her as a damage dealer, it is recommended that they use a four-piece Noblesse Oblige artifact.

This increases the entire party’s attack bonus by 20 percent, while it increases Sara’s elemental burst damage by 20 percent. However, if players use her as a supporting unit, they can equip Sara with the Emblem of Severed Fate.

The two-piece recharges Energy by 20 percent, while the four-piece increases elemental burst damage by 25 percent of energy recharge. It is important to note that a maximum of 75 percent bonus damage can be obtained in this way.

In the Electro support build, players should use a Cyro, Hydro or a Pyro character that can hit opponents in large crowds. This means that players should build a character with a heavy-hitting burst, like Diluc.

Some players find it beneficial to include a more support-centric, sub-damage dealer in the build. It is advised that players include a character that specializes in energy recharge.

Genshin Impact invites players to control one of four interchangeable characters on the battlefield. However, they can easily switch characters, which allows them to use different combinations of skills against there enemies.

One of the characters players can use in their party is Kujou Sara. Even though there are various builds for Sara, it is recommended that players use her as a supporting unit. It is important to note that Sara is not the best damage dealer, which makes a supporting role more fitting.