Players can obtain various units in Final Gear, with the S-tier units being the best in the game, while the F-tier units are below average.

Final Gear consists of a fascinating storyline and stunning character art. It has recently been released on both iOS and Android. The strategic role-playing game from Komoe Technology Limited and FlashWing Studio allows players to explore a post-apocalyptic world. Humanity now struggles to survive and they are forced to use mobile mech suits in the midst of a global disaster.

In the game, players can collect various mech parts in order to create their own mech suits. They are then able to take on the role of Captain in order to recruit female pilots across the fictional world. The maidens each have their own quirks, personalities, occupations and attributes. Additionally, they will unlock special abilities when paired with specific custom mechs.

The official description reveals that in the year 2110, a meteor strike changed the face of the earth into a wasteland. Subsequently, humanity was on the brink of extinction. However, the people who survived worked on reconstruction to bring back a scientific and technological civilization. 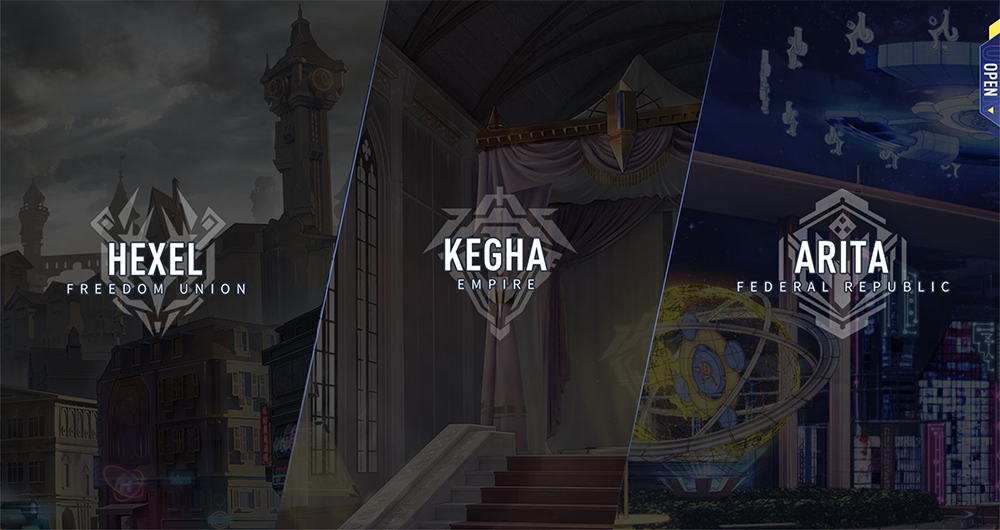 One of the mightier groups among them was Kegha. Due to their superiority, in both technology and numbers, they established a capital city. They also created a form of mobile, weaponized battle armour. This mech technology soon spread all over the lands. Three main areas arose: The Kegha, The Hexel and The Arita.

The following table indicates the name and description of places in the fantasy world of Final Gear:

In these areas, players can build a base in order to gather resources even if they are away from the game. Additionally, they can complete tactical missions with multiple objectives across different terrains and needing different strategies.

The in-game battles are set in real-time tactical maps. However, it features a side-scrolling view for a unique and action-packed experience. The game allows players to obtain over 100 pilots, each with stunning dynamic models and famous Japanese voice-actors. Players should remember that the units are divided into different tiers.

The S-tier characters are considered very powerful and they are generally difficult to obtain, while the F-tier units are not recommended for gameplay and players will collect them very fast. It is important to note that each character is also ranked according to their rarity.

Even though these characters are not as powerful as those in the S-tier, they can easily fit into multiple team setups. When players consider how difficult it is to obtain S-tier units, they can see why having A-tier characters on their team is crucial. 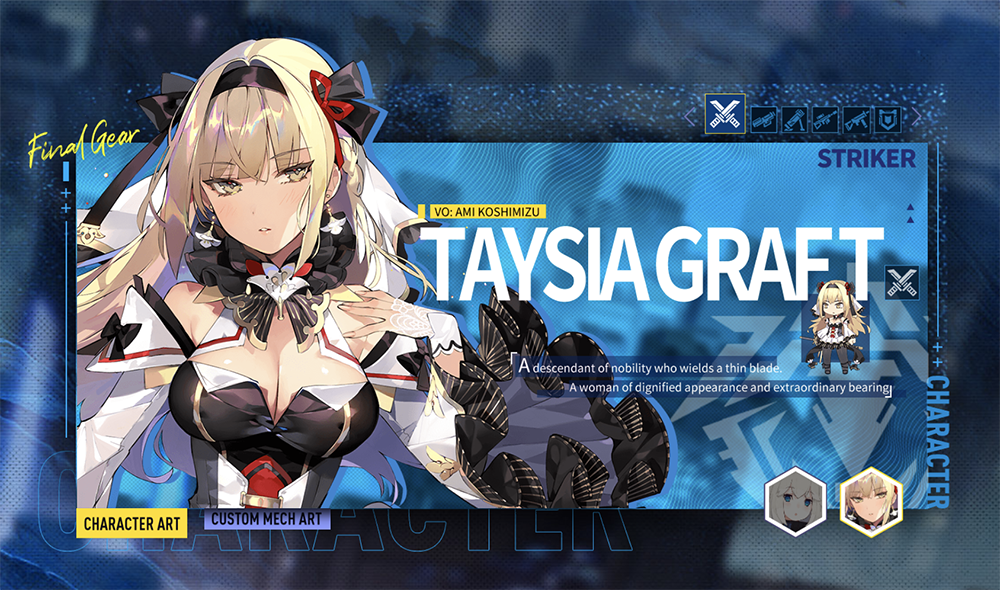 The following table indicates the names of the A-tier units, and their rarity:

It is important to note that the units in the B-tier are considered significantly more powerful than the average. That being said, the ideal use of these characters is as a stepping stone to the units that will truly make players’ lives easier. 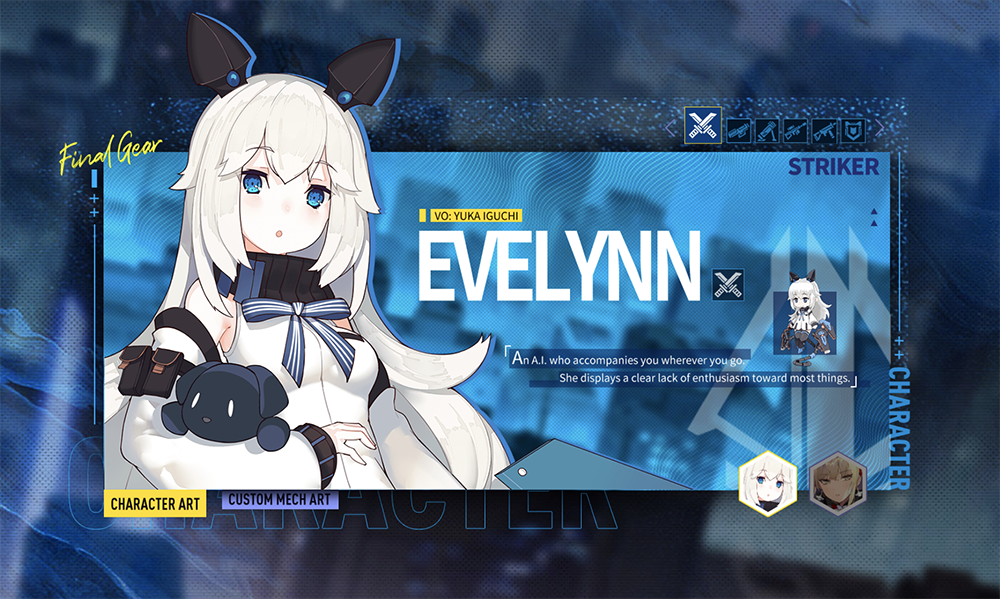 The following table indicates the B-tier characters and their rarity:

The characters in this unit are described as average. Players should remember that they would not get the same outcomes with characters in this tier, as there are characters higher on the list. It is thus recommended that players use these units as placeholders in their team until they find the ideal champion.

The following table indicates the C-tier units and their rarity:

This tier features characters who require a few buffs to be considered useful. Some players have been disappointed when they obtain a legendary champion and realize that they are not performing as well. Units in this tier work in theory, but not in practise.

The following table indicates the D-tier units and their rarity:

It is advised that players never use these units in any situation. They are considered the most common of their rarity. However, they do not belong in any meta team. The following team indicates the name of the F-tier units, and their rarity:

As mentioned above, players can also obtain rare units in the game. However, they are not as good as SSR or SR units. It is recommended that they use the following units in early to mid-game:

Similar to the Rare units, the normal characters are not as powerful as the SR or SSR units. However, some of the following units can perform well earlier in the game:

Final Gear features an in-game currency called Crystals, which can be used to summon units. It is believed that the gacha system is quite generous, as its rates for the highest rarity characters are at five percent.

Rarities are the system that collector games follow, where all the playable units in the game are divided into different rarities. However, these rates differ from game to game. In Final Gear, the rarities are as follows:

The table indicates that players have a higher chance to obtain normal and rare units. However, these units are not recommended for gameplay. Players should thus aim to obtain either a super rare, or a super super rare unit.

Players can purchase 10 pulls for 1 500 Crystals on any of the banners. Banners is the terminology which is used in gacha games, where certain units are targeted. This means it has a rate-up chance to recruit them.

It is important to note that every unit in the game has to take on a specific role, depending on their skills. This means that a unit with healing abilities should note take on the role of a tank. The following table indicates the best attackers, healers, tanks and supporters in Final Gear:

In Final Gear, players can get lost in a fascinating storyline and amazing character art. It is set in a post-apocalyptic world, where they take on the role of the Captain. The objective of the game is to recruit female pilots across the fictional world.

It is important to note that the maidens each have their own quirks, personalities, occupations and attributes. Additionally, they will unlock special abilities when paired with specific custom mechs. Players will use these units to fight various enemies and bosses.

The units are divided into different tiers. The F-tier units are not recommended for end-game, as they are not very powerful. However, the S-tier characters are considered the best in the game. The units are also ranked according to their rarity.