In FFXIV, players can obtain the Xanthos mount, however, it can only be summoned by using the Xanthos Whistle, which is obtained by completing The Howling Eye.

Final Fantasy XIV (FFXIV) is a massive multiplayer online role-playing game (MMORPG). It was initially launched for PlayStation 3 and Microsoft Windows in August 2013, as a successor to the failed 2010 version of the game.

It was later released for the Mac operating system, PlayStation 4 and PlayStation 5. It is set in the fantasy world of Eorzea, five years after the events of the original 2010 release.

At the end of the 2010 version, Bahamut, the primal dragon escapes from its lunar prison. He then initiated the Seventh Umbral Calamity, an apocalyptic event that ruined most of Eorzea.

Thanks to the gods’ blessing, players escaped the havoc by time traveling five years into the future. As Eorzea recovers and rebuilds, they must face the impending threat of invasion by the Garlean Empire from the north. 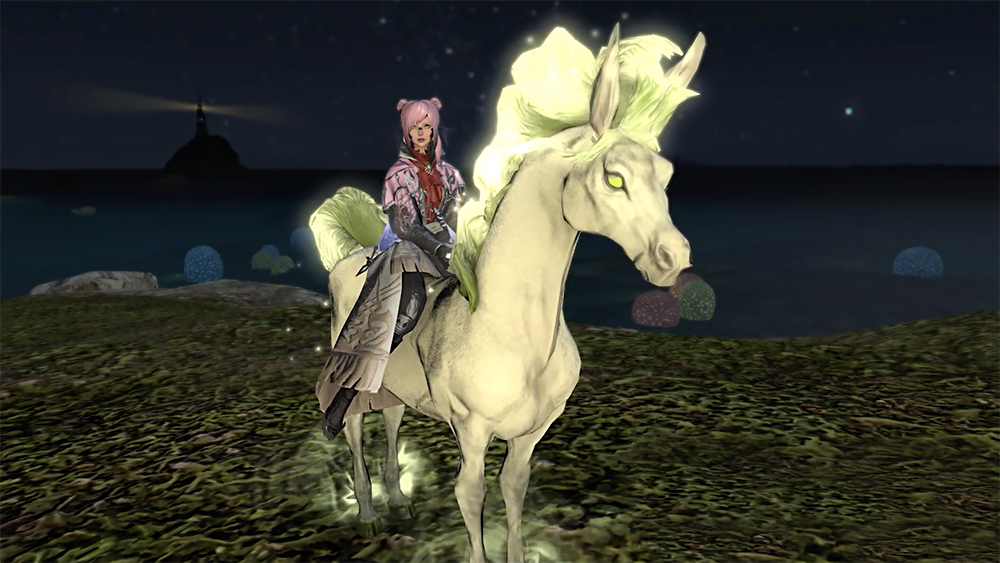 Final Fantasy XIV features an immersive world in which players are able to interact with each other, and the environment. However, before they can enter the world, they need to create a digital character. They are able to choose race, facial features, name, starting class and a gender.

Disciples of the Land are the harvesters, as they procure materials from the lands of Eorzea. After collecting the resources, they take it to be used by the Disciples of the Hand. These players have the ability to use materials to craft new objects.

It is believed that they are the backbone of the Eorzean economy. It is important to note that classes within this discipline do not participate in battle. Instead, they earn their levels by crafting various new items.

Final Fantasy XIV invites players to participate in multiple activities. However, it is recommended that they first follow the main quests before participating in other adventures. They are then able to complete various side quests, class and job quests.

It is important to note that they can obtain various items for completing quests and other content in FFXIV. One item that players can receive as a reward for finishing a specific quest is the Xanthos Whistle. When players use the item, they will summon Xanthos. It is a single rider, flying terrestrial mount.

How to obtain the Xanthos Whistle

It is important to note that players have to complete The Howling Eye for a chance to obtain the whistle. It consists out of four different phases.

The following table indicates the phases and advice on how to clear it:

Even though The Howling Eye is recommended for a group, it can be done solo. However, players should be level 70 or higher. Additionally, they should have end-game gear equipped.

If they have sufficient healing, damage and defences, the fight’s mechanics can be ignored. All damage should thus be dealt on Garuda.

It is important to note that the rewards randomly drop. This means that there is not a fixed drop rate to obtain the Xanthos Whistle. It is believed that the drop chance for the Whistle is extremely low, however, it has not been confirmed.

Along with the whistle, players can obtain different Vortex Rings, a Vortex Feather, Nightmare Whistle and a Faded Copy of Fallen Angel.

In FFXIV, players can obtain various items from completing quests and other group content. One of the items they can collect is the Xanthos Whistle. It can be used to summon the Xanthos mount. However, the item only drops by completing The Howling Eye.