Players can become a Miner in FFXIV once they reach level 10 of the starter class quest; however, levelling the skill might be very time-consuming.

Final Fantasy XIV is a massively multiplayer online role-playing game (MMORPG). It was launched worldwide for PlayStation 3 and Microsoft Windows in August 2013, as a replacement for the unsuccessful 2010 version of the game. It was later released for the Mac operating system, PlayStation 4 and PlayStation 5.

The game is set in the fictional world of Eorzea, five years after the events of the original 2010 release. At the end of the original game, the primal dragon, Bahamut escapes from its lunar prison to initiate the Seventh Umbral Calamity, an apocalyptic event that destroys most of Eorzea.

FFXIV features a persistent world in which players are able to interact with each other and the environment. The game allows players to create and customize a digital avatar to enter the world.

Players are able to choose a name, gender, race, facial features and a starting class. Unlike the original game, players may only choose to be a Disciple of Magic or War. Disciples of the Land and Hand are initially locked.

During their adventures in Eorzea, they may come across a Full Active Time Event, more popularly known as FATE. The game currently features various FATES. Players can thus either fight ravenous beasts or bandits, among others.

FFXIV players can become various classes in the Disciples of the Land, one of which is a Miner. They are responsible for the excavation and handling of Eorzea’s mineral wealth. This means that players will have to mine ores, precious stones and fossils, among others.

To fully master the advanced technique developed by the mining nation of Ul’dah, Miners undertake various tasks; from the careful prospecting of the most minute deposits, to the large-scale civil engineering.

Many players subscribe to the theory of continental drift, and take for their patron god, Oschon the Wanderer.

How to become a Miner

In order to become a Miner, players need to open their world map before selecting Thanalan. A new map will appear and players will have to travel to Ul’dah. Once they arrive at the location, they will need to go to the Steps of Thal. 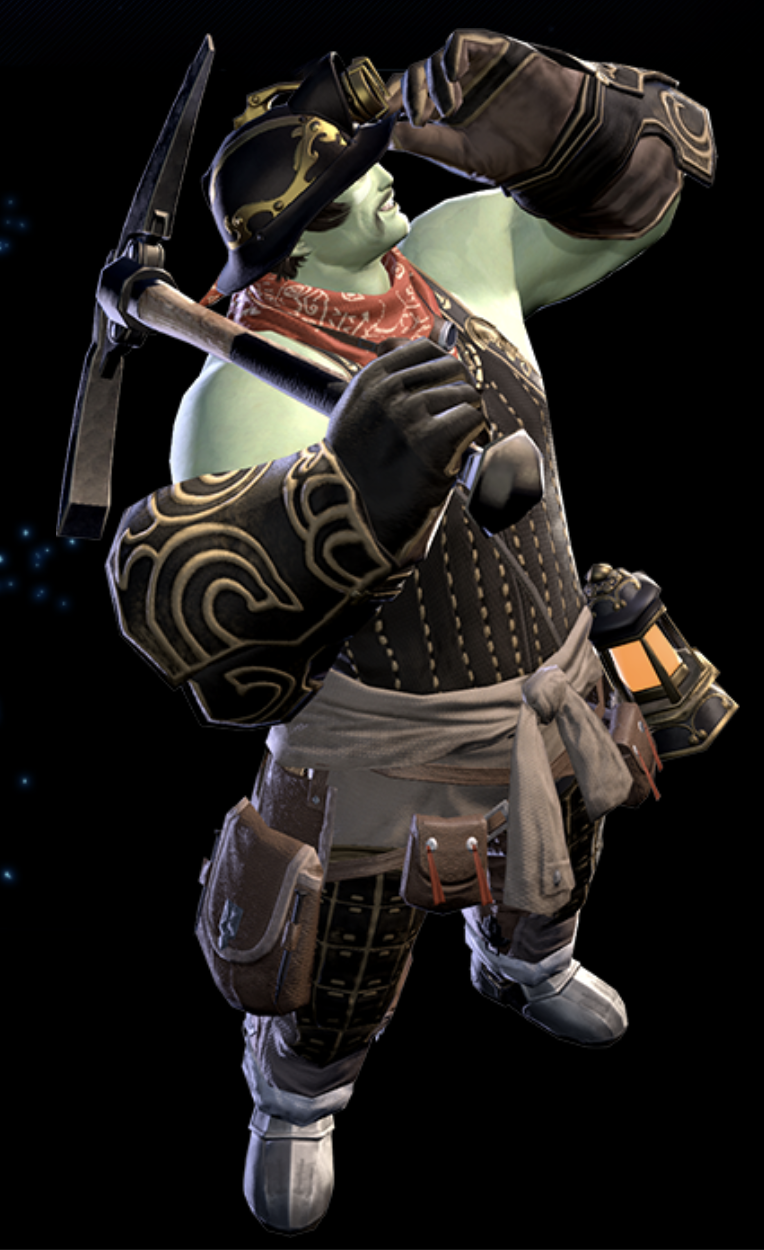 In the southern area of the Steps of Thal, players will discover the Miner’s guild. It is important to note that players need to complete level 10 of their starter class quest before they can take on the Miner class.

How to level up the Mining skill

Players should remember that Miners gain levels by collecting minerals. Players should thus invest a lot of time farming resources. However, players will need to collect different minerals as they reach higher levels.

Level one to level 6

When players first become a Miner, they will start at level one. However, players are able to level up quite quickly if they farm the correct resources. It is recommended that they farm Ice Shards, Fire Shards, Wind Shards, Earth Shards, Lightning Shards and Water Shards.

Once players have reached level seven, they will have to mine other resources to gain more levels. It is advised that level seven players mine Raw Lapis Lazuli, level nine players farm Zinc Ore, and level 10 players gather Potter’s Clay.

While level 13 players should farm Ragstone, level 14 players can mine Iron Ore and Iron Sands.

Players who have levelled their Mining skill to level 16 should mine Raw Malachite to obtain experience points, while level 17 players can farm Limestone and level 18 should obtain Raw Danburite. However, level 19 Miners should mine Sunrise Tellin and Alumen.

It is advised that level 20 players mine Mudstone to obtain the most experience points. Level 21 to Level 24 players should farm Earth Rock, Ice Rock and Wind Rock.

However, level 23 to level 25 Miners can obtain Fire Rock, Lightning Rock and Water Rock. Once players reach level 25, they can mine Silver Ore.

Level 26 to level 29 players should mine Bomb Ash. However, once players reach level 29, they should farm Brimstone, while level 30 players can move on to mining Stiltstone.

Level 31 to level 32 players can continue mining Stiltstone until they have reached level 33. It is recommended that level 33 Miners farm Raw Peridot to obtain the most experience points.

While level 34 players can mine Mythril Ore. Once players reached level 35, they should farm raw Aquamarine. 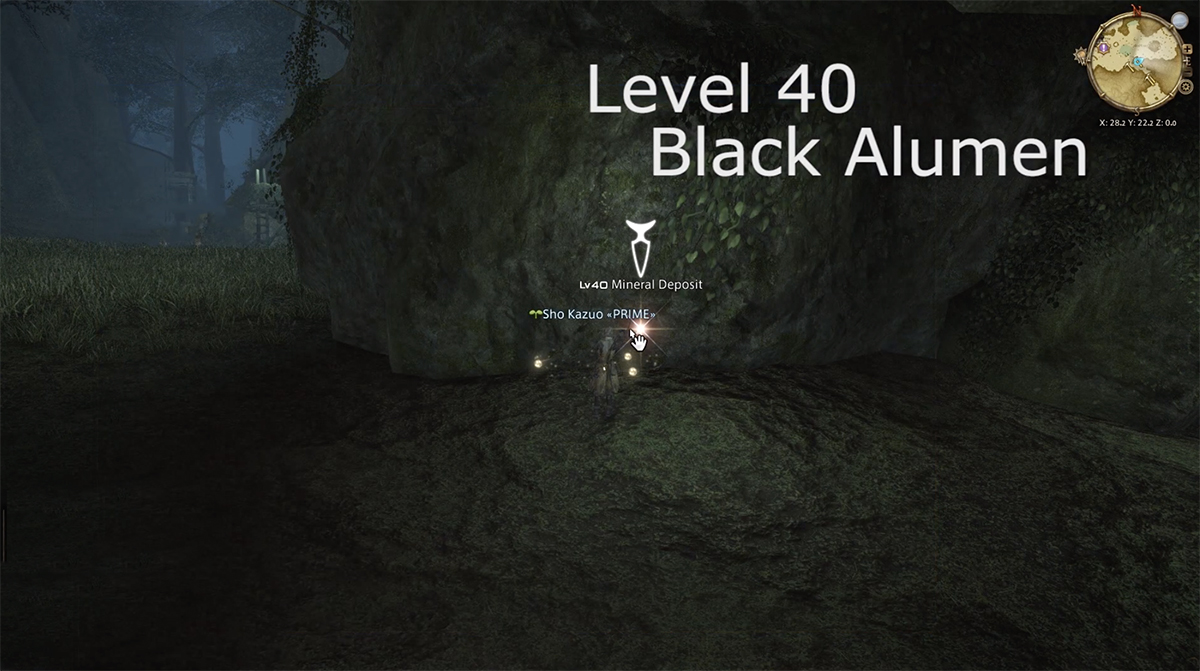 Despite the above-mentioned levelling methods, players are able to level their mining skill by visiting various mining locations. The following table indicates what players can mine at the various locations:

Once players reach a certain level in FFXIV, they are able to choose to become either a Disciple of Land or a Disciple of Hand. The Disciples of Land features various classes, including Miners, Botanist and Fishers.

Miners are responsible for the excavation and handling of Eorzea’s mineral wealth. This means that players will have to mine precious stones, fossils and ores, among others, to level up.

In order to fully master the advanced technique developed by the great mining nation of Ul’dah, they undertake multiple tasks; from the careful prospecting of the most minute deposits, to the large-scale civil engineering.

Many miners subscribe to the theory of continental drift and take for their patron god, Oschon the Wanderer.

There are various methods players can level up their mining skills. Players can either farm minerals according to their level or visit mining locations to mine distinct minerals.