Players will be able to collect the Inferno Jacket in FFXIV during the Moogle Treasure Trove event, however, it may be a time-consuming process.

Final Fantasy XIV is a well-known massively multiplayer online role-playing game (MMORPG). It was launched globally for PlayStation 3 and Microsoft Windows in August 2013, as a successor to the unsuccessful 2010 version of the game. It was later released for the Mac operating system, PlayStation 4 and PlayStation 5.

The game takes place in the fantasy world of Eorzea, five years after the events of the original 2010 release. At the end of the original game, the primal dragon Bahamut, escapes from its lunar prison. He escaped to initiate the Seventh Umbral Calamity, an apocalyptic event that destroys most of Eorzea.

Final Fantasy XIV features a persistent world in which players are able to interact with other players and the environment. The game allows players to create and customize a digital avatar to enter the world.

Players are able to choose a gender, starting class, race, facial features and a name. Unlike the original game, players may only choose to be a Disciple of Magic or Disciple of War. Disciples of the Hand and Land are initially locked.

Players are able to equip their digital avatars with a variety of gear, one of which is the Inferno Jacket. For years, players could only purchase the item in the Asian Mog Station.

However, it will soon be tradeable in the upcoming event. The Moogle Treasure Trove event will officially start on Tuesday, 19 October 2021.

The jacket features eight Defence points and 16 magical Defence points. It is a body item and it can be worn by all the classes in the game. It is important to note that the jacket is extractable, projectable and dyeable. 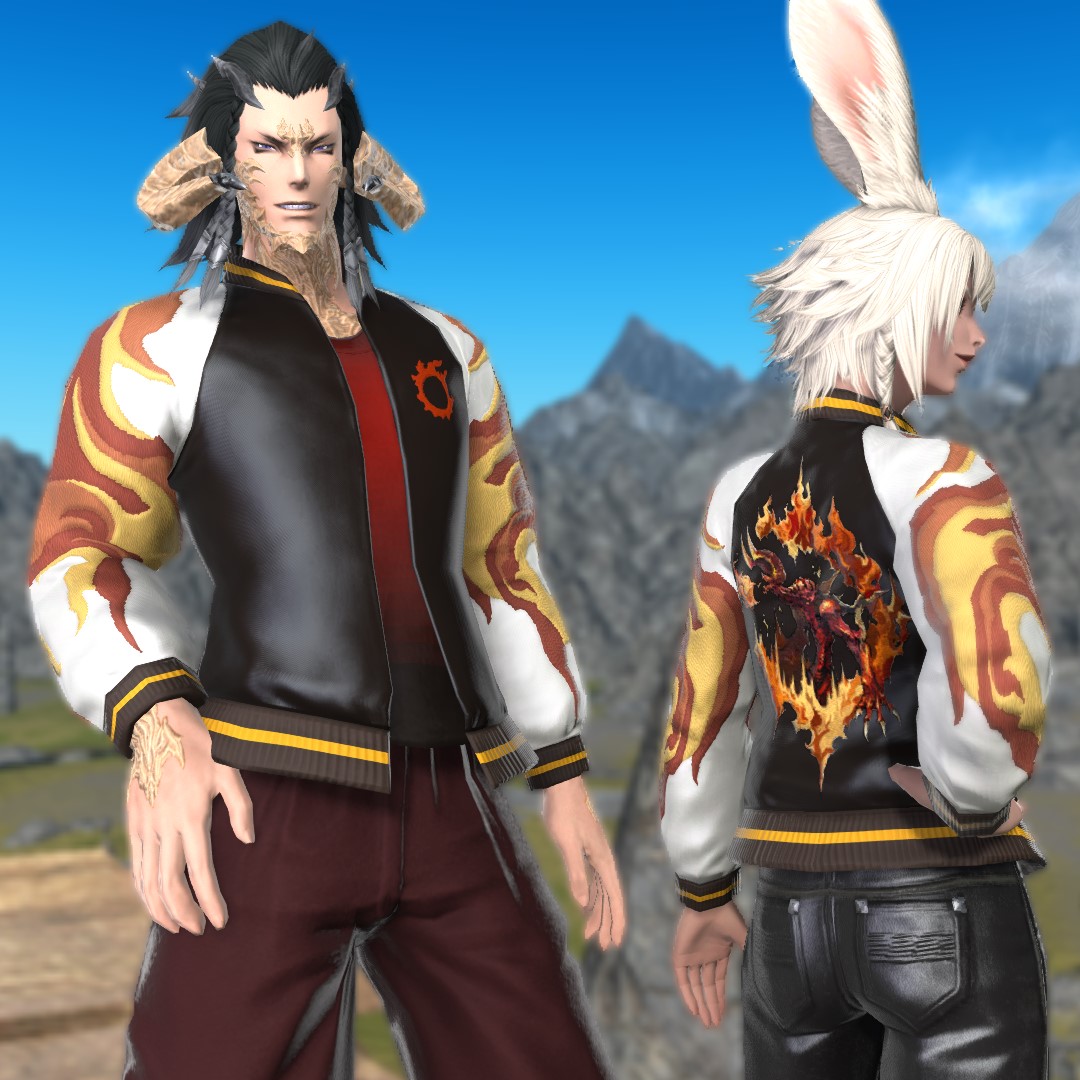 How to obtain the Inferno Jacket

Players interested in collecting the Inferno Jacket should collect 100 Tomestones of Lore. Even though it is not complicated to earn, it can take a while to get enough Tomestones to purchase the jacket. Players can obtain the Tomestones of Lore by completing various dungeons in FFXIV.

The following table indicates how much Tomestones of Lore players can earn in specific locations:

FFXIV players are able to obtain the Inferno Jacket during the Moogle Treasure Trove in-game event. However, it may take some time to collect it as players need to obtain 100 Tomestones of Lore.